One of the world's leading experts on period Ferraris is planning something considerably more modern... 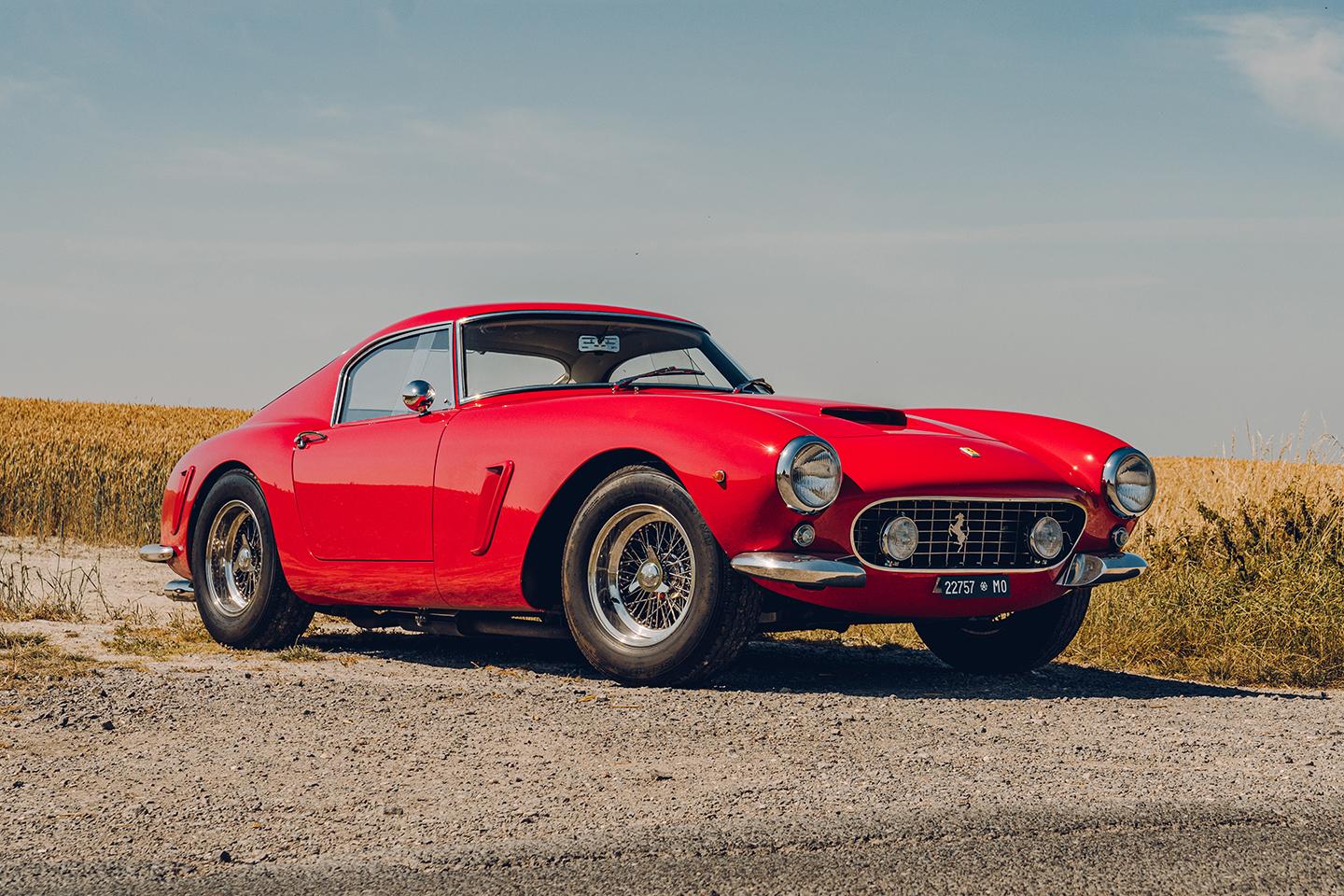 It's not long since the phrase 'replica car' was loaded with negative connotations, likely to trigger thoughts of the sort of wonky fibreglass Fauxaris that would look unconvincing if viewed across a foggy field from the wrong end of a pair of binoculars. But as an increasing number of manufacturers have rediscovered a love for their past, and for charging large sums of cash for officially sanctioned 'continuation' models, so the high-end recreation has gained respect. A proper replica can be every bit as good as the original, sometimes even better.

Berkshire's GTO Engineering has developed a stellar reputation for both near-perfect replicas of early 'sixties Ferraris - specifically the 250 GT - but also for doing high-end restoration work on genuine cars. But while this is a profitable niche, the company has considerably bigger ambitions. It has just announced plans for a new model, codenamed Moderna, that will sit somewhere between old and new, featuring the compellingly unlikely combination of 'sixties styling and a carbon fibre structure.

I got to drive one of GTO Engineering's 250 GT SWB Competizione replicas earlier this year (pictured), the experience that sits close to the top of the modest list of highlights from 2020. As I don't move in the sort of circles to allow me to regularly experience eight-figure 'sixties Ferraris from the golden age of sports car racing I can't report on how well GTO's car compares to a true original. But it certainly looked pixel-perfect, went like stink and made the sort of noises that I hope will soundtrack the afterlife, snorting through its carburettors on part throttle and snarling like a Mille winner when fully unleashed.

But perhaps the biggest takeaway from half a day driving what was effectively a vintage Ferrari through the real world was how exciting it felt without getting too naughty. Something that GTO boss Mark Lyon says has played a pivotal role in planning for the Moderna.

"I think more modern car people have been getting disenchanted with the latest hypercars and supercars," Lyon said in PH's phone interview, "we do drive them here, and we often say that if you put on a blindfold you wouldn't know which one you were in. We've got cars that are incredibly fast and incredibly capable, but the fact that almost all the new hypercars are tested on track is because that's the only place you can drive them safely and legally."

Lyon has been toying with the idea of creating a modernised car for some time. Many buyers of replicas order them with non-period features, with air con and audio systems being popular. The Modena will go considerably further than that, while still keeping much of the core appeal of the older cars.

Design is clearly inspired by that of the 250 GT SWB there will be some obvious visual differences. The car will feature a Zagato-style double-bubble roof, and the plan is to incorporate modern lighting elements front and rear. Wheels will be bigger to accommodate larger brakes. Beneath the surface are bigger changes, with the planned use of a carbon fibre bodyshell which will be made by a third party. This will have aluminium subframes front and rear, and the plan is for doors and bonnet to still be made from alloy so they close with the right feel and weight. The interior will be considerably more luxurious than the stripped-back cabin of the original cars.

The targeted weight for the Modena is just 1,000kg - pretty much the same as that of an original 250 GT SWB, but it will still be substantially quicker. Lyon says that it will use a DOHC V12 rather than the period appropriate single-cam 'Colombo' engine that was used in the 'sixties. This will get fuel injection and intake trumpets, and although there is no official power target yet it will make significantly more than an original engine. Given how rapid the replica 250 felt with around 315hp, any increase is going to raise excitement levels.

"It will be quicker for sure," Lyon says, "but we want to make sure it is a very analogue car, not something that is so capable of going fast it becomes dangerous to drive it on the road. The short wheelbase isn't as fast as a fast car from today, but you can have a lot of fun in it at relatively low speed. We want to take it up a notch or two but still keep the same feeling."

For the same reason, Lyon says he is only planning to offer the Moderna with a conventional manual gearbox. "I'm not really a fan of most of the latest automatic gearboxes," he admits, "I don't think they'd suit a car like this." One thing it definitely isn't going to be is cheap. The replica 250 GT SWB starts close to seven figures - compelling value compared to an original car - and Lyon admits the Moderna is set to be more expensive. Proper hypercar money, in other words. But Lyon is still confident in finding a niche for a limited number of cars.

"What will people buy it instead of? It's a good question. I think it's an almost unique offering, of course - it's not a Pagani or a Koenigsegg, but it's not a recreation or something like an Eagle E-Type. I'd say the best way to think of it would be as something between the Eagle and the Singer 911 and one of the modern hypercars."

Lyon admits he doesn't know what sort of reaction the Moderna will receive now it has been shared with the wider world; he says that he has been thinking about it for more than 20 years. Even without it, GTO Engineering is both busy and successful. But if the company can bring the same attention to detail it lavishes on its recreation cars then the results could be truly spectacular.