The Tommi Mäkinen Edition is 20 years old this year. Dan woke up at 4am to celebrate... 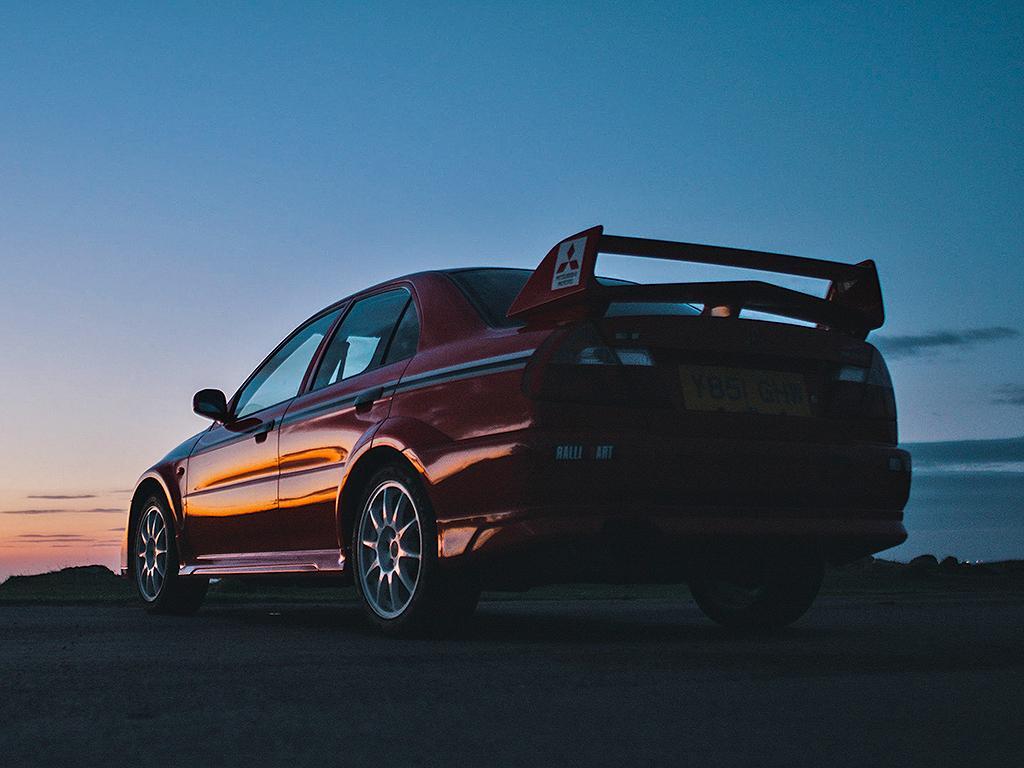 You can't fault my timing. It was while driving away from Mitsubishi Motors UK's HQ in Cirencester aboard its heritage fleet Lancer Evo VI Tommi Makinen Edition that news broke about the parent company effectively pulling out of the UK. By allowing its current models to see out their days but not replacing them, Mitsubishi will slowly withdraw from Europe altogether.

And for the entire time that I had the Tommi Makinen Edition in my possession (I'd borrowed it to shoot the Rise & Drive video you can watch below), I wondered to what extent Mitsubishi's failure to make itself profitable and sustainable across Europe could be put down to the Evo's sorry demise several years ago. Probably none whatsoever. But the halo effect - where very sporty models that sell in tiny numbers radiate a kind of prestige down upon the big-selling mainstream models, thereby making them more desirable - is a very real thing. I haven't longed to own or even drive any Mitsubishi since the Evo was last sold in the UK in 2014 and I suspect that's true for many of you as well.

The Evo's days were always numbered. The four-door, four-wheel drive performance icon needed to reinvent itself entirely to remain competitive against a new breed of European hot hatches, and it demonstrably failed to do that. The Evo and its arch rival, the Subaru Impreza, genuinely offered something you couldn't get elsewhere throughout the Nineties and the early part of the Noughties. But as the years rolled on and the likes of the VW Golf GTI became properly well-engineered hot hatches and the BMW M135i arrived offering similar straight-line thrust, Evos and Imprezas looked increasingly daft with their boy-racer rear wings and hopelessly low-rent interiors. The most powerful Evos needed to be serviced every 5000 miles and - honestly - who could be arsed with that?

But I think there was another factor that played an even bigger part in the fast Lancer's downfall. A highly-strung, cheaply-appointed performance car with a massive spoiler on the back, a gravelly 2-litre turbo engine beneath the bonnet and a heavy four-wheel drive system slung underneath actually doesn't have a great deal of inherent desirability, at least not to me. It is the direct tie-in to a world championship winning rally campaign that makes sense of that recipe - winning rallies and world titles at hilarious angles of oversteer was the glue that held it all together. Take away the rally cars and the whole Evo thing (and with it the Impreza thing as well) suddenly loses the better part of its appeal.

How unlikely it must have seemed just before the turn of century, as Tommi Makinen scooped up his fourth consecutive drivers' title aboard an Evo VI, that Mitsubishi might one day not have a World Rally Championship programme at all. The Japanese marque pulled out of the series at the end of 2005 as a factory concern after enduring several fruitless seasons. From that moment on, the Evo road car was living on borrowed time.

The model that was built to commemorate Makinen's extraordinary WRC success remains the most sought-after Evo of the lot. Some 2500 were built so it's nothing like as rare as the Impreza 22B or P1 (400 and 1000 examples, respectively), which means you don't have to remortgage your house to buy one. That's a very good thing, because the TME, as it's known, is a genuinely brilliant car of any type, not only of this rally replica genre that shone so brightly for several years until it burned itself out. Values are on the rise, but £25,000 still buys a good one.

The highlights? How masterfully the suspension allows each wheel to rise and fall over the shape of the road, keeping the tyres firmly pressed into the surface where they generate strong and consistent grip, but while also keeping the body under taut control. And the four-wheel drive system with the Active Yaw Control differential in the rear axle, which in the dry just confers boundless traction and agility when powering away from a bend, but in the wet makes the car playful and adjustable on the limit. Also the turbocharged engine, now more than two decades old but still so sharp of throttle response, so strong of mid-range torque and so vibrant of top-end that it seems modern even now.

In 2020, the Evo VI Tommi Makinen Edition celebrates its 20th anniversary. That seemed like reason enough to set my alarm for 4am and seek out some great Welsh mountain roads while they were still deserted. I hope you enjoy the video.