Arguably the most influential hot hatch of the last decade went off sale this week. Dan looks back... 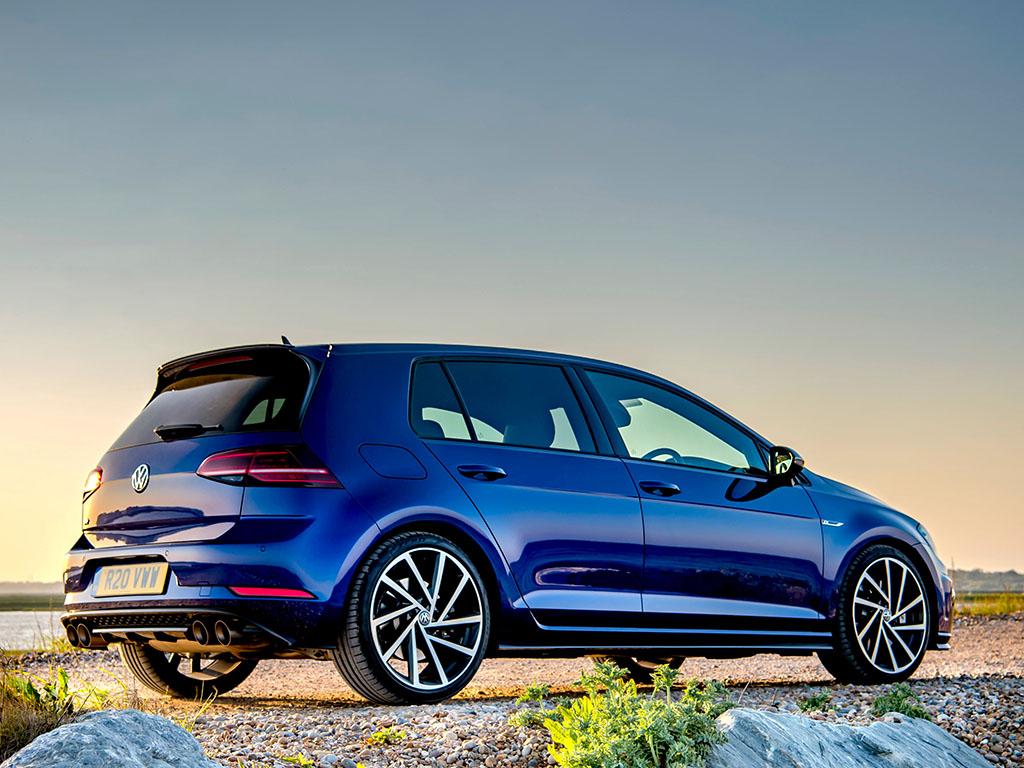 Well, that's it. If you didn't get your order in for a Mk7 VW Golf R this week, I'm afraid that ship has sailed. From close of play on Wednesday no more new orders will be taken and one of the most discreetly brilliant performance cars of this century so far will be available only from existing dealer stock or as a second-hand purchase.

The Golf R didn't do instant gratification. Instead it revealed its brilliance over time, its qualities making themselves known to you only after you'd hacked along a rainy motorway in it, and piled people and stuff into it, and battled city centre rush hour traffic with it, and hammered it along a really good stretch of B-road. And it took me a little while to work that out.

Absolutely the worst scenario in which to sample a car like the Golf R for the first time is one of those end-of-year car magazine tests that pitch the best supercars, sports cars, performance saloons and hot hatches of the past 12 months against one another, always in some idealised setting, to crown that year's best new car. And in the company of a Ferrari 458 Speciale, McLaren 650S, Jaguar F-Type R, Porsche Cayman GTS and others, and on the ribbony roads that bend themselves over the Scottish Borders, an all-rounder like the Golf R was never likely to shine brightly. I drove it, thought it competent enough, and jumped straight back into the Renaultsport Megane 275 Trophy-R that was more raw, more uncompromising and so much more exciting to drive.

A few months later it would be my enormous privilege - though I didn't realise it at the time - to run a Golf R as my everyday car for a year. It had dark blue paint, five doors, the smaller wheels rather than the flashier 19s and black leather. It might have been the subtlest 300hp hot hatch on the road in Britain at the time. It didn't turn heads or draw comments, and I don't remember anybody trying to goad me into a street race. But for the quad exhausts (entirely unnecessary for that same number of cylinders) and the discreet R badging, it could have been any other Golf.

Only when you'd figured out how easy the car was to use day-to-day - how comfortably it rode and how civilised it was at motorway speeds, plus how sure-footed it felt in soggy conditions - did you begin to appreciate its competency at the more titillating end of the driving spectrum. For any car to be that undemanding in one moment but then so capable when catapulted along a winding road the next is quite something. For an affordable hatchback with very humble origins to manage it? Well, that's worth celebrating.

There was no real adjustability in the Golf R's chassis, but acres of stability. It generated its steadfast grip on the road not through uncompromising compounds and aggressive tread patterns, but brilliantly pliable suspension that allowed each wheel and tyre to trace the changing surface of the road, keeping all four contact patches pressed firmly into the asphalt. Whereas so many other performance cars thump and thud their way along a tricky road, the Mk7 Golf R always seemed to glide.

It steered crisply and accurately, and although the front-biased four-wheel drive system was never able to overpower the rear axle and make the car behave like a Nineties Impreza or Evo, it did at least mean every one of those 300hp would find its way to the road surface and not be spun away. The R had its limits, though. And as you approached them, what you found was not knife-edge balance or any kind of playfulness, but gentle understeer and nothing else. On circuit in particular, the fastest Golf revealed itself to be less rewarding than the front-wheel drive GTI.

You wouldn't have called its 2.0-litre, turbocharged four-pot an evocative engine, but it was crisp, energetic and muscular right the way through the rev range. The car I ran for a year had the six-speed manual, a perfectly decent gearbox but not as well suited to this very versatile, more grown-up sort of hot hatch as the seven-speed DSG for my money (which became the only transmission option later on in the car's time on sale).

Since the day it arrived, the Golf R was far and away the best car of its type. You'd need a Renaultsport Megane or a Honda Civic Type R to really set your world ablaze, but of the premium-badged, four-wheel drive hot hatch brigade, the VW was peerless. Not even the Audi S3 with which it shared a platform and drivetrain was quite as good. And when I tested a Golf R alongside the Mercedes-AMG A35 last year, it was the VW that came away victorious.

You can tell a basic formula is right in the car world when rival manufacturers hurry to imitate it. The A35, and now the BMW M135i xDrive too, are so technically similar to the Golf R it'd be almost impossible to identify one from the other based on their tech specs alone: front-biased four-wheel drive, 2.0-litre turbo engines, paddleshift gearboxes, something like 300hp. That basic configuration just works.

The question now, as the Golf R takes its leave, is whether or not its latest challenger will finally be the one to topple it. The BMW is a difficult car to like based on looks alone, but its cabin feels two generations newer than the VW's and it's very talented out on the road, too. Better than the R? You'll find my own thoughts on that in the video below.

I hope VW is brave enough to simply transpose the Mk7's core attributes directly onto the new Mk8 version, perhaps with a shade more power. Online reports suggest the third model in the series (or the fifth if we include the earlier R32s) will have as much as 400hp and perhaps hybrid assistance as well. Whether or not any of that will make the next Golf R better than the old one remains to be seen. VW certainly has its work cut out.