Matt bids an emotional farewell to the much loved GT86 Primo 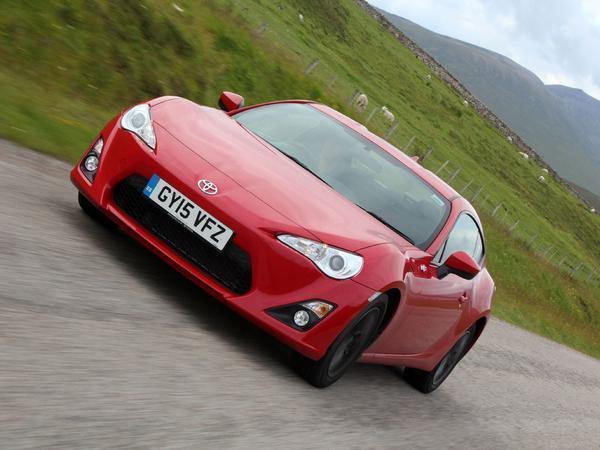 It was all planned so nicely: the GT86 had to go in for its paint repair shortly before returning to Toyota, so a proper farewell drive had to be sorted for the morning of its collection. An attempt on the previous Sunday had failed miserably when the planned route was nowhere near as interesting as it looked on the map, so this was the last chance. It would only be the roads around Chobham, not too far from the office, but it would be early morning and a chance to have one last drive in 'my' GT86. Plus I could have breakfast at the Old School Cafe. Perfect. 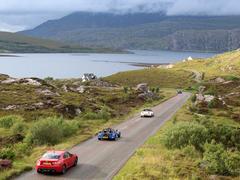 That didn't happen. Because the body shop was close to Toyota's press office, they collected it and there was no chance for a proper goodbye. Leaving my last drive in it a rather miserable slog across a sodden M4. Very far from thrilling.

It wasn't exactly how I wanted the loan to end, but there are more than enough positive memories to outweigh that. Fortunately the last few weeks with the GT86 were just as the previous 20 or so had been - marvellous, in a word - which means this end-of-term report can be almost entirely positive.

The GT86 isn't perfect, mind. Even the most ardent of fanboys would struggle to say that. It desperately needs tyres that can do the chassis justice and the noise it makes as standard is fairly bland. I'm yet to meet anybody who disagrees with those. The power debate could of course run and run; for me 200hp feels fine, but the prospect of some N/A tuning to about 225hp would be hard to refuse if the car were actually mine.

That being said, even as standard the GT86 was terrific. In a world where cars like the bloody Audi SQ7 exist, to drive a front-engined, rear-wheel drive coupe with an atmospheric engine and a weight around 1,200kg is an absolute tonic. It's a superb reminder of why we put the effort into learning to drive properly and why it's so rewarding: rev-matching downshifts, dealing with under- and oversteer and working for the performance on offer, instead of just bludgeoning your path on a wave of turbo torque and whip crack (automatic) gearshifts. 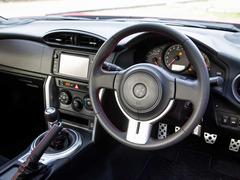 Not pretty, but the basics are spot on

Moreover, there's all this fun and satisfaction in a Toyota sold with a five-year warranty. It's the perfect cake-and-eat-it scenario: an exciting sports car with Japanese reliability. Over our 9,000 miles or so with the car it was faultless, as you would expect, so it would be interesting to see if real owners have found similar with more time driving the car.

Now it's only reasonable to state that I liked the GT86 before it arrived; with a long-term loan the opportunity was there to see if the fun from short tests was more deep seated. I can happily report that it most definitely is, the little red Toyota always a joy to return to even after supposedly more exotic cars. It feels superbly well engineered, like it's been developed by people who really care about driving.

Yes, you can go faster for less money than a GT86 and, yes, the deals on them aren't great. But the GT86 really isn't a numbers car in any sense; it's about driving for the fun and enjoyment of it, which is kind of what we're here for. If you're really that fussed about which diesel is going to out accelerate you from the lights the GT86 is never going to appeal. I think it's an entirely daft comparison but there we are.

If you like driving for driving's sake though you really must try one. The only car at the money that feels similar in terms of driver reward and depth of engineering is the Renaultsport Megane; as standard I would still opt for the Renault, but I think the Toyota is a better set of tyres and a more exciting noise away from changing my mind. Plus, if you like cheeky little drifts out of junctions then there's only one choice... 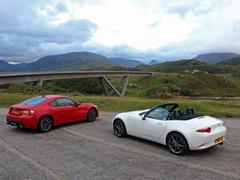 Older but still a tad more fun than the MX-5

More seriously though, we need to buy and enjoy cars like the GT86 while we still can. How long have we got with non-turbocharged, manual sports coupes? As turbos and automatics continue to improve, the regular car buyer will no longer have any interest in relatively labour intensive sports cars. The enthusiasts must prevent this! I really don't think you will regret it.

So GY15 VFZ will be missed a little at PH. I'm not the only one sad to let a GT86 long-termer go either, Matt Prior at Autocar doing 30,000 miles in his and saying to me last year that it's one of very few new cars he would buy with his own money. You and me both Matt! Right after my DC2 Integra, E46 M3 and VX220... If a PHer does come across the red Primo, I'd love to know about it as I appear to have become rather attached. Fortunately there's another Japanese car taking its place though, this also with a great manual gearbox and a limited-slip diff. More on that soon!

Previous reports:
Press car without a single option? Welcome the GT86 Primo!
Three thousand miles in a month gets the '86 run in...
A less exciting month for the GT86 but it's still great!
Fun in the sun with the GT86
Track day hooning to motorway eco driving
The '86 is great as standard, so what about a tuned one?
Another driver, another member of the GT86 fan club