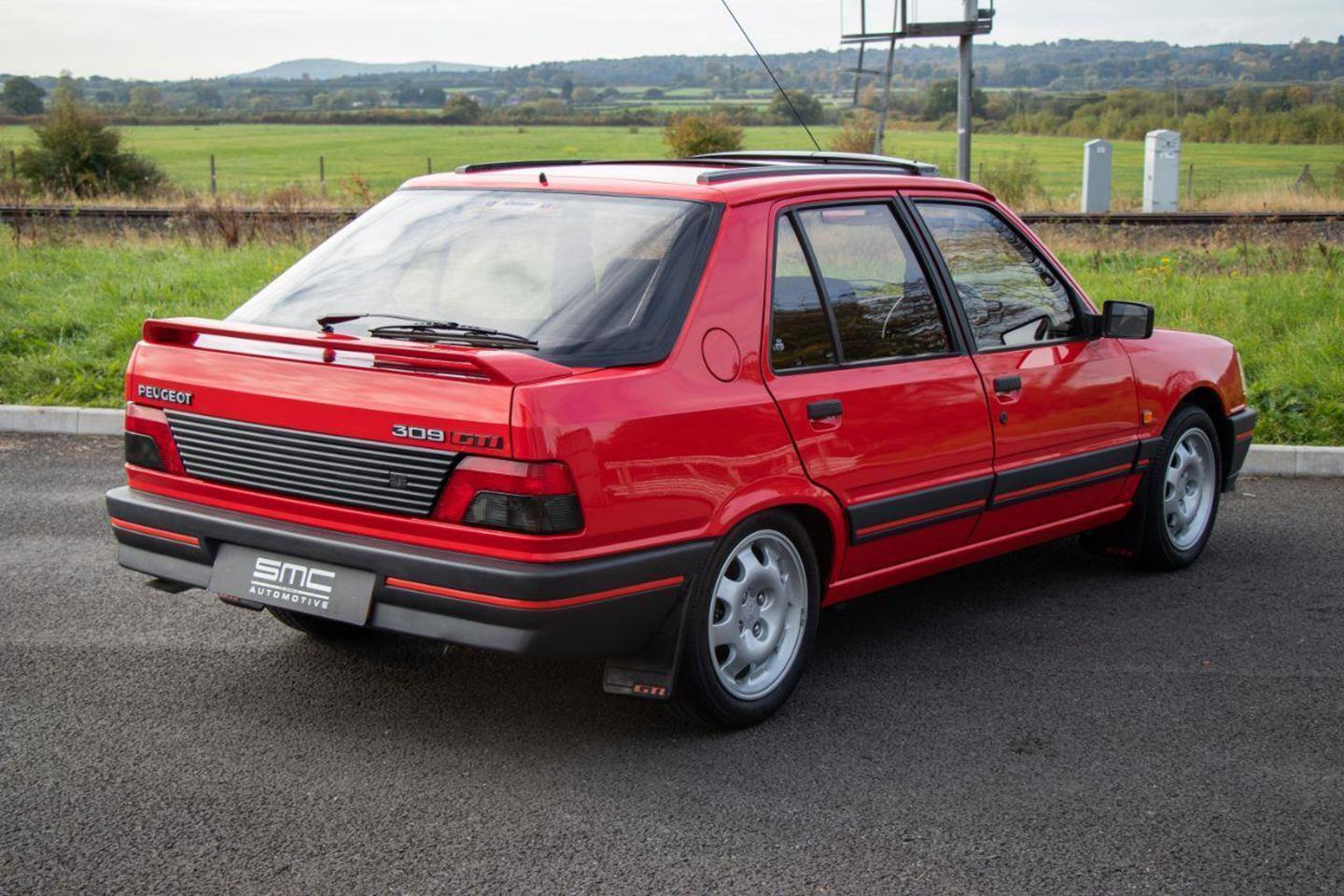 Thanks to social media and online classifieds, we've all seen by now our fair share of incredible secondhand finds. It could quite reasonably be said, in fact, that we've seen it all by 2021, with every celebrity owner, bespoke specification or barn find seemingly discovered. Then the 142-mile Peugeot 309 GTI emerges - we haven't seen it all. Not by a long chalk.

It's difficult to know what's most staggering about this 30-year-old Peugeot. Bless it, the 309 GTI was never the most popular car when new, any handling advantages over the 205 afforded by its longer wheelbase offset in the eyes of buyers by dumpier styling. It's said that five 205s were sold to each 309 - and that's now a very long time in the past.

Moreover, this wasn't a luxury saloon or a city car; the 309 really was one of the best hot hatches of its era, and by extension of all time. Any that have survived - the ad suggests there is now 15 205 GTIs out there for every 309 - and that haven't been wrapped around a tree at some point would surely have plenty of miles under their wheels. Because a 309 GTI is absolutely brilliant to drive - why on earth wouldn't you?

Yet here we are, with a 30-year-old example of what was once a pretty affordable driver's car - just the thing where the miles would be racked up - with just 142 miles showing. That's little more than London to Brighton and back since 1991. According to the advert, the 309 was stuffed into storage pretty soon after first registration as the owner was required to work overseas. And there it remained for a jolly long time, a proper time capsule car, emerging from its slumber in 2016 for the first MOT - with 124 miles on the clock. Since then it's accrued precious few more but always returned for its annual test, the most recent ticket issued at 136 miles and running until May.

In the pics it's little short of perfect, Cherry Red paint gleaming as it would have back when the USSR was disbanded. Frustratingly the advert doesn't have any images of the interior, though it's described as a "fabulous place to reside" with unworn carpets and the factory fit Clarion 97001F stereo still present. The details are glorious, too, from the GTI mudflaps to the rear window dealer sticker and old school Goodyear tyre font - it's antique as much as automobile, one to be handled with kid gloves so as to preserve the incredible patina.

Could you drive the 309? It would seem a disservice to one of the hot hatch heroes not to, but this really is a one-of-a-kind classic; the angst of it seeing rain for the first time, or if a lorry came too close, might undermine any fun derived from using a great GTI. Perhaps it could be rolled out for the odd classic show or exhibition, but this 309 seems destined to remain in some kind of collection. Which, though it pains us to say, is probably the right thing for it. Still, if this has rekindled your affection for the unloved GTI, this 309 has a much more sensible - if still very low - 35k recorded. And instead of £30,000, only £18k is needed for this one. Perhaps the Peugeot isn't so unloved now, after all...