Mercedes-AMG A45 S not doing it for you? The Audi Sport alternative is right around the corner... 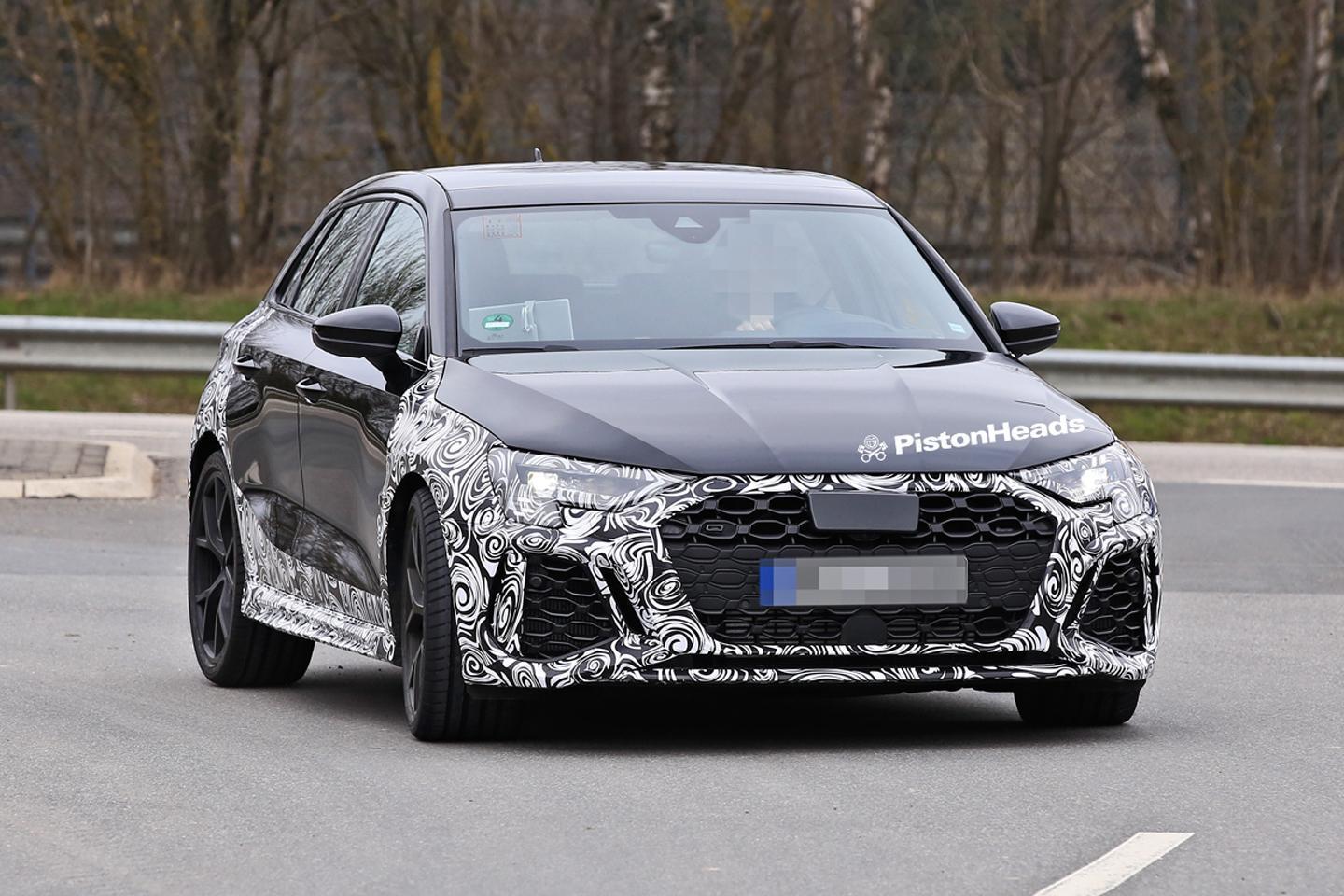 You have to feel for Audi Sport. Despite having turned over a new leaf with its most recent cars - not least the battery-powered ones - the firm's long association with a certain sort of handling tenacity is unlikely to evaporate any time soon. The RS3 has previously been a flag-waver for the Audi Sport way; supercar-fast and stuck down like Scotch tape. The new version though, spied just this week, is likely to buck that trend. Exuberant torque vectoring has finally been embraced by its engineers, and the hatchback is expected to be among the early adopters. And not a moment too soon, what with AMG having produced a stunner in its latest A45 S super-hatch.

No doubt Audi Sport's engineers will have noted the reception that greeted its chief rival. Handily for the RS3's development team, the fourth-gen A3 base (known as the 8Y) has already demonstrated sizeable improvements over the last one when it comes to ride and all-round performance. Where the five-cylinder version is likely to make additional gains is in its driveline. As demonstrated by the Performance Pack-equipped Golf R, 'Drift' mode (where 100 per cent of rear-bound torque can be deployed to one wheel) has found a home at the VW Group - and cars like the e-tron S have shown that Audi is keen to not be left behind.

Either way, with beyond 400hp due (we reckon 420hp to rival the A45 S - but more is easily gettable) from an upgraded turbo 2.5-litre engine, the RS3, in both Sportback and Saloon guises, isn't exactly going to be lacking in on-throttle enthusiasm. The outgoing model, with its 406hp version of the same motor, is justly famous for its punchiness already; factor in a smarter variable AWD system, quicker-shifting auto gearbox and a familiar inline-five soundtrack, and there's plenty for the A45 to be worried about. Even if WLTP filters have robbed us of the full five-pot orchestra since 2019.

Arguably the biggest question mark applies to the model's steering. The outgoing car's electrically-assisted rack is notoriously numb, and so far none of the Mk8 Golf models - which the RS3 shares an MQB platform with - have left our fingertips feeling sated. Will Audi Sport's engineers be able to significantly improve on that in this five-cylinder model? Here's hoping. Because it could be the final piece of a very promising puzzle. And a fitting way to see out what is likely to be the final chapter of the five-pot RS3...