Updated supermini is expected to get 207hp alongside styling tweaks 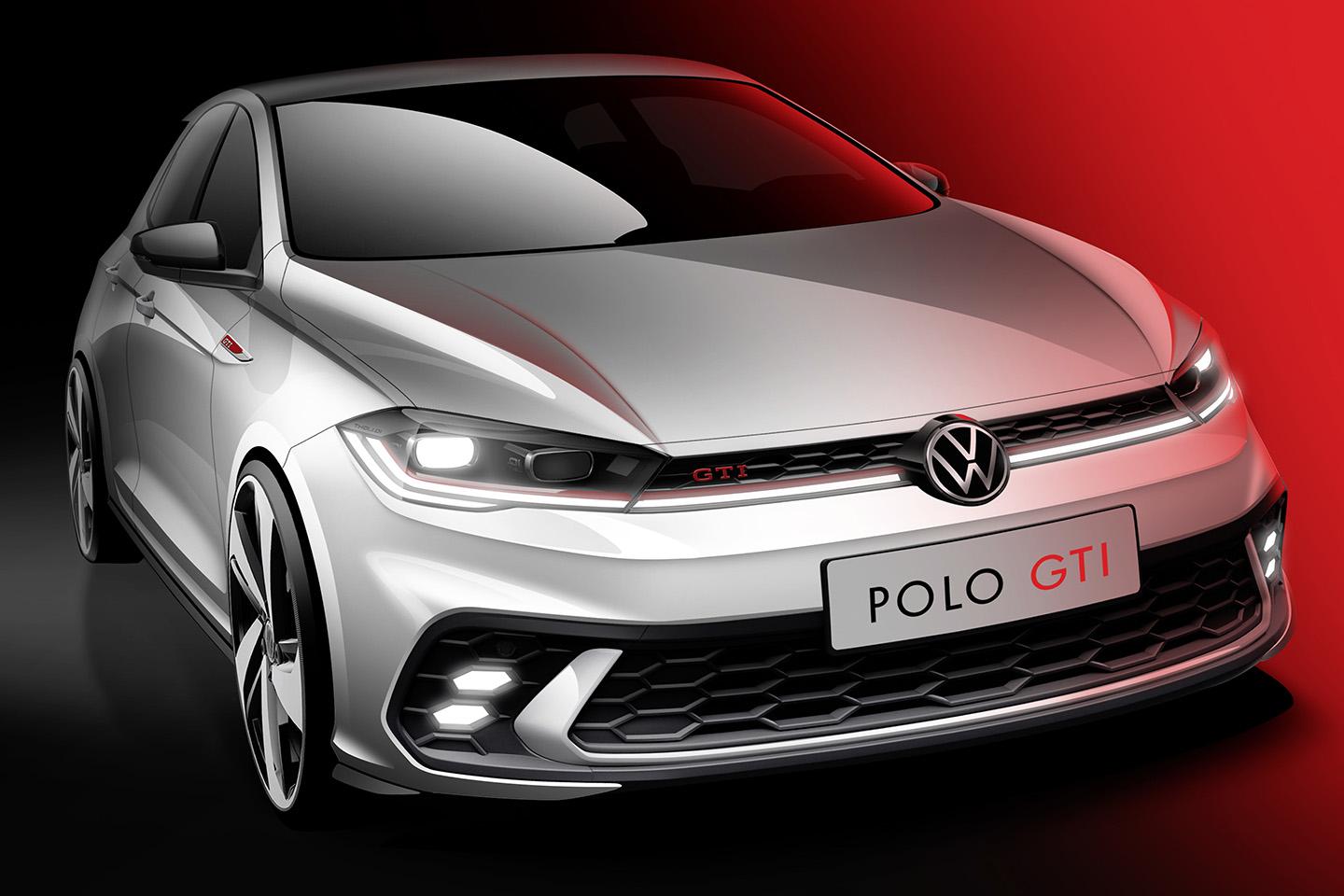 Volkswagen will pull the covers off its updated Polo GTI in June, signalling the hot hatch's return to market after a hiatus caused by WLTP regulations. While at this stage we've only got a rendering to go on, the Fiesta ST-rivalling model will inevitably inherit changes applied to the just-revealed new Polo. It'll come with a small bump in output from the turbocharged 2.0-litre to 207hp, ensuring it ranks above its arch rival as well as the brand new Hyundai i20 N, albeit as the heaviest car from the trio.

The Polo's remit has always been broader, though, and with this update - which isn't due to reach British roads until 2022 - we're expecting more Golf-aping features on the inside. The standard facelift Polo has earned VW's latest digital cabin architecture, with its sharpest instrument cluster and those somewhat divisive touch-sensitive climate control buttons. Don't bet on any drastic alterations to the interior for the GTI, barring the fitment of variant-specific tartan, a few badges and, of course, subtle changes to the displays.

As for the exterior, expect the GTI to stay true to VW tradition. Differentiation from the regular Polo will likely include red detailing, as well as a new front bumper bearing integrated day running lights. The pre-update car got a rear spoiler and twin-exit exhaust system, too - and is likely to retain them - but the GTI is almost certain to remain the understated choice in a segment which doesn't tend to hide the hotness.

Additionally, all things point to the four-cylinder engine arriving with a six-speed manual gearbox, the DSG automatic remaining an option. Expect passive damping to be the default setup for the chassis, with DCC adaptive shocks available as a tick-box upgrade, something we almost always end up declaring a no-brainer in Britain. The pre-update GTI was already the most rounded VW supermini we've come across, so don't expect much to change with its replacement.

We'll be able to put those expectations to the test in European-spec in the coming months, following the car's reveal. Nevertheless, right-hand drive examples of the standard Polo aren't due for production until Q3 of 2021, suggesting the UK-spec GTI probably won't reach roads here until next year. That gives Hyundai's new i20 N and Ford's ever-popular Fiesta ST some breathing space, but there's likely to be plenty of room for VW's baby-Golf GTI when it finally returns to showrooms - especially if it gets a price tag in close proximity to its rivals.