The W12-powered flagship was thought mostly pointless 20 years ago. In 2021, we double dare you 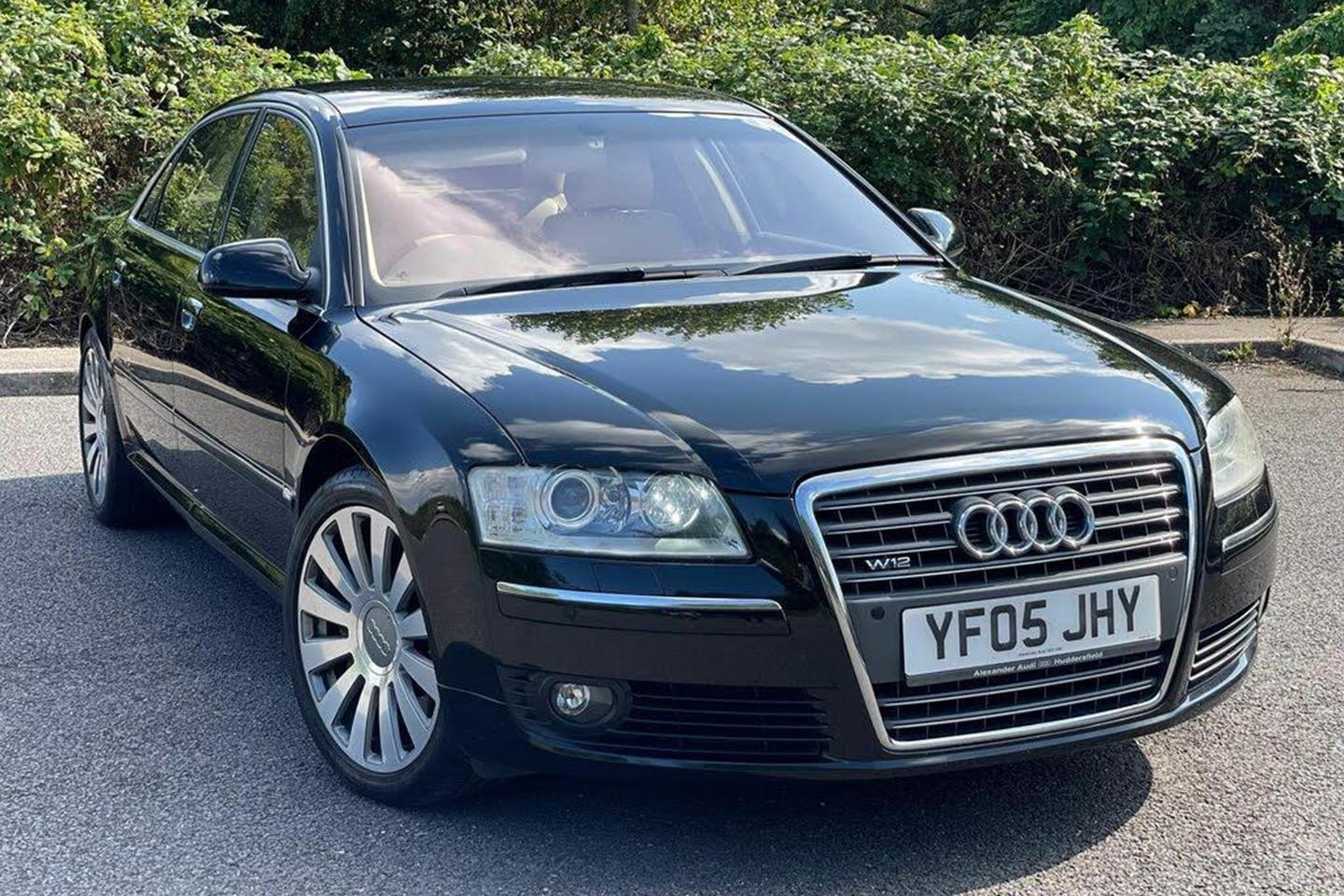 Does any car speak more to the craziness of the used-to-be than an Audi A8 powered by a 6.0-litre W12? Sure, the engine also featured in the Volkswagen Phaeton - but the Phaeton was itself a Ferdinand Piech pet-project already attuned to a wavelength that no-one else could hear. If anything, strapping in conjoined VR6 motors was in keeping with its scary-eyed, the-market-will-obey approach to car making.

The A8, on the other hand, was well established as a proper luxury car. A proper luxury car, let's not forget, with comparative lightness at the heart of its appeal. The D2, launched in 1994 and built on the 'Audi Space Frame', had beguiled half the world with its all-aluminium smarts and was doing perfectly fine with all manner of other large engines - including, most notably, the 4.2-litre V8 that helped the S8 to Ronin-based movie stardom.

Three years after De Niro's gurning, the W12 was introduced as the flagship model. Wikipedia reckons just 750 D2s were made before the unit migrated to the incoming D3 - and that's what we have here. Naturally the engine did not want for outright power; it may have been twin turbocharged elsewhere to launch a Bentley GT forward in the appropriate manner, but 450hp and 428lb ft of torque was plenty enough for wafting titans of industry between city and airport.

The problem, if we can call it that, is that virtually every other engine in the A8 lineup was similarly good at the job. In fact, most contemporaneous reports from the time suggest the petrol V8 (and later the 5.2-litre V10) were a better overall choice, and consumed markedly less fuel after you'd paid a lower price for them in the first place.

Of course the significant difference in outlay was part of the original point. Avaricious buyers in some markets didn't buy the W12 because they like the cut of its oversized gib, they bought it specifically because it was the most expensive thing on the menu. (Unless they were Jason Statham fans, in which case they definitely bought one because of Transporter 2. And 3.)

Which is all fine and good at the time, but, as ever, it does mean that such cars eventually appear among the unloved flotsam and jetsam of the secondhand market. This splendid 2005 LWB example has absorbed a trifling 57k in 16 years presumably spent just above idle, and can be had for £10,450. This slightly newer example with many more miles aboard, is £450 cheaper. A few oddities aside, you cannot buy a larger-engined real-world appropriate car in the classifieds for less money. And we definitely think you should. Because otherwise who will believe that such things existed in the next 20 years?