The definitive mega estate, still mighty over a decade after its debut

Traditionally estate cars were uninspiring vehicles of necessity - offering plenty of space, but very little pace. A high-performance estate seemed a completely alien concept. But Audi changed all that. 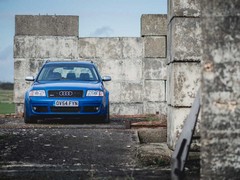 First it tested the water with its 1994 Porsche-influenced RS2 Avant, and then established the format with the much-lauded B5 RS4 Avant before really hitting the headlines with its definitive 2002 450hp RS6 Avant.

German rivals BMW and Mercedes were totally outflanked - BMW's rear-drive E39 M5 wasn't even available as an estate (and its 400hp saloon was seriously out-muscled) whilst Mercedes' ageing W210 E55 AMG had just 354hp. And with Quattro four-wheel drive the Audi RS6 could perform in almost all weathers.

BMW and Mercedes struggled to catch up - Mercedes had to add a supercharger to its 2003 W211 E55 AMG to match the RS6's performance, whilst BMW aficionados had to wait until 2005 for the appearance of an M5 Touring. With no current M5 Touring some may say BMW has never fully recovered, whilst from 2011 all US-sold E63 Mercedes AMG Estates come with four-wheel drive as standard. 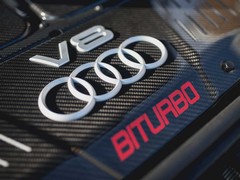 With a little help from Cosworth V8 was truly epic

An estate car, however potent, isn't going tickle every fast car lover's fancy and the RS6 has never been the sharpest driving tool. But for those who appreciate the understated appeal, practicality and sheer absurdity of a wagon boasting supercar performance the RS6 was, and remains, the undisputed king of the genre.

Posh estate
Launched in the UK in September 2002, the RS6 Avant claimed the title of the world's fastest estate car and - like its saloon counterpart - was powered by a 4.2-litre V8 boasting two turbochargers. Ahead of its time, this engine layout was in many ways a blueprint for future powerplants in larger high-performance road cars. Cosworth even had a hand in the design - under VW's ownership for a brief period the Northampton firm's aluminium casting and turbo expertise proved crucial in producing an engine with 450hp and 413lb ft of torque across a very wide rev band. The car's five-speed automatic gearbox, with steering wheel mounted paddles, was cutting-edge too and the performance - despite the Avant's hefty 1,880kg kerbweight - was immense. A 4.7-second 0-62mph time put the RS6 estate in the elite supercar band, yet the asking price was a relatively modest £58,800. 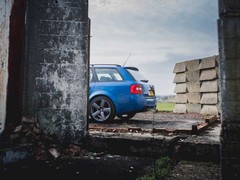 The all-weather supercar, with space for the dog

Exterior styling however was kept relatively low profile - 'understated' was the buzzword - but the RS6 still boasted bespoke body work (including plenty of black honeycomb front and back, bulging wheels arches, side skirts, deeper bumpers and twin oval exhaust pipes) to go with those discreet front and rear RS6 badges. 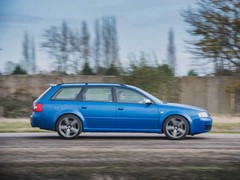 Even a decade on it still feels rapid

The standard car's heroic spec was further enhanced in 2004 with the launch of an even faster £66,675 'Plus' version sporting 480hp, lowered suspension, revisions to the steering and anthracite 19-inch alloys. Top speed was limited to 175mph. Demand for both versions was high and Audi eventually sold 870 RS6 Avants (and 271 RS6 saloons) in the UK, as well as 77 Plus models, before C5 production finally ended in late 2004.

Fast and loud
From the RS6's premium-feel driver's seat it's all very corporate. As an executive super-cruiser an opulent spec is de rigueur and this Avant doesn't disappoint - the Plus model you see here boasts expensive-feeling Alcantara/leather upholstery, a Bose sound system, cruise control, climate control, heated front and rear Recaro sports seats, sat-nav with a five-inch TV screen and xenon headlights. Add to that of a healthy chunk of Audi's trademark cabin build quality - our 10-year old test car felt brand new - and you have a recipe for Autobahn nirvana. 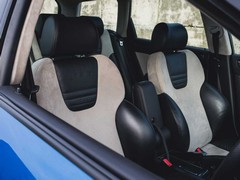 Feelgood factor is all encompassing

But the C5's real party piece is that engine. The V8's deep, angry metallic growl rapidly becomes addictive - enthralling passers-by every bit as much as the driver.

With almost no discernible turbo lag acceleration is remarkably smooth in every gear, and the steering-mounted paddle shifts work favourably with the five-speed auto - this engine's broad front of attack means five speeds are plenty. And those gearchanges feel slick too, whilst throttle response is pretty immediate.

What's the performance like? Bloody quick is the answer. The official figures make it a match for the latest manual 911 Carrera, and just a few tenths down on a contemporary E63 AMG Estate. But just like the AMG Mercedes, the RS6 Avant is more about straight-lines than corners, more about A-roads than B-roads. 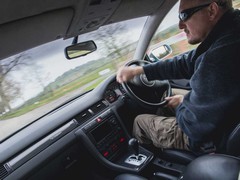 It's a blunt tool but a damned effective one

That DRC system keeps everything on the straight and narrow - despite the Audi's substantial size - and limits body roll, as well keeping things broadly level during hard braking or full-throttle acceleration. Turn into a corner very sharply though and the RS6's mass is revealed, but the Avant's uncanny ability to haul you out of corners more than makes up for this. Thanks Quattro.

Considering all that's going on underneath, the ride quality is impressive. But the steering, whilst reasonably direct and well weighted, perhaps understandably lacks some feedback. Fortunately the brakes don't - step on the left pedal and those mighty Brembos haul the Avant up in no time at all. With a car this easy to drive quickly it's just as well. A match for exotica in both performance and stopping power then, Audi's RS6 Avant also seats five, possesses a boot the size of some modern one-bedroom flats and, despite being 12 years old, still feels contemporary. If you could only have one car... 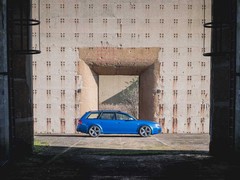 A price worth paying

As an Audi with a potential price tag of less than £10,000 you would be forgiven for assuming that an RS6 could be maintained on a budget, and that it would prove uber-reliable. But under that sedate Avant skin it's a bonafide supercar - with a supercar's frailties. So although an RS6 can out-muscle most cars in a straight line, keeping one in fine fettle will require deep pockets.

Stay on top of any issues and the engine could potentially reach 200K miles, but there will be a few hurdles along the way. The gearbox needs servicing every 40,000 miles, with any serious repair easily setting you back £4,000 or more. The clever DRC system (which also needs regular servicing) will fail eventually - at this point most owners opt for aftermarket coilovers - and 'disposables' like brake pads, brake discs and tyres are all expensive compared to those on a standard A6 Avant.

So it's essential that you only consider cherished examples packing a full service history and ideally get any potential purchase vetted by a specialist who can carry out a diagnostic check before parting with a penny. A timing belt service is a must every 35K miles (or three years) and an oil change every 5,000 miles. Other potential issues include various leaking seals, failing cam adjusters, blown MAFs, sagging bushes, cracked manifolds, leaking intercoolers, and split pipework. Not surprisingly the RS6 isn't universally popular with warranty companies, so find one that will cover the big items for a sensible premium will take a bit of leg work. 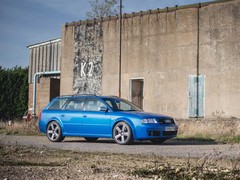 Buy a good 'un though and the pleasure will outweigh any pain - you're unlikely to encounter anything else (for remotely the same outlay) that can beat 180mph with five on board.

Many owners will consider remapping the engine - which at £600 upwards is a pretty cheap option - but make sure you stick to an experienced and trustworthy tuner.

Expect to pay £10,000 or more for the better examples and if you fancy a Plus version then you'll need another five grand at least. Over the next few years however, as the number of original RS6s on the road continues to dwindle, values will start to rise - so buying a mint example now could prove a good long-term investment. And when the mood takes you, and those roads are quiet, Audi's genre-defining RS6 Avant delivers a blast from the past that still has most contemporary rivals outclassed.

Many thanks to Topcats Racing UK, David Ingram, Wescott Venture Park, www.rs246.com, www.rs6.com, www.audi-sport.netand AmD Essex Ltd for their help with this feature