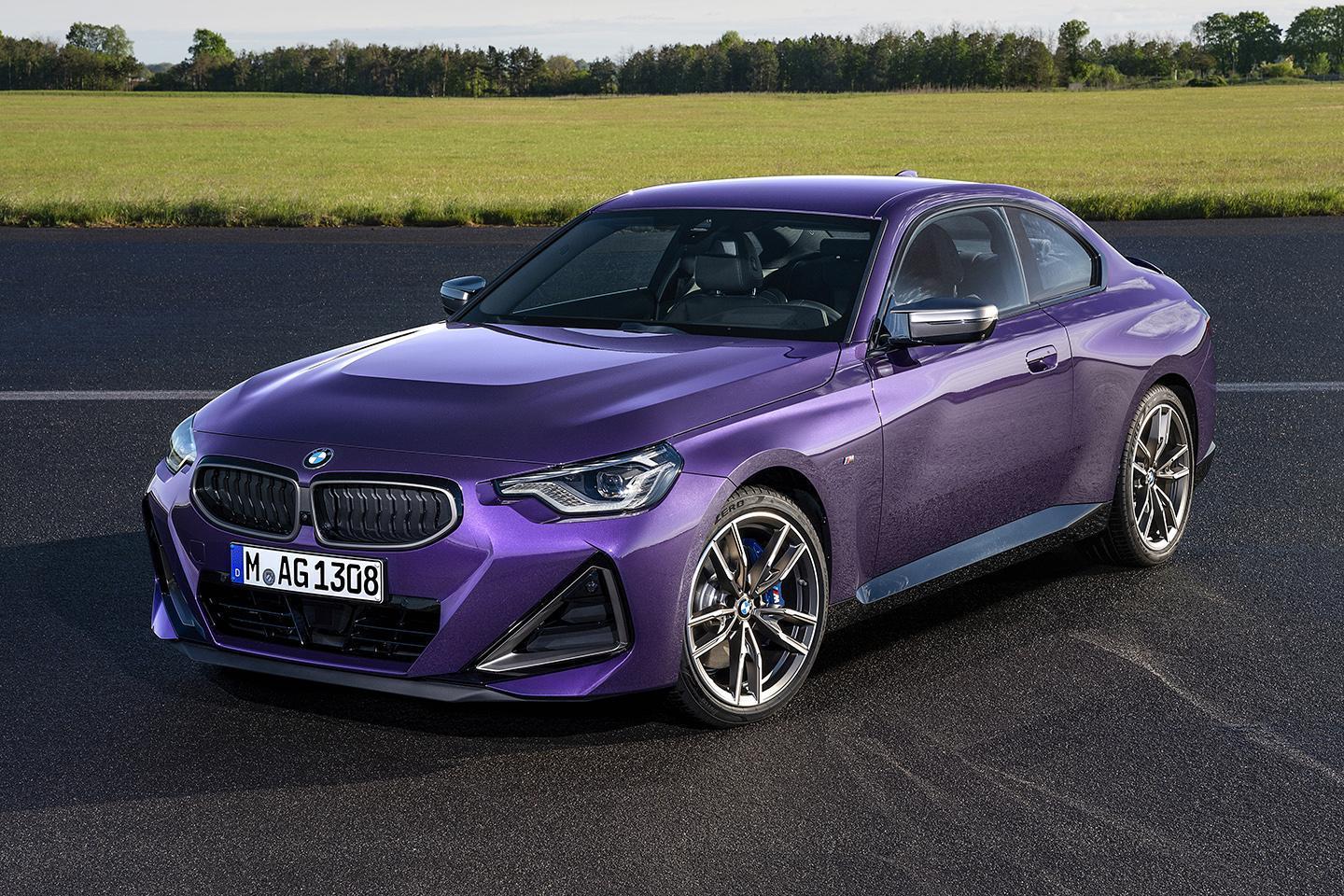 Has BMW launched a more likeable model in the last decade than the 2 Series? Granted, the manufacturer slightly ruined its two-door rep with the tacked-on awfulness of the Active Tourer compact MPV, and the four-door Gran Coupe is desperately tepid. But at its core, the range has been all about enlivening people's lives with a wonderfully compact, coupe-shaped BMW. And who doesn't love them?

The unveiling of a new version, then, is to be celebrated, especially when the announcement confirms that the model continues with a six-cylinder engine in the shape of the heavily previewed M240i xDrive. As expected, this produces 374hp from its turbocharged 3.0-litre unit, a 34hp upgrade on its predecessor, and is punchy enough to send the coupe to 62mph in just 4.3 seconds via an eight-speed Steptronic Sport transmission.

But you likely knew that already. What's prominent here is the new look, revealed for the first time. And in Cadbury Easter egg purple (possibly not the official designation) it's quite a lot to take in. Our initial assessment is that BMW might have overplayed its hand with the M-specific front end, and then underplayed it at the droopy rear. Its proportions remain pleasing though, even with a 51mm extension of the wheelbase.

The new 2 Series is wider, too, with the M240i said to be 63mm and 35mm broader at the front and rear track respectively. Once again, BMW claims a near 50:50 weight distribution for the model, as well as a 'noticeable' rear-wheel bias for the exclusively xDrive flagship. An electronically controlled M Sport differential is standard for the back axle, although the adaptive M suspension you'll probably want is still on the option list.

Inside, the model is treated to the architecture already made familiar by the latest 3 Series, which generally follows BMW's driver-focused approach. Expect the usual premium mix of materials alongside uprated tech thanks to the standard-fit BMW Operating System 7. The firm's impressive head-up display system makes its first appearance in the 2 Series as a cost-option.