BMW's next generation EV is a big statement. In more ways than one... 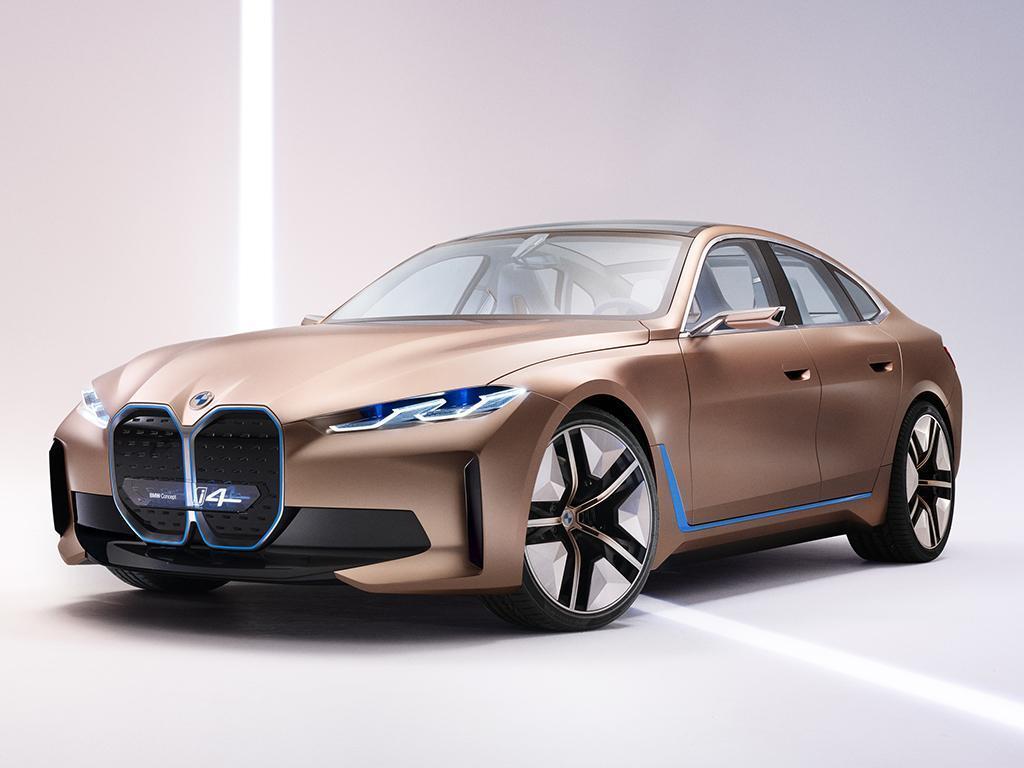 Okay, let's forget about that grille for a moment. We'll get around to it, promise. But for now, there are more important things to consider. Like this statement: "The BMW Concept i4 brings electrification to the core of the BMW brand." That's Adrian van Hooydonk, BMW's design guru, on what the car signifies. Because the i4 is only a concept in the loosest sense; it's already slated for production in 2021, and when it arrives it'll be the firm's first all-electric model in the 'premium midsize class' - i.e. BMW's paydirt segment.

Sure, the SUV-shaped iX3 will come first, but the i4 will be a four-door Gran Coupe, which is where the manufacturer often leads the world. No wonder it got Hans Zimmer to score the model's now foiled debut at Geneva - this is big. ('Just like the grille, right!' - but we're not there yet.) BMW has underlined its storied reputation by delivering a righteous set of numbers: 530hp, 0-62mph in 4.0 seconds, top speed beyond 125mph and, yes, 373 miles of claimed range.

Yes, Tesla will sell you a Model S with that kind of range right now. But Tesla builds Teslas, they are to saloon cars what the Kraft company is to cheese. BMW will back itself to build a superior four-door EV, just as Porsche did (and did). That power output - ranking it "alongside a current BMW V8 combustion engine" as its maker puts it - is, of course, practically par for the course among hifalutin electric cars. It's probably no coincidence that the cheapest Taycan starts at 530hp, too.

BMW goes into no further details about its new motor - it was disinclined to discuss it when revealing the lower-powered iX3 either - but we do know that the firm considers its 'fifth-generation' eDrive technology a "significant step forward in the field of electrified drive systems". The power electronics, charging unit and high-voltage 80kWh battery are all-new, too - the latter apparently distinguished by its extremely slim construction and energy density. Though it still tips the scales at 550kg.

Unlike the iX3, the i4 will be built in Munich, sharing the same production line as combustion-engined vehicles and plug-in hybrids. BMW says it is investing around €200m to renovate its current facility - with particular attention paid to the apparatus which will allow the assembly halls to install the new battery pack from below. Said packaging is doubtless the reason BMW points with some confidence to a 'spacious rear compartment'.

Upfront, the i4 bears some obviously showy concept traits, but we'd hazard a guess that the new 'Curved Display' - which essentially merges the infotainment screen and instrument cluster together - is destined for production in some format. BMW says that it's the new screen's size which helps to reduce the button clutter below. Expect that theme to repeat itself next year, too.

Then there's the exterior. Which, to be fair to it, gives prominence to the kind of pleasing proportions which have marked out three-box BMWs since time immemorial - long wheelbase, fastback roofline and short overhangs. Lovely. Then, yes, there is that grille. Or, as BMW puts it, presenting "the familiar icons in a new look". A tangible connection with the past is to be applauded; whether that connection needed to be announced through a loud hailer is, naturally, something we're going to be chewing over for a generation. BMW says that with its original cooling function dispensed with, the grille now acts as an 'intelligence panel' housing various sensors. Let discussion of BMW's intelligence commence now...