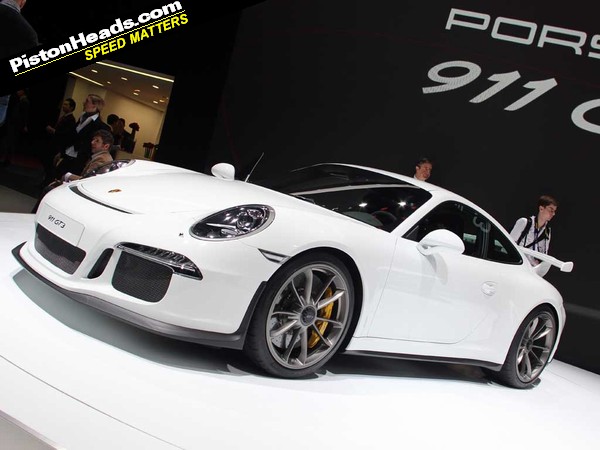 So much for the

with their out-there tech and million-pound pricetags. The new fifth-generation 911 GT3 is, before press day even starts, in the bidding for most PH-worthy car at the Geneva show. 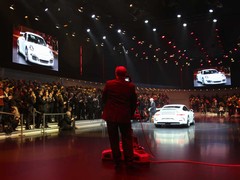 Why? Where to start! We've got a lighter, stiffer body. Bespoke suspension running 30mm lower than a

. 475hp from a screaming new naturally aspirated development of the

? Because the very weapons you used to score those 'ring lap records are now being turned against you, but with a very Porsche twist.

The elephant in the room is, of course, that switch to PDK only. Porsche isn't daft and has come up with several interesting innovations to keep the purists happy and we'll get to that in a moment.

First the engine though, which though no longer derived from the legendary Mezger unit that lives on in the 991 Cup car, has all the ingredients to make those hairs on the back of your neck go all prickly. 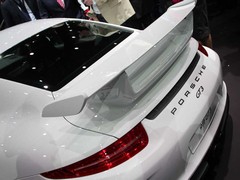 The most controversial move is the PDK-only transmission. There are important changes to the way it works in regular Porsches though, not least that the ratios have been lowered across the board and seventh is a 'proper' gear, not just a fuel-saving overdrive. Sub 100-millisecond shifts are available in manual mode thanks to a 'torque overshoot' and you can demand 'clutch neutral' at any point by pulling both paddles simultaneously, allowing clutch-kicking antics for you drifters out there. Yo. 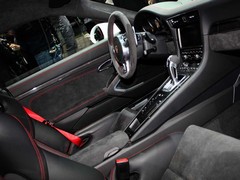 Red seatbelts - must be fast in that case

Correcting an earlier press pack mistake we can clarify the paddles are right for up, left for down and the selector follows race car protocol with back for up, forward for down in the 'proper' fashion. Worth noting that Cup cars now have paddleshifters too, for the first time.

Most of the basics we knew - or had guessed - already but four-wheel steering is one rabbit Porsche has pulled out of the hat. As on other systems it goes opposite to the front wheels at lower speeds (under 31mph) and parallel over 50mph. Interestingly this results in what Porsche describes as a respective 'virtual' shortening of the wheelbase by 150mm at lower speeds and lengthening by 500mm for greater stability when going quickly.

This digest of the tech really is just skimming the surface though and if you're a GT3 fan we'd recommend reading the full press release. Get a brew ready - it'll take you some time but you can read it in full here.

We'll share one final pertinent figure with you though - the cost. Yep, the GT3 is now a six-figure car and is available to order now for November delivery for £100,540. To that you can add £6,248 for PCCB discs, £2,023 for a front axle lifting system and the traditional Clubsport package of half cage, harnesses and battery cut-off, the price for the latter TBC.