Is the Porsche 911 Sport Classic returning?

Fuchs-style wheels, a widebody and ducktail spied on the latest 911 prototype 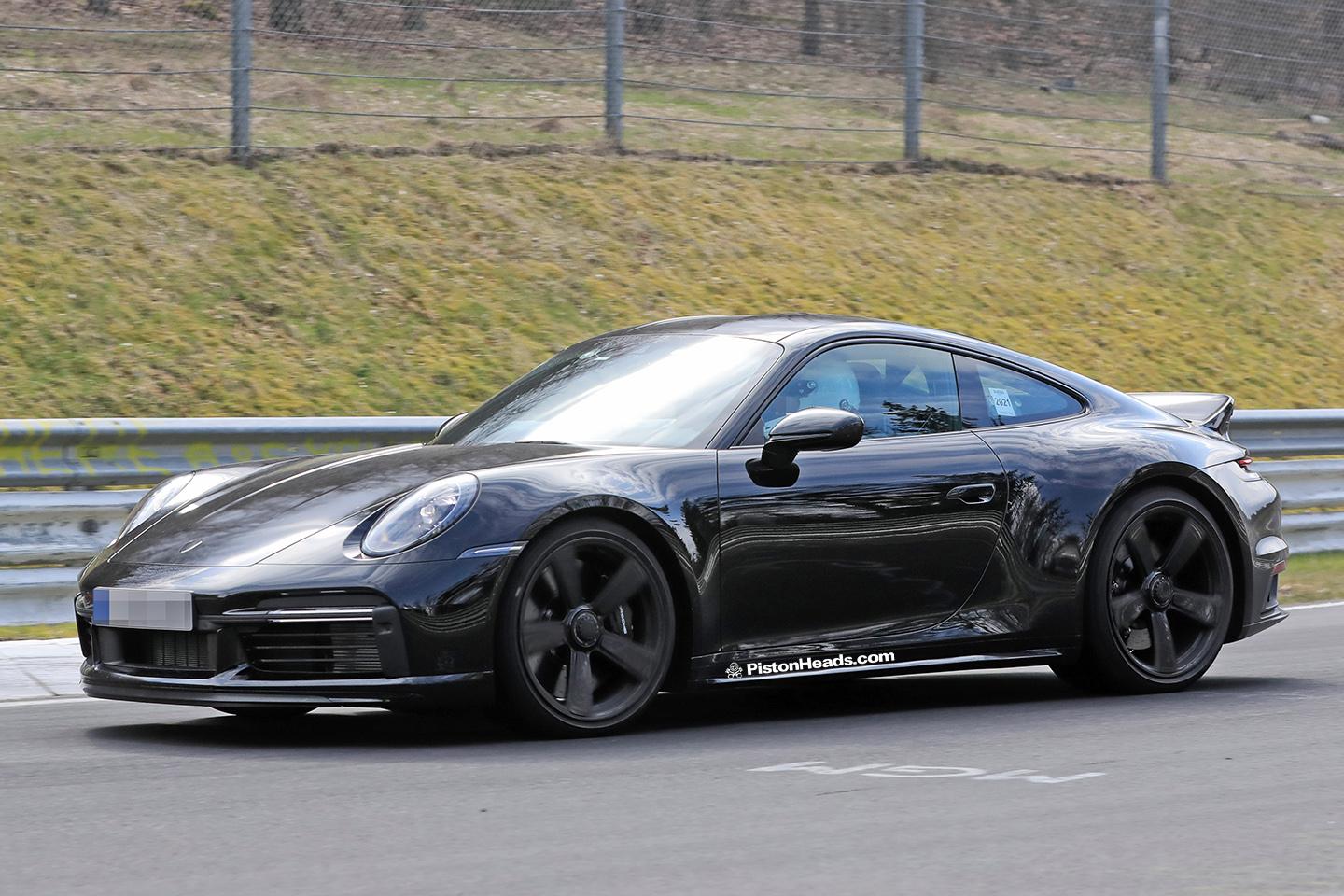 Back when the 992 Targa Heritage Design Edition appeared last June, it was part of a wider announcement of retro models. Porsche said there would a range of four HDEs in total, recalling the glory days of motoring as the industry tears inexorably towards the future. Given it seems very unlikely that the SUVs will be given the heritage treatment, and that the Boxster 25 wasn't classified as an HDE, another 911 seems a sensible bet for the sepia-tinted makeover.

This might be it. 911s looking a lot like a Turbo S but without the arch intakes have been seen for a little while now, but now there are additional details to appreciate. And they're a lot like we've seen before on a 911, specifically the 997 Sport Classic of 2010. If ever a car would suit a Heritage Design Edition rework...

Note the Fuchs-style alloy wheels, fixed ducktail spoiler and widebody of this test car, very similar modifications to those employed just over a decade ago. Back then a Sport Classic was built from the Carrera 2 S; it also received a PowerKit, ceramic brakes and aluminium doors as standard to offset the additional weight of the chunky bum. Interestingly, the 997 was manual only, too, which would tie in nicely with a heritage theme now on a 992 - and it's a gearbox only currently available on the Carrera S. Limited run Porsches with a manual gearbox tend to be quite marketable, too.

The old Sport Classic arrived right at the end of the 997 production run; that clearly isn't the case this time around, but if it is a Heritage Design Edition then it can simply follow the Targa in the line-up. Though nothing official has been confirmed just yet, it's easy to see how a lightly tweaked Carrera S manual would fit into this throwback range of cars - imagine it with houndstooth upholstery and it'd be 95 per cent done. However, given the GT3 has only just been launched, don't expect this one to arrive before 2022. We'll keep you posted.