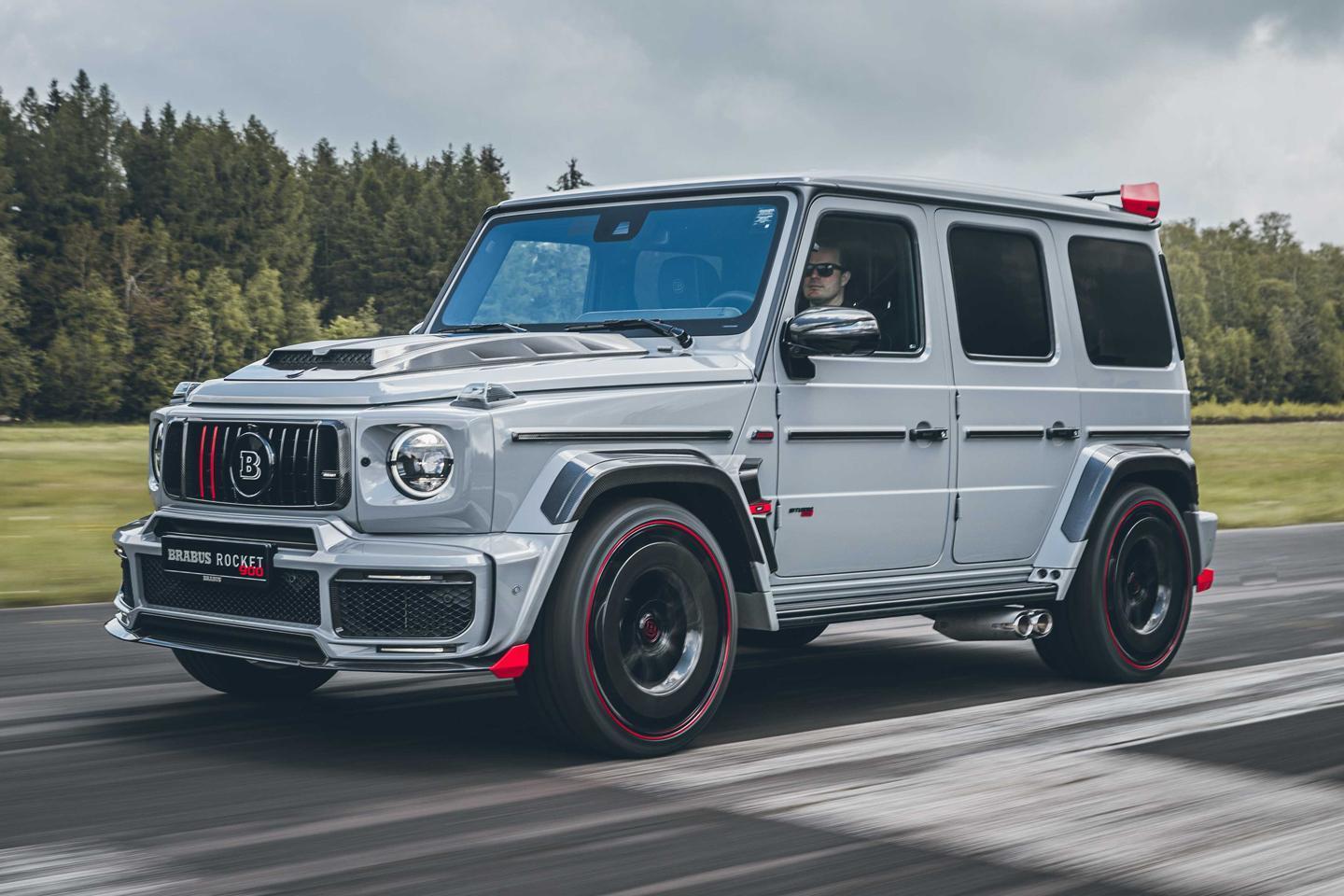 Where Mercedes-AMG’s G63 range leaves off, Brabus’s line-up of ballistic G-Wagens picks up, with this new Rocket 900 model the German tuner’s latest top model. Packing 900hp from a comprehensively fettled twin-turbocharged 4.0-litre V8, the Rocket overtakes Brabus’s earlier 700hp and 800hp G63 efforts to sit on the top rung alongside the identically-powered S-Class-based 900. But, as you’ll have noted from the pictures, the Rocket is about one thousand times less visually discreet than its saloon sibling.

No doubt the Rocket 900 – of which only 25 customer examples are being made – will be about as divisive as cars come. It adds intakes and wings and even more arch extension, there to house 24-inch wheels, to a base that wasn’t exactly subtle to begin with. Is it possible for something to be so ostentatious that it goes all the way around the dial and somehow becomes acceptable? We’ll leave you to decide. Certainly, this is not a car for blending in, although neither is the model it’s based on. And that hasn’t exactly done G63 sales much harm.

Performance is as ludicrous as you’d expect, with this 2.5-tonne machine taking 3.7 seconds to haul itself to 62mph, before it has to be electronically pegged at 174mph, despite being equivalent in size and shape of a static trailer home. Torque peaks at 922lb ft, so the Rocket should feel ridiculous no matter what the starting speed. Which is kind of the point, isn’t it? That said, it’s not all blunt instrument, as Brabus claims actual aerodynamic benefits from the carbon fibre pieces added to the bodywork.

The interior duly delivers on the show-off theme, with ‘rocket red’ glazed metal trim in place of Mercedes’s silver bits, red stitching and Brabus headrest logos. Even the pedals can be red. Brabus does, as you’d expect, promise customers that they can customise the car to their liking. But if you’re tempted by the Rocket, you’re unlikely to be the sort that’ll want to tone it down. That said, with just 25 cars being made, most of us will probably never lay eyes on one. But expect to notice it if you do...