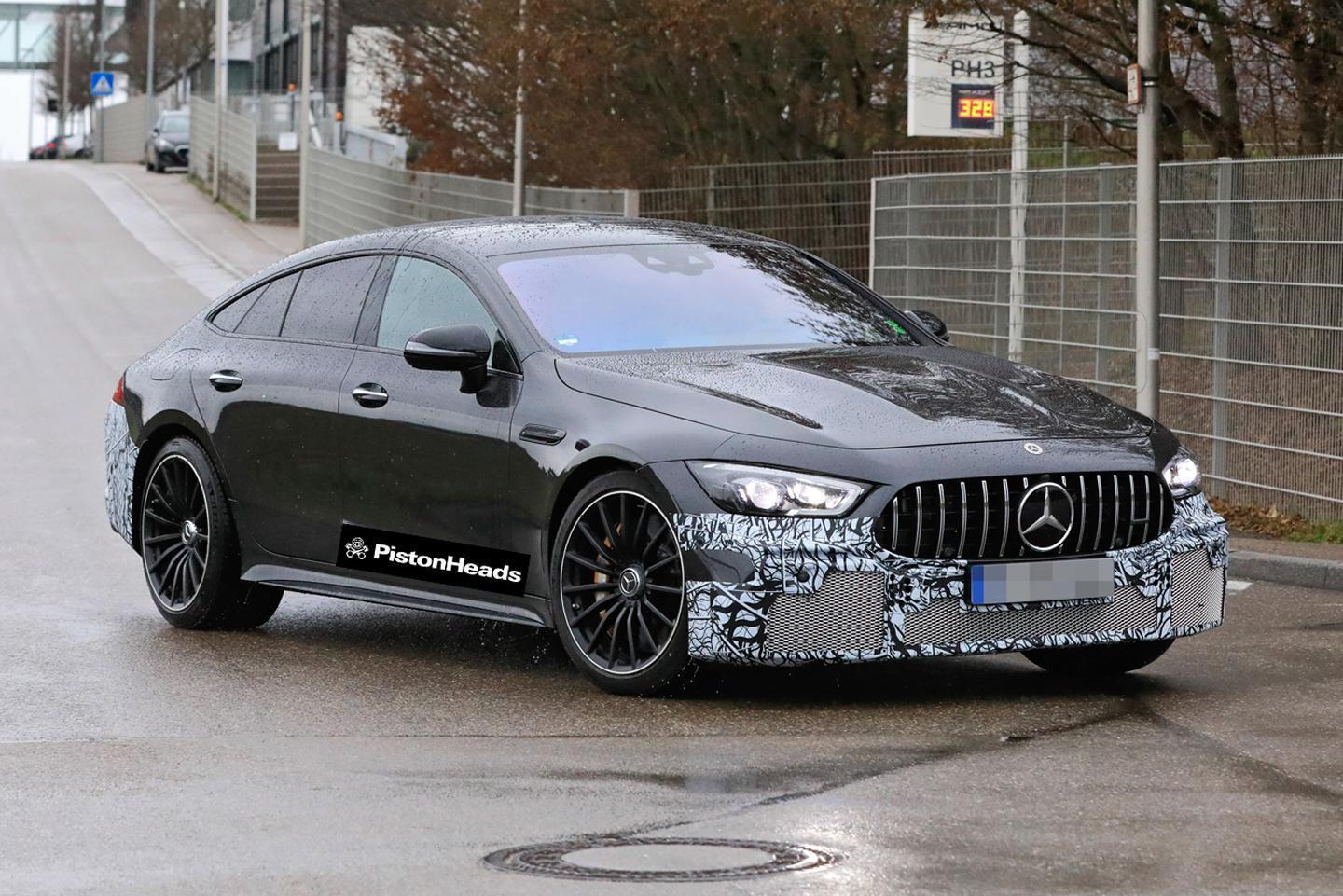 Mercedes-AMG has been spied testing a barely disguised prototype of the new hybrid GT 73 4-Door, suggesting the super-PHEV segment currently dominated by the Panamera Turbo S E-Hybrid is due for an imminent shakeup. While the tweaked front and rear bumpers point to an expected facelift for the existing AMG model, the just visible rear plug cover affirms that this is indeed the new hybrid, a model previewed by the first four-door GT concept of the 2017 Geneva motor show. You know, back in the good old days.

In any other year we'd expect to see the production car revealed at the same event, so a springtime launch seems likely given the lack of disguise. Whenever it lands, the part 4.0-litre V8-powered, part battery driven brute looks well placed to dislodge Porsche’s all-conquering hybrid range-topper from atop the curious, super-expensive niche. While AMG hasn’t revealed any details about its upcoming model, the concept’s specifications - alongside the tidbits which have trickled out from Affalterbach and onto the internet - all but confirms an output of at least 800hp. 100hp more than the Panamera.

Consequently, it doesn't seem unreasonable to assume that the AMG model (which returns the 73 badge to production for the first time since the SL model that featured a 7.3-litre V12) will aim to seize the high ground from Porsche. With the Turbo S E-Hybrid discrete to the point of soporific, there's a fair chance AMG will seek to offer a clearer performance message i.e. don’t bet on any reduction in soundtrack from the 4.0-litre V8. Except when it's in full-electric mode, of course. Expect a Panamera-rivalling 31 ish miles for that.

As for the design, the development car pictured here apparently has a few minor visual tweaks compared with the current machine. We say apparently because they’re covered by the camo, although expect AMG to provide the 73 with some visual cues. Inside, the existing 4-door is already lavishly equipped, so we’d expect the improvements in the software department more than anything else. Naturally the new model will be heavier than the existing car - but expect its maker to boast about it being quicker, too. After all, no 800hp AMG ever made a quiet entrance...