Those at risk of ambush can stay safe in the new S680 Guard. With a V12 to get away! 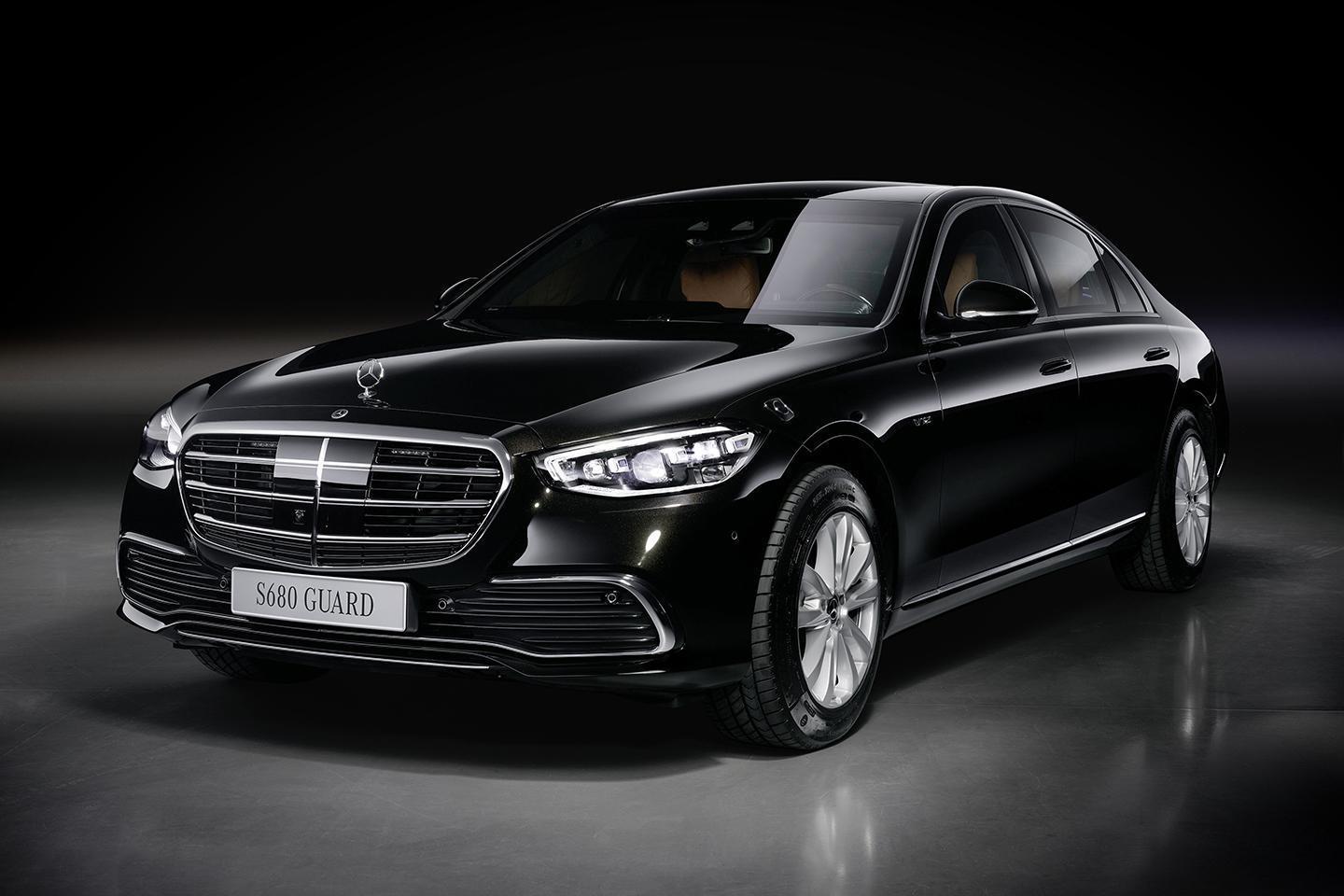 There's something fascinating about armoured cars. Partly that's because of the equipment they come fitted with, and partly it's the market they're aimed at. Imagine being notable (or notorious) enough to require a bullet- and blastproof S-Class? It says something of the world, moreover, that Mercedes-Benz has been offering armoured cars since 1928, so it's hardly like the desire for four-wheeled protection is a new one. This is the latest variant, the S680 Guard, and it's notable for a host of reasons. This is the first Mercedes of its type in more than 90 years of history to have a V12, and it's also the first to feature all-wheel drive. Nothing like additional power and traction to aid your escape, after all.

The 12-cylinder engine is especially significant here given that the 6.0-litre was dropped by Mercedes a couple of years back. Presumably when you're important enough to require a car with own oxygen supply, you're important enough for 12 cylinders. Or perhaps nothing else would be up to the job - this Guard is said to weight more than four tonnes, after all. With 612hp and the same again in pound foot, there ought to be sufficient performance to get you and the entourage out of harm's way. Top speed is 118mph (blame the stopping distance for that) and the all-wheel drive torque split is 31:69 front-to-rear, which is good. Nobody wants to be power understeering away from an assassination attempt. The special Michelin tyres can even do 19 miles when punctured.

For once, though, a 6.0-litre V12 isn't the most newsworthy feature of a car. That'll be the Guard's VPAM VR10 level of protection, the highest ballistic test level for civilian vehicles and "offering exceptional resistance against explosive charges." They even used biofidelic dummies - said to be the most lifelike there is - to prove the car's capabilities.

Obviously the new gets its own specific body with protective elements - the iSS 'integrated protection system' - which the thicker panels are then put on top of. The four-inch thick, "multi-layer glass sandwich" bulletproof windows - which will stop an armoured-piercing round fired by an assault rifle, no less - are hydraulically operated, meaning that even if the electrics fail, they still work. It's a nice nod back to the old Grosser and its hydraulic system, too. Plus, if that amount of body and window protection sounds cumbersome, don't worry; the S680 has its own door actuators to make opening and closing the doors a cinch still. Indeed Mercedes says its work throughout the car means this Guard should behave just like any other S-Class; having been developed alongside the models that can't withstand a small bomb attack, this V12 car is said to reach "series production" levels of longevity. Useful to know for those planning 20 years of tyrannical rule.

There's plenty more on offer, too - it really depends how much money (we won't ask where it came from) can be spent. Buyers will be offered an automatically triggering fire extinguisher, a panic alarm system, sirens, flashing lights and even a fridge to store vital supplies while the coup attempt blows over. Boot capacity has suffered for all the protection, however, with just 390 litres on offer against 550 for the standard S-Class. Four or five seats are on offer depending on how many bodyguards you need to travel with.

"The S 680 Guard 4Matic is one of the most customer-oriented products from Mercedes-Benz. That is because this special protection model focuses on people and their safety," said Dirk Fetzer, S-Class Head of Product Management. Apparently this car 'protects what matters', which sound jolly wholesome for a car designed to shield its occupants from weaponised attack. We all kind of wish we were that important though, don't we? The new Guard can be seen in person - or whatever happens at motor shows now - at Munich next month. Prices, if you must ask, start at €547,500, which is currently £465,000. A small price to pay for your safety, right?