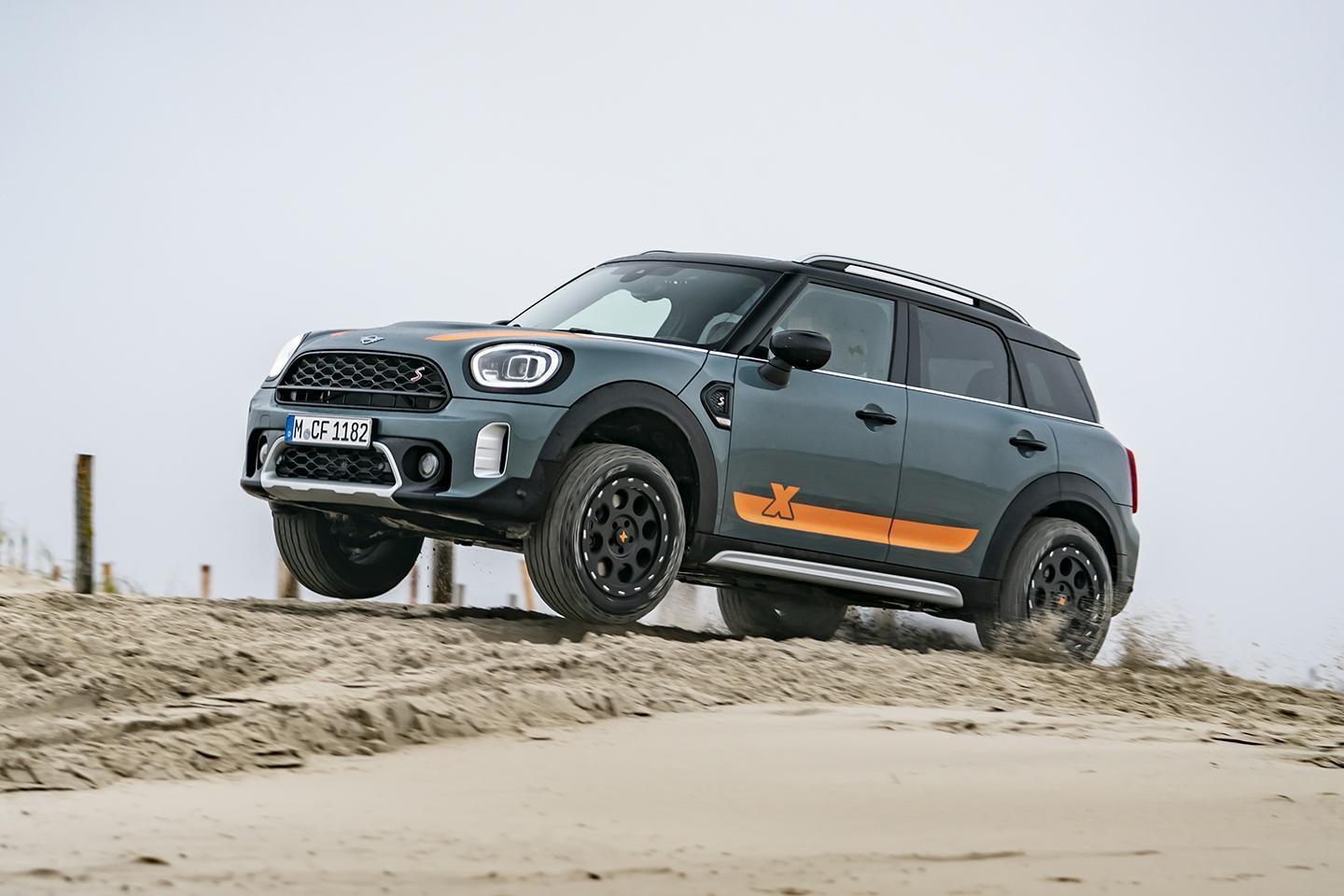 To celebrate victory at the last Dakar Rally in the run up to the 2021 event, Mini has produced a rugged special edition model with its competition partner X-raid. The Countryman Powered by X-raid takes inspiration from the support car of Mini’s All4 Racing model, which won the 2020 event back in January, with chassis hardware to go with its tweaked look and new wheels. X-raid promises a big boost in off-road ability as a result – and naturally, there’s a jump shot to prove it.

In fact, this is about as authentic as manufacturer approved off-road upgrades come. Even the rims are proper rally spec items, said to be lighter and tougher than road alloys and developed to handle the holes and rocks of a Dakar stage. They bear a ‘rim ring’ for added protection and come wrapped in similarly tough (and conveniently named) Cooper Discoverer boots, designed specifically for the job of finding grip on tough terrain. The same configuration is said to have provided Mini’s Dakar support team with trouble-free running back in January.

The car’s suspension gets a body lift kit that provides the Countryman with as much as 40mm more ground clearance, handy for clearing those unseen objects on the Dakar stage – and, we’re told, fording rivers. The setup is tried and tested in the best way possible, too, with the Mini Dakar support car having been developed from a specification that’s been evolving since it was introduced to support the Mini All4 Racing back in 2010. That’s a lot of miles for testing. The X-raid team has won Dakar four times, too. So it knows its stuff.

Additional changes to the Countryman Powered by X-raid (a slightly misleading title given the JCW's motor hasn’t been tuned by the German team), include LED lighting to aid with those night stages, and a lightweight aluminium roof rack to carry spares. The car also gains new Piano Black trim and orange accents to link it to the rally team’s machine. That being said, the wheels, tyres and lift are probably more than enough to signal this all-wheel drive model’s newfound capabilities.

The X-raid model has been officially launched in Germany, where prospective buyers are asked to place their order for the whole kit or “individual elements” via X-raid itself; Mini UK told us there are no immediate plans to announce the upgrades over here, although there doesn't seem to be anything stopping an eager British buyer from having the bits fitted to a right-hand-drive car. It's a fairly safe bet that nobody else on the school run will boast the Dakar seal of approval.