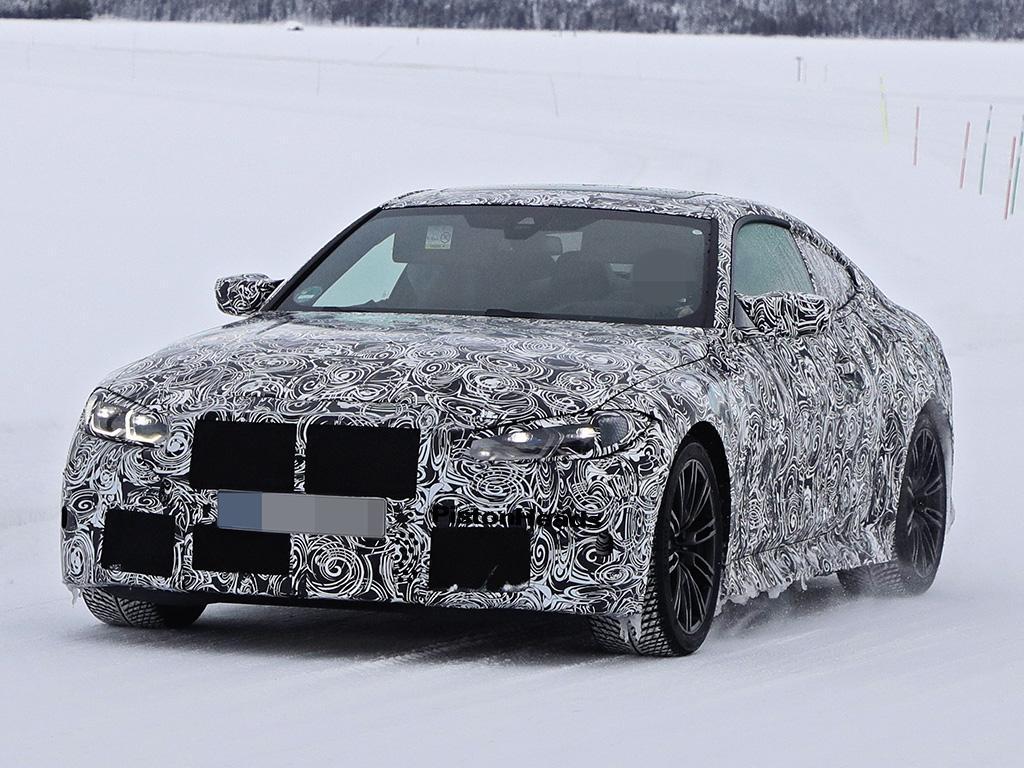 Would it be fair to say there's some concern around the next BMW M4? Perhaps a little harsh, but response to the Concept 4 that previewed the 4 Series wasn't that positive, and the X3 M - a car using the M4's powertrain - hasn't been showered in praise. Not to mention that, as perhaps the core BMW M car along with the M3 saloon, expectations are very high.

These images are the first we've seen of the second generation M4, its flagship status given away by the gold calipers (denoting ceramic brakes), trademark M exhaust pipes and, if you're looking really closely, the wing mirrors that have become M3/4 tradition.

As for the influence of the concept car, the grille here does appear to be a more reasonable size (if still heavily camouflaged) and the front lights aren't as slender, though the resemblance is clear. The rear lights in particular - try not to be distracted by the dogs - look to have been carried over directly. Even covered up, there's a definite hint of mini M8 about this M4.

Might it drive like a smaller M8, too? Expect the same sort of dynamic configurability that's come to define the modern M car - including all-wheel drive in this installation - though hopefully with a bit more edge and excitement than in the 8 Series. Competition is going to be tough, as always in this sector: the AMG C63 is better than it's ever been and the Giulia Quadrifoglio will be updated soon, to name but two. It's always a big moment when a new M3 or, now, M4 is revealed to the world, and there's not long to wait now. Expect to see that grille, along with the rest of the car, in the coming months.