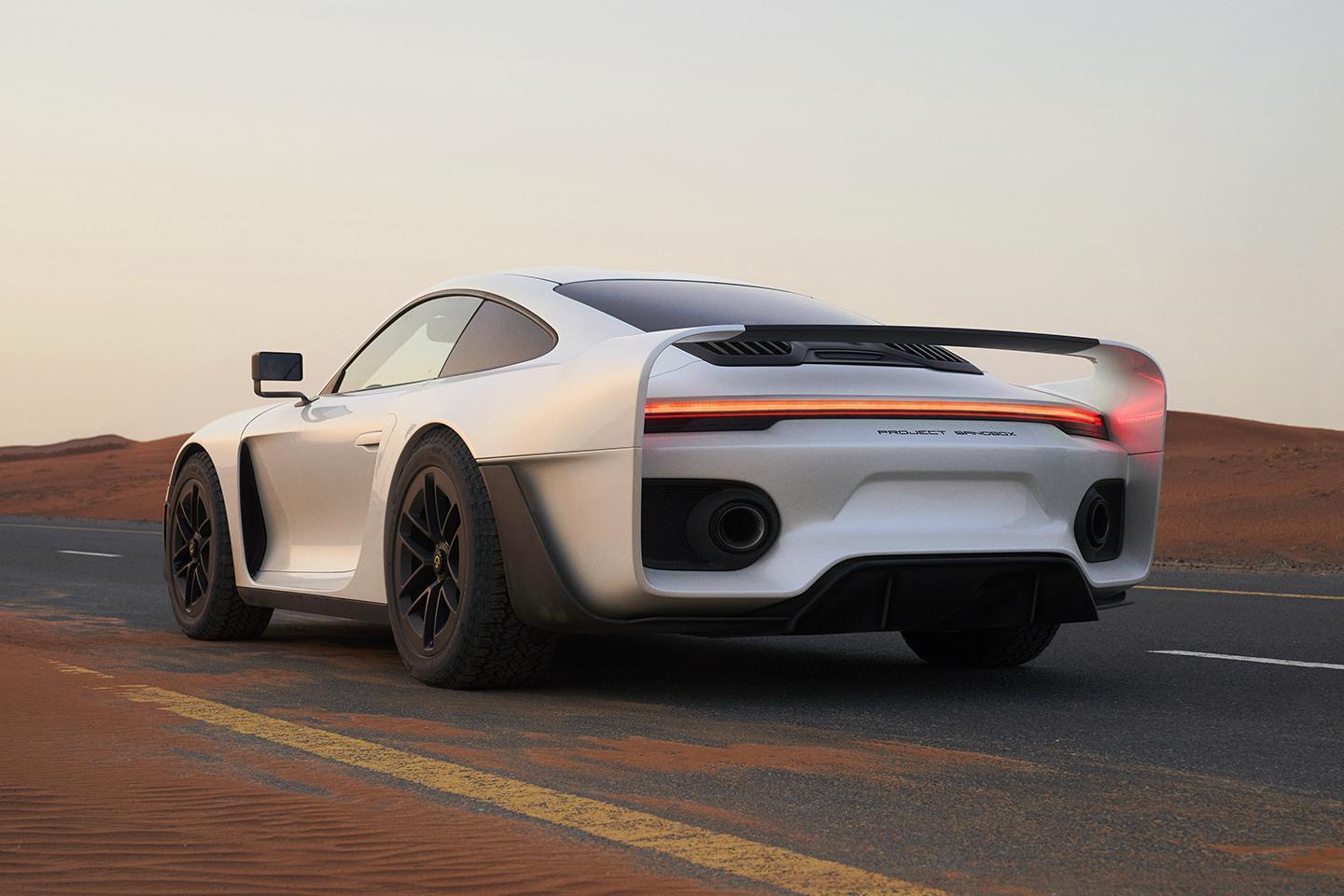 After prolonged teasing, Marc Philipp Gemballa GmbH has officially unveiled what it likes to call 'the ultimate adventure supercar'. The premise we already knew about - the 911 Turbo S-based machine is inspired by the legendary Paris Dakar rally era - but now the name and technical details of what was formerly called 'Project Sandbox' have landed, too. The car will be called 'Marsien', derived from the French word 'Martian' - a tribute to the red sand found in the Al Faya desert, where testing was conducted. Just 40 examples will be made.

Naturally it still looks like a Porsche - the firm doesn't mention it, but the 959 Rally seems like an obvious jumping off point - but the new body is said to be all-new and fully carbon fibre, too. Doubtless that'll help with kerbweight, although the Marsien is not lacking in power thanks to a partnership with Ruf Automobile that extracts 750hp and 686lb ft of torque from the twin-turbocharged flat-six engine.

That's already 100hp more than you get in the categorically not slow 911 Turbo S. But Marc Philipp Gemballa (or rather Ruf) will upgrade the unit to 830hp if you so wish, the 'second stage' delivering that preposterous number thanks to uprated VTG turbos and yet more ECU revisions. Hardware changes include re-channelling airflow of the central radiator to aid cooling and fitting a modified air filter to handle the dusty conditions you tend to encounter in a desert.

Elsewhere, there is a titanium exhaust system supplied by Akrapovic (said to focus on a 'bespoke sound experience') and extended driveshafts developed with reinforced Cayenne joints to deal with the kind of spring deflections the suspension is managing. The chassis itself is completely bespoke and now features double wishbones upfront alongside an adjustable ride height system that enables a 250mm ground clearance.

Developed with specialist KW Automotive, the new dampers are said to contain two electromagnetic valves that regulate compression and rebound separately, and will adjust to any terrain in just 20 milliseconds - although it's also possible to go the whole hog and have a rally-spec Reiger Suspension upgrade fitted that gives you a fixed ride height with even more suspension travel. Either way you get a solid aluminium skid plate which covers the entire underside of the car.

Additionally, the Marsien is supplied with two sets of forged aluminium wheels, one clad in Michelin Ultra High Performance tyres, the other wearing all-terrain rubber. The former is said to facilitate a 2.6-second 0-62mph sprint. Inside it's all recognisably 992, but there's plenty more carbon fibre and even a Carrera GT-inspired centre console. Outside the price tag for the conversion work starts at 495,000 euros (around £425k). Marc Philipp Gemballa GmbH claims to have already allocated half of its planned production run, so don't hang about if you're interested.