612hp and a drift mode that disengages the four-wheel drive system - where do we sign? 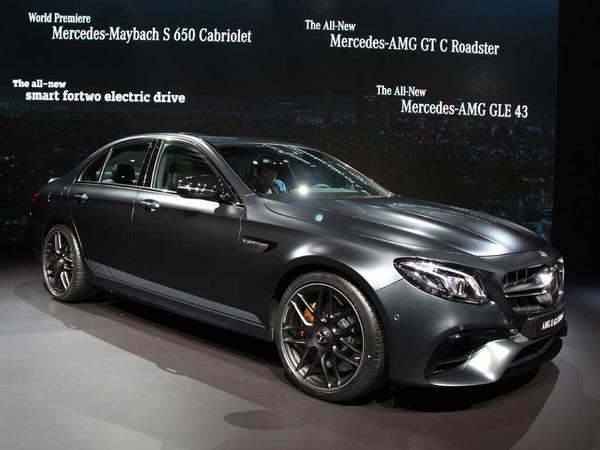 What, you thought the German uber saloon had peaked? Not according to AMG. The

may have broken the 600hp watershed. But in traditional style AMG has done this and then some, the S version of the all-new Mercedes-AMG E63 boasting 612hp, 626lb ft, four-wheel drive, 0-62mph in 3.4 seconds and a well founded claim of being the most powerful E-Class ever built. Since 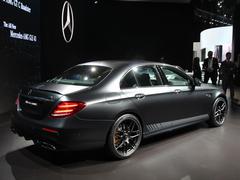 Looks are subtle; performance anything but

And if that 'four-wheel drive' bit had you worrying then fear not. We're imagining a scene in a meeting at Mercedes HQ where no-nonsense AMG boss Tobias Moers is given the blessing for 600hp-plus in the new E63 but only on the condition it has four-wheel drive. Nodding impassively he passes a note to his sniggering colleagues with the words "drift mode" written on it... Because, yes, if you go through the necessary steps you can disable the four-wheel drive completely and make the E63 rear-driven like AMGs used to be. Just with way, way more power. Nice.

Those necessary steps include selecting Race mode on the dial switch, going to Manual gearshift and turning off the ESP before selecting the setting via the shift paddles. Yup, you can only go rear-wheel drive if you turn the ESP off. No need to ask why they settled on the name Drift Mode then... Yes, we've taken note of this procedure ahead of attending the launch event next month.

So what else does the new E63 have, beyond the ability to bonfire its rear tyres and (possibly) provide a rich source of spectacular YouTube crash videos? AMG's way is typically gentle evolution, with proven technology mixed and matched with a few new bits to spice things up. Every now and then though you get a big step. And the E63 is definitely one of those. 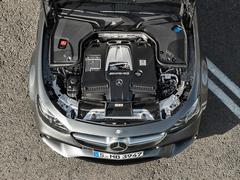 Let's start with the engine. Also available in 'regular' 571hp E63 trim with 553lb ft of torque (same as an RS6 Performance on overboost...), it's the

M178 unit familiar from the C63 and GT. But for the first time it uses twin-scroll turbos, to increase both power and torque while improving responsiveness and power delivery across the rev range. There's also cylinder deactivation to help save fuel when you're just chilling. Yes, the most trick and most powerful version of the performance division's turbo V8 is currently only available in an E-Class saloon, not its flagship sports car. Very AMG.

The E63 also ushers in a new era of gearbox technology, the long-serving seven-speed gearbox (an auto with a locking clutch for snappier shifts) replaced with a new nine-speed unit with (seemingly) a similar connection to the engine, though AMG Speedshift MCT now stands for Multi Clutch Technology not Manual Clutch Technology as it did previously. More details on this when we get them.

This powers all four wheels via a new 4Matic+ system that - as we already know - offers fully variable drive torque. E63s have been four-wheel drive previously of course but only in left-hand drive markets, the position of the front power take-off meaning it was prohibitive to engineer a right-hand drive version. Leaving us with the hero spec RWD option as our only choice. Boohoo. 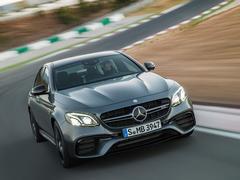 Bring on that first drive!

Also new is air suspension all around, dubbed Air Body Control. Previous AMG E-Classes mixed coil-sprung front axles with air-sprung rears, engineers explaining to us that the spring rates required on the front axle meant the rubber chambers would be too thick, impacting small bump compliance and ride comfort. Clearly they reckon the new multi-chamber air springs solve that issue, improved camber stability and steering precision apparently additional benefits. This can also be attributed to the new AMG designed 12-link rear axle, discussed just yesterday in our review of the

that also uses it. The E63 also gets more track up front too, the wings flared by 17mm to accommodate this.

For the moment the E63 is making its debut as a saloon but, if the spy shots are to be believed, a wagon version is also in development. Given BMW's M5 is a saloon and the RS6 is traditionally an Avant that means AMG can cover both bases, just in case the power advantage and other features weren't enough to tempt you already.