In case the spoiler wasn't attention grabbing enough, now it gets DRS... 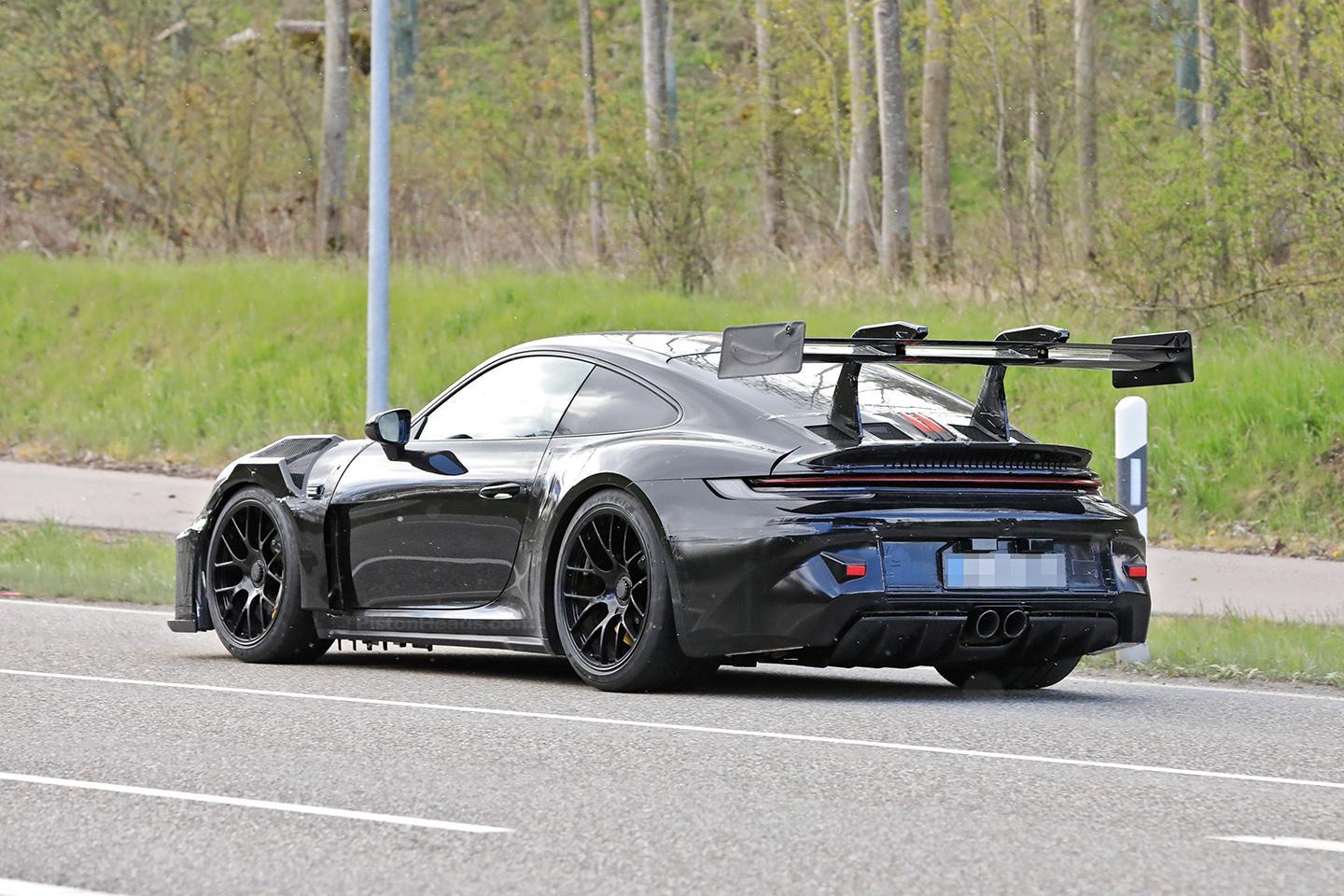 Expectations always run high for a new GT3 RS, but the forthcoming 992 version might take the biscuit. Why? Well, the latest GT3 has already proved itself the most track-capable naturally aspirated 911 ever - with the Nurburgring time to prove it - which makes the prospect of a Renn Sport flagship rather exciting. Just how much faster can it go?

Certainly, Porsche appears to be pulling out all the stops to put clear air between GT3 and RS, even if tradition dictates that power won't rise significantly from the 510hp found in the standard car. The latest innovation is active aero; not the easiest to see in action from stills, but the accompanying video clearly shows a DRS-style system atop the enormous rear spoiler. Similar in design to the GT3's though perhaps even larger, the very top lip can be seen open on throttle and closed with gas lifted. Which is a pretty significant development for a roadgoing 911.

Elsewhere this is mostly the GT3 RS prototype we've seen testing over the last nine months, with vast centre lock wheels, jutting spoilers, a smattering of vents and swollen bodywork. There's certainly no danger of this being mistaken for anything less than a GT3 RS when it eventually goes on sale. The most notable change for this development car, beyond the new aerodynamic addenda, is the more prominent wheelarch/front wing intake. A feature of the GT3 RS since the first 991 generation, it seems we can expect them to be even more dramatic this time around.

With GT3s set to reach customers soon and the RS destined to be a 2022 model, we can't be far from seeing the real thing unveiled now. Can that spoiler really make production? How much power is there left in the 4.0-litre flat-six? And just how quickly can it lap the Nordschleife? Because it looks absurdly quick here. Answers soon.