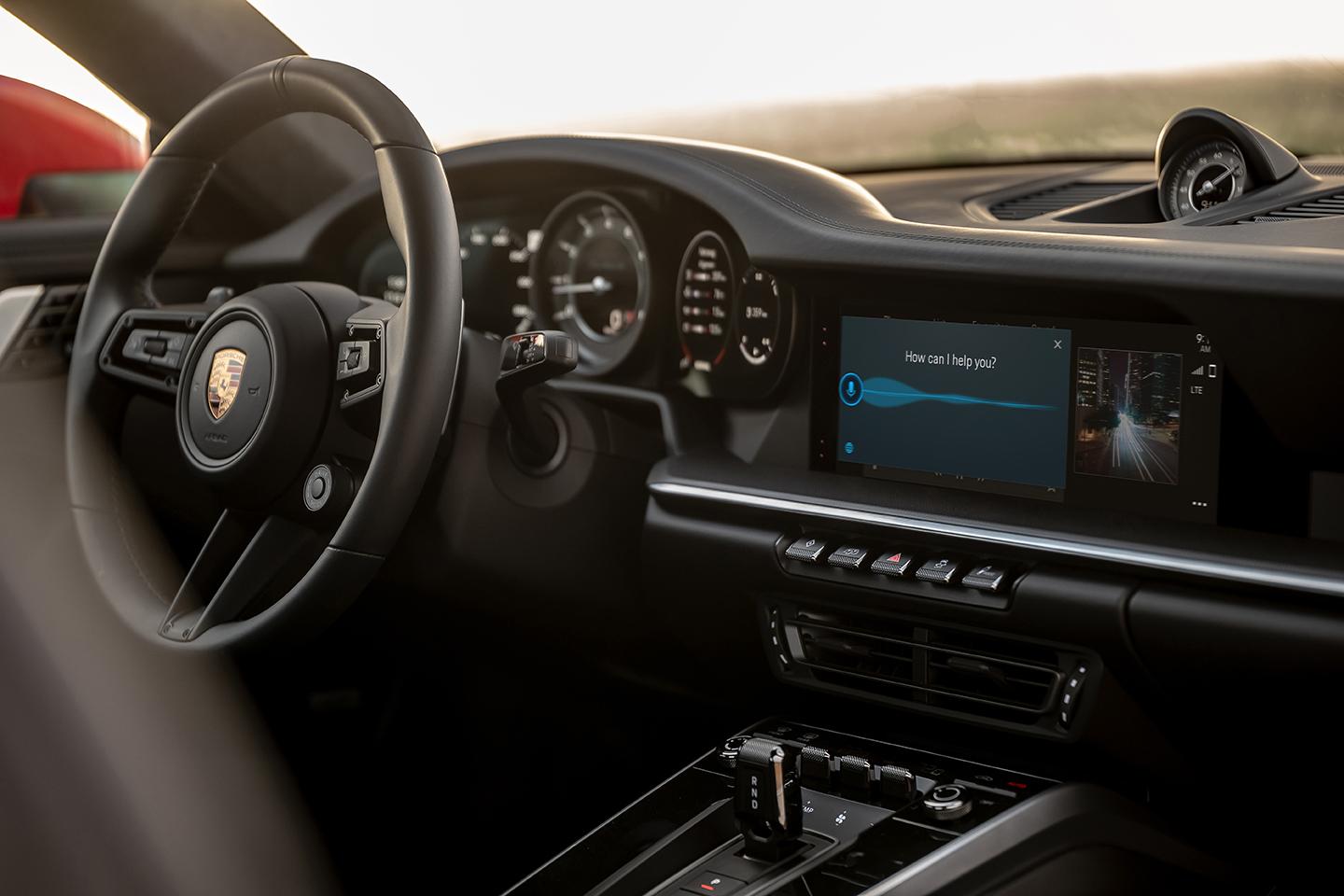 Porsche has revealed details about its upcoming sixth-generation PCM infotainment system before it's integrated into the 911, Cayenne and Panamera ranges this summer. In expected fashion, the developers behind the new-for-2021 Porsche Communication Management system have focused on providing swish, simple and clear menus, which - from what we can see in the video - evolve the style first seen in the Taycan into a format that features some handy new tech.

Starting with the hardware, note the curved instrument cluster glass and the slim central screen design, which pretty much anyone to have sat inside Porsche's first electric car will have found impossible to not like. The menus and user experience all aim to minimise effort from the driver point of view, and the system learns a driver's habits to predictively offer them their usual preferences. Handy.

As you'd expect, Porsche's system is centred around the driver rather than 'users', and it comes with new track driving menus that include a very cool time comparison feature. Inspired by the digital timing systems aboard racing cars, the lap timing display also uses the car's GPS connection to illustrate in real time whether you're ahead of behind the previous best lap. Anyone who's used a system like this in motorsport will know how handy it is in tidying up your lap, corner by corner. For everyone else, it's a new gimmick to show your mates.

Apparently, the voice command system is now much, much more conversational. You'll unlikely get a coherent answer if you want to talk politics, but if you're low on fuel or want the heater turned up, the system can help with solutions. It can even access your phone's calendar and add new events, or remind you of upcoming bookings. With machine learning, the new PCM voice system learns its main user's terms over time and becomes smarter and faster. It's a far cry from the clunky one-term-based systems of yesteryear. And with over-the-air updates, it should keep improving, too.

In line with that, the 6.0 system has a much deeper smartphone integration than before that works for both Apple and Android users, although Porsche is putting most of its eggs in one basket with a direct connection to a user's Apple Music profile. Hear a song on the radio you like? You can tell PCM to add it to your Apple Music library without moving a muscle. Want to access your playlists but can't get your phone out of your bag? It's accessible via the PCM's internet connection.

“We have succeeded in combining the classic radio experience with the modern streaming experience,” says Martin Bayer, manager of navigation and infotainment tech at Porsche. "It is not just about listening to audio content, but rather the in-depth integration of Apple Music and Apple Podcasts built into the Porsche infotainment system."