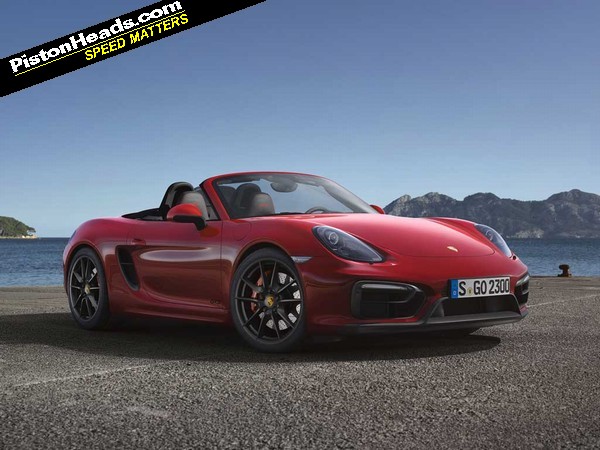 Porsche has confirmed details of the

, new variants of the respective 3.4-litre S versions of each with a small tickle to the engine and package of mechanical and aesthetic upgrades. 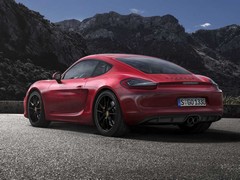 In short you get 15hp extra and 7lb ft extra in both cases (330hp/273lb ft for the Boxster GTS, 340hp/280lb ft for the Cayman GTS) with an 'optimised' version of the 3.4-litre flat-six, standard Sport Chrono with dynamic engine mounts, 20-inch Carrera S wheels in black, PASM adjustable dampers, Alcantara trimmings for the cabin and Porsche Dynamic Lighting System headlights enclosed in black casings. A more extreme suspension setting with a -20mm ride height drop and PDK are among the options. So, yes, manuals are standard in both cases.

Porsche's love of overly airbrushed press pictures means the visual impact of these updates is somewhat diminished for now but it's clear there are enough distinguishing features to set the GTS models apart from their regular S brothers.

Worth the money though? Well, the wheels, PASM, PDLS and Sport Chrono would add £3,504 as options to the base prices of a manual Boxster S (£46,112) or comparable Cayman S (£48,783) for starters. But at £52,879 for the Boxster GTS and £55,397 for the Cayman GTS you're effectively looking at the equivalent of a £6.5K options spend on each. Not difficult to achieve with a few minutes on the Porsche configurator but the attraction of the stand-out aesthetics and fact they're wrapped up in one package and topped off with a small power bump adds to the appeal. Canny Porsche buyers will have already recognised that GTS models are often the pick of their respective ranges too so you can't imagine Official Porsche Centres struggling too hard to shift them.

Both cars are on sale now, first deliveries are expected in May.