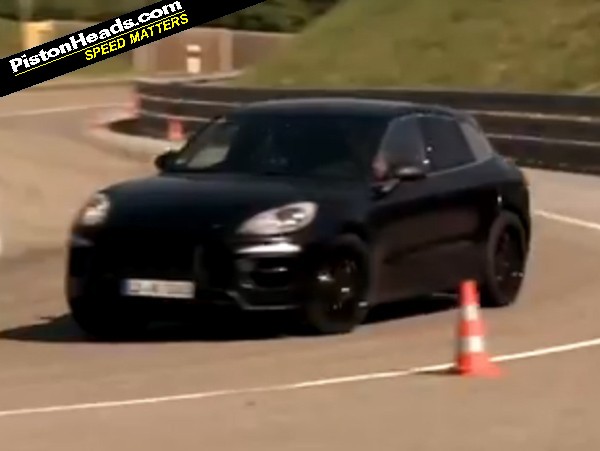 'Intelligent Performance is our commitment to the future of the Sports Car [sic]. And is the fundamental principle behind the new Porsche Macan'.

Ergo Porsche's Macan teaser becomes a bit of a gratuitous nostalgia fest, with Porsche claiming a link between Le Mans victories with the 917 and its new baby Cayenne. We're all for a bit of Porsche history, but it seems rather excessive to occupy a minute of a 90-second clip on a new car with heritage footage.

But anyway, what can we glean about the new car? The styling is very much Cayenne Nano, with the prominent grille and headlights instantly familiar. But it's noticeably lower and more compact too, which is reflected in how the Macan drives; it looks poised and eager to change direction. It even manages to lift an inside wheel cornering as well, implying a fair bit of rigidity.

But it will off-road too. Porsche shows us a pair of Macans battling with sand dunes and appearing to hold their own.

Expect plenty more Macan hype from Porsche ahead of its LA show debut next month and its launch next year. Which we will wholeheartedly support. Let's not forget, of course, it has been the Cayenne's success that has allowed Porsche to continue building wonderful sports cars like the 991 GT3. But can we have a bit more of the actual car next time Porsche?