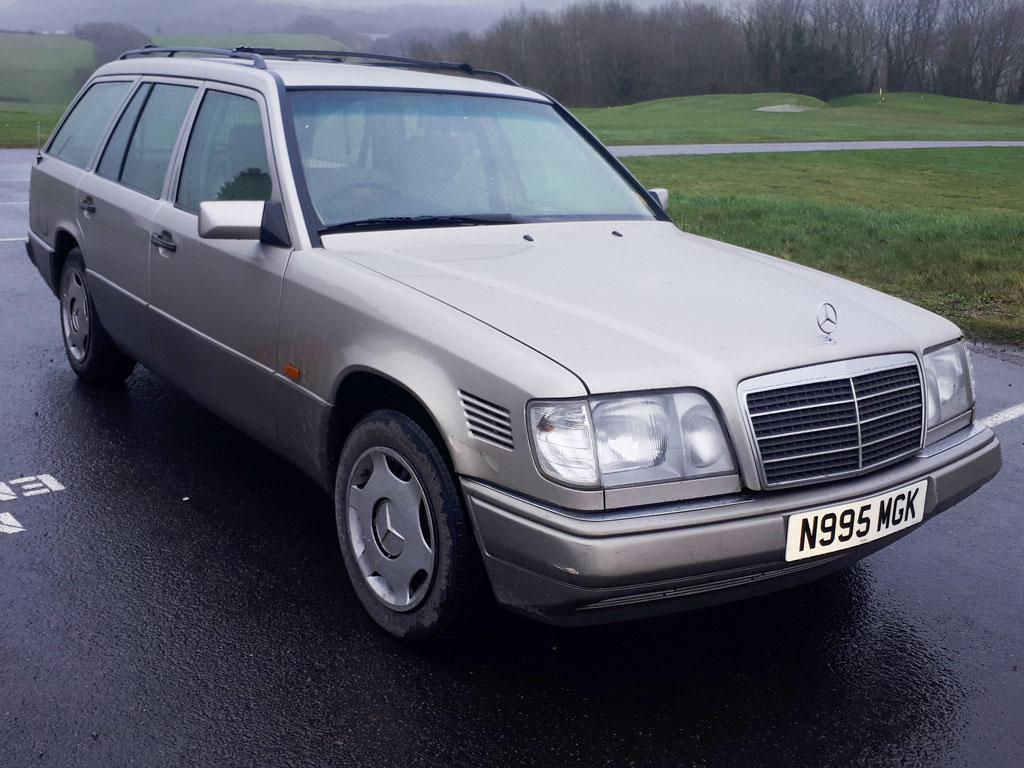 The average price of a new car has risen by getting on for 40 per cent over the last ten years. Even small hatchbacks are now costing around £15,000, so it’s hardly surprising that four out of five new cars are ‘bought’ on a PCP-type monthly payment basis.

Finance deals do mean that you’re never driving anything that’s more than three or four years old, and protect you against big motoring costs like depreciation and general degradation, but you’ll pay hard for those privileges, money that’s usually ‘lost’ as so few PCP-ers go on to own their car. It’s a bit like renting a house instead of buying one.

Given what most of us believe to be the best of those two housing options, it would seem sensible to apply the same principle to cars, ie buying a used one and keeping it for as long as possible. You’ll not only skip the worst effects of financial erosion, if you pick the right car you might even make a bit of dosh when the time comes to sell it.

Improved manufacturing quality is certainly on your side these days, but keeping a car for a long time still isn't easy in the UK thanks to our damp, cold weather and the salt put on the roads to combat it. Assuming you want to use your old car rather than simply store it, some form of rustproofing becomes an essential part of long-term ownership.

Which brings us to a firm called South West Rust Proofing, out of Westbury in Wiltshire, and a PH Fleet car you won't have heard of, a Mercedes-Benz W124 E300 diesel estate. There’ll be more on this beast in a future episode. For now, though, let's just call it the Cockroach. Why? Well, although our 1996 example is one of the last of the W124s to be powered by the OM606 3.0 non-turbo inline six diesel, even in this fully-developed ‘multivalve’ twin-cam form it still only produced 134hp and 155lb ft – not a lot for a 3.0 litre engine, diesel or not.

The thing about the OM606 though is not its power, or the lack of it. It’s its near-legendary reputation for reaching huge mileages. It also has the potential to reach 600hp, which is another story for later. The motor on our car has done a mere 130,000 miles, so is a veritable stripling. What it needs is an equally solid foundation to fulfil its potential – which means a sound body.

There are two ways of rustproofing the bottom of a car: smearing it with old chip fat and engine oil and hoping for the best, or taking it to a pro outfit for a proper job. Which takes us back to South West Rust Proofing. SWRP work with Dinitrol products, which offer solvent- rather than oil-based solutions to rust prevention.

Before continuing, full disclosure: SWRP took on my Merc for free – though a donation to Help The Heroes was made, for reasons which should become obvious in a minute. They were approached on the basis of outstanding website and FB reviews that any company would pay to have. In these post-truth days, they often have, but none of SWRP’s posts had that dodgy whiff of phoniness about them.

I took the Merc in for its initial examination – which is free – with the same sort of trepidation you’d feel about going to the hospital for what could be a life-changing (or ending) diagnosis. If the car you’re taking in does need work before it can go forward for treatment, SWRP will tell you what that work is and give you an estimate for it. The beauty of the setup is that they run Broad Lane Land Rovers from the same premises. As such, they’re not short of welding expertise - ahem - so can provide a true ‘one stop shop’ operation. You drop the car off in full confidence that, assuming it hasn’t turned into Gruyere cheese and passes the initial inspection, you’ll be able to pick it up at the end of the three-day treatment period with all the work properly carried out. Their service includes a free courtesy car, in my case a Freelander 1, which was a nice blast from the past.

The company has only been going for just over a year, but on word of mouth alone it’s already got a five-month waiting list. We had a chat with Fiona Pugh, who along with hubby Mark (a well-known figure in Landie repair and restoration) owns the business. “People know what they’re getting from us because they’ve read about the process,” said Fiona, who before SWRP worked in accident repair. “Our chance to excel here is in customer service, making sure every customer and every vehicle is looked after.

“What they are effectively paying for is our preparation. Depending on how old a car is, it could need up to eight hours of prep. If you read forums on rustproofing you can see that people are reluctant to take their cars in for treatment because they’re worried that the prep won’t get done. You do see a lot of firms starting up and then stopping. We’re in it for the long haul. We actually want our customers to come back so we can pick up any damage and catch it in time.”

After another jolly chat with receptionist Nicky, we handed the keys over to Garry, SWRP’s rustmeister-general, for the first stage of the process – cleaning. He joined the firm just under three years ago after 18 years in the Army. “I find the work here really therapeutic,” he said.

We buzz off for the night in the Freelander, returning the next morning for an update, loins well and truly girded for any bad news. It was amazing to see how much personal therapy Garry had enjoyed. Not only had he taken off all the plastic covers and undertrays (a big job in itself) and jet-washed and steam cleaned a quarter of a century’s worth of gunk off the Merc’s belly, arches and underparts, he’d fastidiously masked off everything that wasn’t going to be treated.

Standing under the now-dry car, there seemed to be a fair bit of brownery on view, but Garry was reassuring. “It’s pretty much all just surface corrosion,” he said. “This car has been well looked after. It’s absolutely gorgeous.” You hope that a 20th century Mercedes will live up to its reputation for quality but even so, Garry’s assessment was good to hear. We knew there was at least one hole in the offside front flitch panel, which is the technical name for a triangular metal fillet in the inner wing behind the footwell, but apart from that there could have been all sorts of horrors lurking.

Garry did find a second small hole in the front (sill end) of the nearside rear arch, just ahead of the official factory bung, but thankfully – not to say incredibly for a 24-year-old car – that was the full extent of the Merc’s bodywork problems. That second hole turned out to be quite handy as it allowed Garry to squirt ML (penetrating cavity wax) into the body frame on that side without having to remove the bung. SWRP warns customers that there may be a short-term aroma from the cavity wax but we didn’t notice it in our Merc thanks to its own very particular cabin aromas carefully built up over the years. Both holes were then professionally patched by welderman Dave.

Now that he had a clear picture of the metal, Garry’s next task was to prepare it for treatment, first with hand, power and air tools and then with RC900 rust converter and primer. Like all the products SWRP use, RC900 is a Dinitrol item. A mix of epoxy resin and an organic chelat base (chelation being a type of bonding of ions and molecules to metal ions), RC900 actively converts rust into a stable organic iron complex that forms a barrier against further corrosion. Dinitrol reckons that RC 900 penetrates rust 7 to 10 times deeper than standard rust converters.

You’ve got to leave the RC900 to work over 24 hours before the next stage can begin. Our first date was actually put back by a couple of weeks because, even with a monster diesel dryer on hand, the midwinter drying conditions weren’t good enough. Next, Dinitrol 445 stone chip protection was sprayed into the wheel arches. On Landies like the Defender, this synthetic resin/plastic product is also applied to vulnerable areas like the rear cross member and front bumper. 445 is resistant to acid and alkaline high pressure cleaners, salt water and road salt. The Merc takes around four litres of it.

Finally, Dinitrol 4941 underbody protection is applied. This solvent-based stuff has ‘self-healing’ properties that allow it to automatically re-cover any small areas of damage within the coating layer. Once it’s on there – six litres of it on our Merc – 4941 forms a robust film coating that stops water and oxygen from reaching all that lovely raw metal that so wants to turn rusty given half a chance.

All these Dinitrol products come in 500ml aerosols as well as larger trade-type containers, so once all the heavy lifting has been done by your local version of Garry it would make some sort of sense to buy a couple of aerosol cans so that you can get stuck into it yourself at home. Not literally, hopefully.

As noted, the whole process takes three days, and I was mightily impressed by the thoroughness and transparency of it. I could pop in at any time and chat to Garry while he enjoyed himself at my expense. And, when it was finished, I could stand with him under the ramp and look up in wonder at the transformation. SWRP recommends annual inspections after that. The one-year limited warranty means that the first inspection one year after the treatment is free, as are any minor touch-ups of any damaged areas. Garry will spend a full day on that.

Post-treatment, you get a certificate that’s updated with any re-treatment work, which is a powerful document to have in any car history file. You also get free access to a customer area containing a full selection of before and after (and indeed during) photographs.

As mentioned, SWRP kindly did our Merc for free, so big thanks to Fiona and Mark, to Nicky, Stacey and the rest of the team, and of course to Garry and Dave for doing all the mucky stuff and making such a great job of it. For a biggish estate like this, the cost of the treatment would have been £690 including VAT. The most expensive vehicle, something like a motorhome which requires a lot of specialist masking, would be around £960, but SWRP’s prices for smaller cars start from less than half that, at £450.

Houses and classic cars are, generally speaking, good investments, and rustproofing can lift everyday cars into that investment category without lifting them out of the useability one. For anything that’s appreciating in value, or for a vehicle that you just love and want to keep around for as long as possible, this seems to us like intelligent sustainable motoring and money very well spent. We’ll have to see how the Merc looks one year from today, but right now I’m a believer.

Search for a Mercedes here