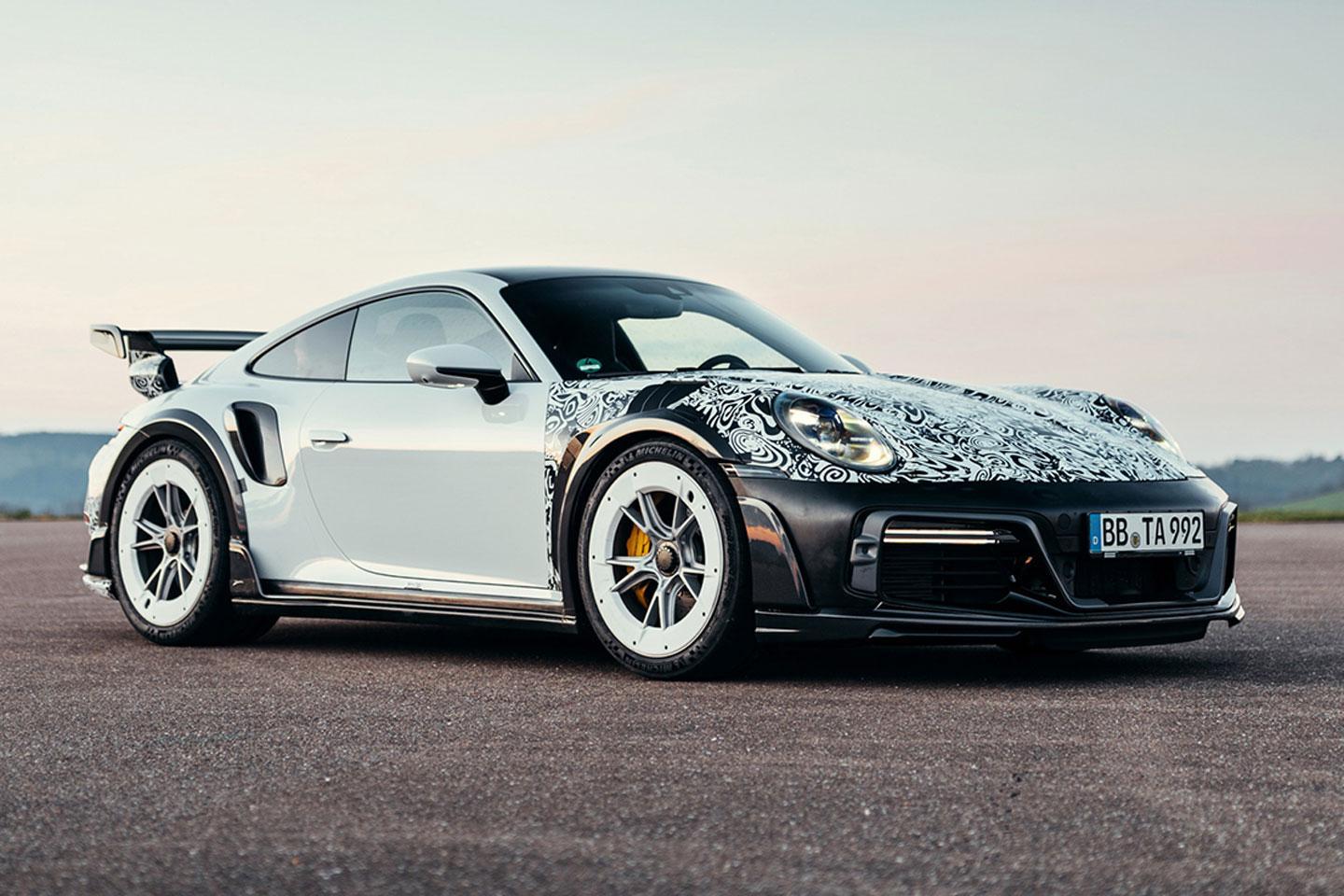 More than ever before, the 992 generation has delivered a brace of 911 Turbo that are as exciting through the bends as they are savage in a straight line. But it seems for some, this mix of face-squashing agility and power is not enough, hence the arrival of TechArt's latest monster: the limited edition GTstreet R. With 800hp in top Turbo S-based format and no shortage of aerodynamic enhancements, it offers a sizeable jump in all-round performance, but - we're promised - no noticeable drop-off in everyday usability.

Those who regularly have to squeeze through width restrictions might not entirely agree, because TechArt's chassis work - including wider 20- or 21-inch wheels - expands the tracks by 30mm, allowing for a widened aerodynamic profile above. But for everyone else, with 701lb ft of torque and claims for four times more downforce over the rear, the top GTstreet R certainly looks like a big step up. And that's from Porsche's already very capable turbocharged flat-six starting point.

TechArt's work is said to reduce frontal lift by 45 per cent at 87mph, helping to keep its pumped-up and coilover-shod 992 glued to the ground. In fact, the new aero kit is said to make greater use of the airflow for cooling, directing more of it onto the intercooler and helping to keep that uprated 3.8-litre within operating range. Despite all the new bits, Porsche's factory-fit active aero pieces remain functional, so you're given a slipperier car on a cruise and a grippier one at speed.

Flat out, the GTstreet R can do 217mph, 12 more than Porsche's original. We've not been given a 0-62mph time yet, but it's inevitably going to be something around the 2.5-second mark. Which is probably quick enough for most. Thankfully, TechArt has your torso covered with its revamped 992 interior, complete with its retrimmed sports seats and, if the Clubsport Pack is ticked, a half roll cage. The German tuner emphasises that this is a machine developed for hard work on track, although it hasn't gone fully function over form, as illustrated by the chequered flag fabric that adorns much of the cabin, steering wheel included.

"Since 1987, TechArt customers worldwide have an almost unlimited range of options for customizing and refining their Porsche vehicles. Based on our founding year, the GTstreet R programme will be limited to 87 units," said Tobias Beyer, managing director of TechArt. The kit is available from 73,000 euros with orders being taken now.