Just when it seemed the Alfaholics GTAs couldn't be more desirable! 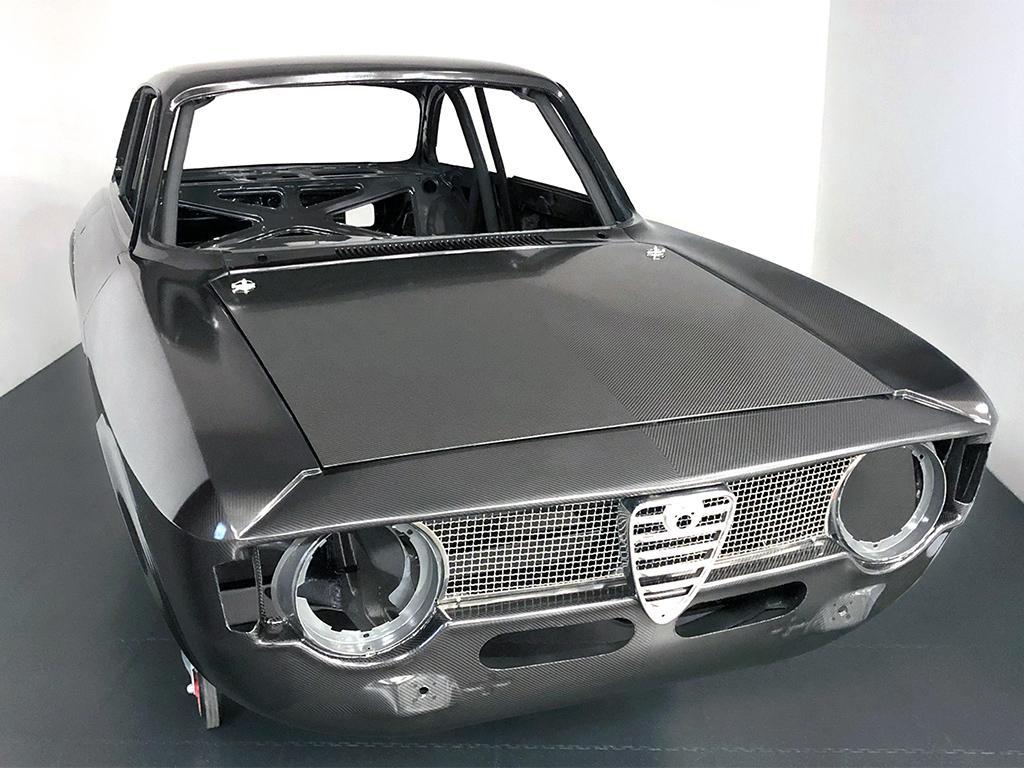 You know you're onto something good when a product release of 94 words and a few pics makes the headlines. But such is the way with Alfaholics; its reputation as purveyors of the finest restored 105-series Alfas around is so good that it could launch a line of branded stationery and it would get coverage. Probably.

It's latest news is very exciting, even by the exalted standards of Alfaholics: full carbon body panels. Look superb, don't they? Nothing like a good carbon weave fire the imagination on a Wednesday morning. Of course, the new panels do more than just look so good unpainted you might just leave them that way - they save weight. Lots of weight.

For a steel-bodied Alfaholics GTA-R, the new parts will save 70kg, which is significant in a car weighing about a tonne. Even for the flagship 290 GTA-R, which already comes with a carbon bonnet, boot and doors, the additional carbon saves 38kg. Handily, it pushes the claimed power-to-weight of that car up beyond 300hp per tonne as well, hence this build being the 300 GTA-R. Spicy.

And that's kind of it for your Alfaholics news. Super desirable reimagined classic Alfa Romeo gets even more desirable again. And, presumably, more expensive as well. Especially so for this particular build, because it's getting Alfaholics' new 'Ultraleggera' billet titanium suspension, for even fewer pounds on the scales and just one or two more on that bottom line. But, good grief, you would if you could, right? Those after some inspiration should check out the completed build page on Alfaholics website and prepare to be amazed...