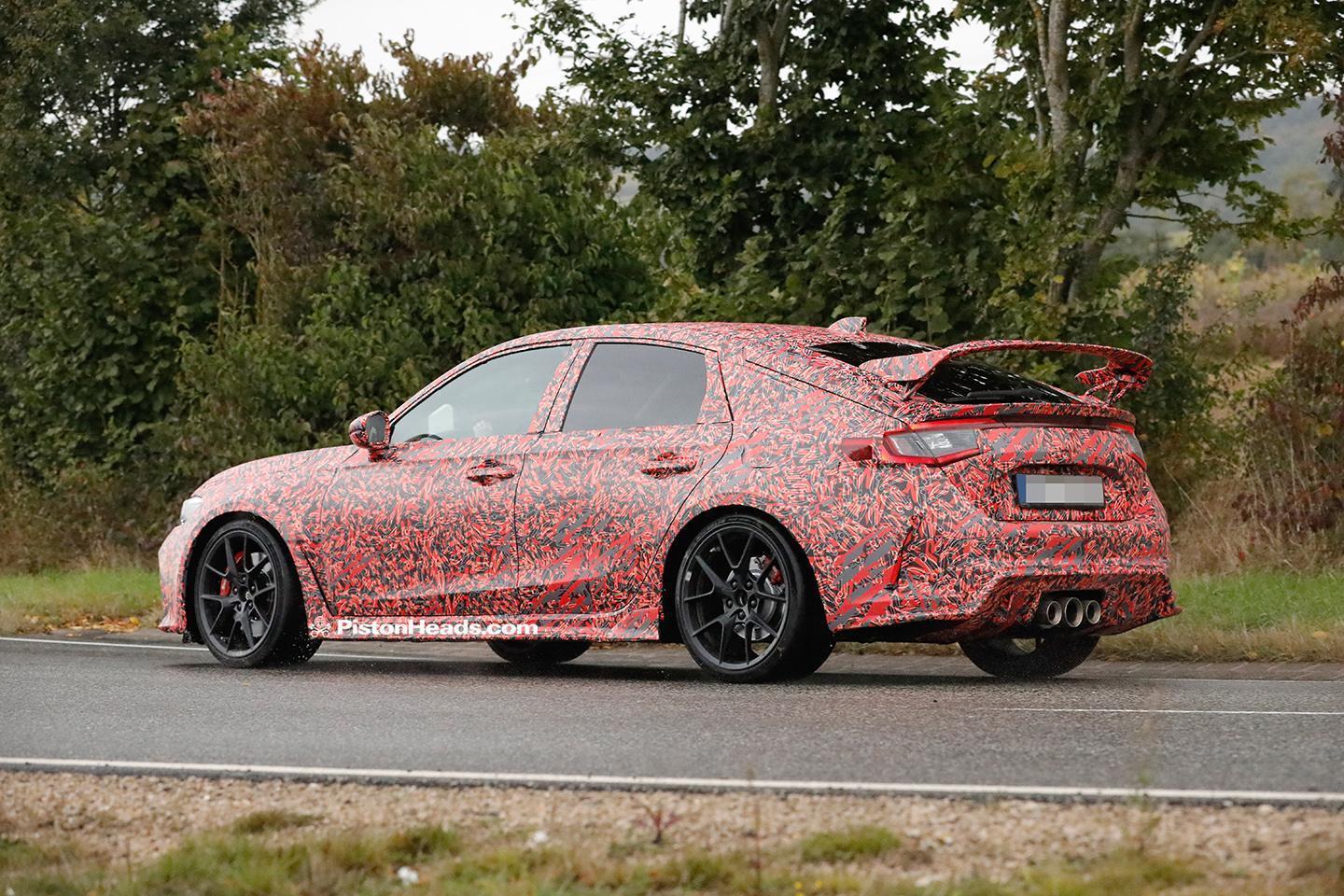 One day the logic around prototype disguise will make sense. On the one hand, of course, a manufacturer must conceal the finer details of a new car ahead of a full reveal; on the other, make it too well disguised and nobody will know what it is. And then you lose all your pre-launch hype.

Honda is clearly trying to have it both ways. It has already officially revealed its Civic Type R mule, and (presumably intentionally) made the camouflage even more attention-grabbing than a regular production car would be. Yet at the same time it's still coyly covering the badges, despite the presence of the model-specific exhaust and wing. Not sure who it's trying to fool. Certainly not our spy snapper.

New details worth noting this time round are the Michelin Pilot Sport 4S tyres - the first time they've featured on a Type R - the intricate (perhaps adjustable) mounts for the rear spoiler, what looks to be full width rear light bar, a chunky diffuser split by the trio of exhaust pipes and vents in the bonnet.

In the real world (rather than Instagram), the Civic looks really low as well, hunkered down on its wheels, perhaps even more so than the current car. It certainly looks aggressive - but then it does have a front-wheel drive Nurburgring lap record to reclaim...

That's not even the best bit, either, as our intrepid snapper managed to get a quick shot of the Civic interior, revealing - praise be - a manual gearbox and another pair of chunky red bucket seats. More good news comes in the form of an Alcantara wheel (as introduced with the most recent facelift) and the retention of physical ventilation controls. Perhaps not a primary Type R concern, but reassuring to see nonetheless.

Otherwise, this is the Civic first revealed by Honda last week. The state of the interior implies the Type R is perhaps closer to a reveal than first thought. This is not the sort of development car where sections of bodywork are still being signed off; strip away the bizarre wrap, add the badges and this is very much it. All we need to know now is how fast it is and what it'll cost - those details can't come soon enough.