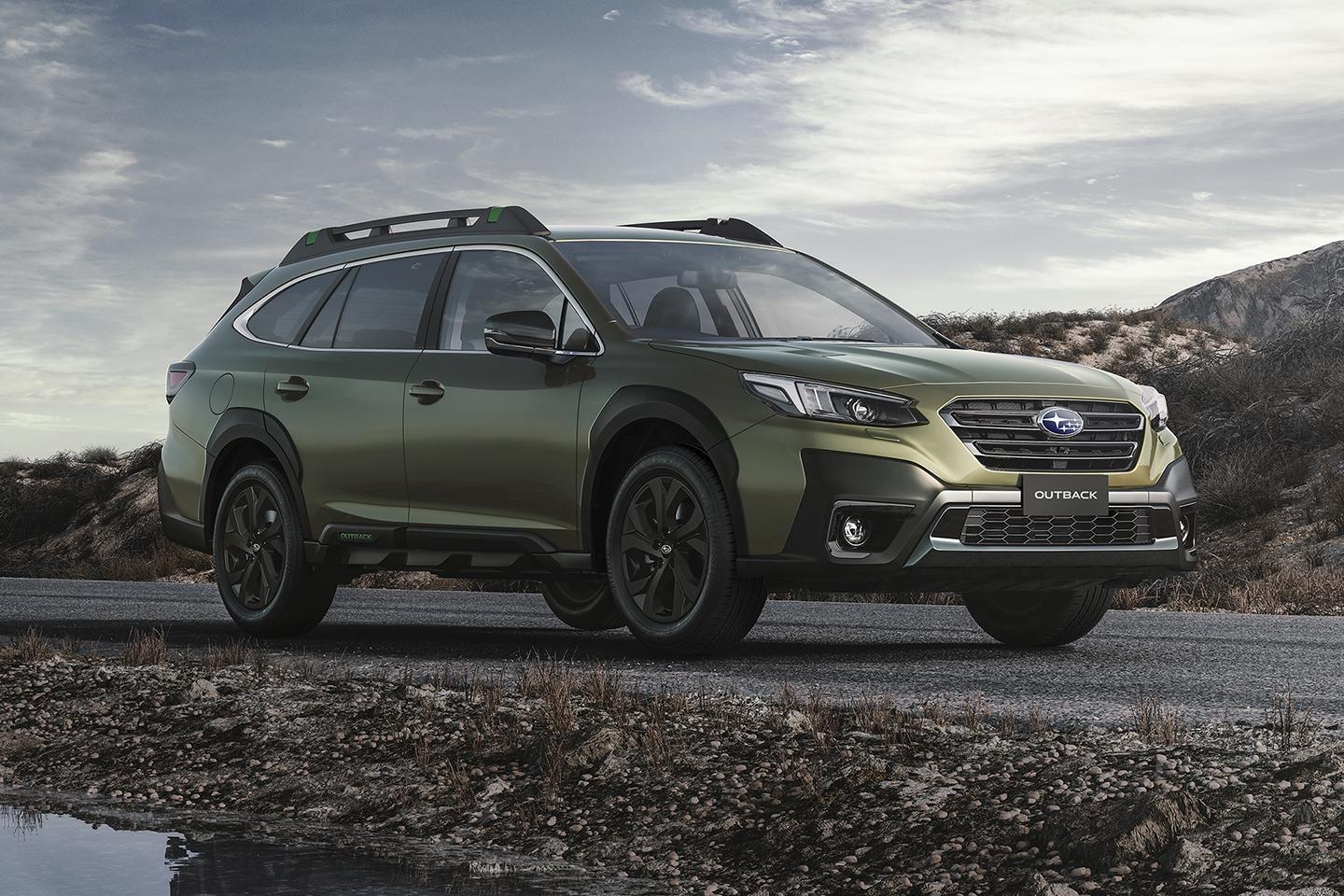 It's possibly you've forgotten all about the Outback, Subaru's rugged wagon crossover. But Subaru certainly hasn't. In the States, the Outback is huge - easily the manufacturer's best-selling model, and universally adored for its sturdy credentials. The latest version launched there ages ago because that's where Subaru focuses all its attention these days, which is fair enough given its remarkable sales growth. But it hasn't forgotten about the quaint little niche it nurtures across the pond, and today confirmed that the new model will arrive in showrooms by the end of the month.

This is good news for anyone fond of their old Outback, because Subaru is a dab hand at incremental improvements - a characteristic championed by its buyers in the States. They don't want the uncertainty of too much change, hence the marginal difference in appearance. The Outback is presented as much the same gnarly box of nonchalance it's always been. It is the North Face fleece of cars.

That said, the familiarity does cloak genuine newness underneath. The Outback is now underpinned by the latest Subaru Global Platform, and as ever that's important because new means stiffer. Certainly the manufacturer says crash safety has improved, and it has updated the suspension to the extent that body roll has been reduced by 50 per cent. The new Outback is also slightly longer, largely to the benefit of rear passengers.

The car is powered by another stalwart, Subaru's turbocharged 2.5-litre flat-four, although, again, its maker says the unit has been heavily revised with up to 90 per cent of its parts swapped out for something newer and shinier. The 182hp it delivers via a standard CVT is unlikely to tear your face off - but of course it's not meant to (there's a 260hp 2.4-litre motor for that, which we'll almost certainly never see over here).

What is meant to do is unobtrusively power the Permanent Symmetrical All-Wheel Drive system that Subaru is obviously famous for. Expect it to do this adroitly enough - not least because more Americans are said to take the Outback off road than almost any other car. The Outback gets 213mm of ground clearance with that in mind, and gets a newly evolved X-Mode with Hill Descent Control.

Inside, Subaru claims to have gone for a more premium feel throughout the cabin, but don't expect Bentley levels of opulence - that isn't the Outback way either. Of likely greater significance is the introduction of a redesigned infotainment system that features an 11.6-inch vertical touchscreen for 'tablet-like simplicity'. Think 'stone tablet' simplicity, and you'll get the general gist of the Outback's abiding appeal. We totally get it. If you do too, the car is due to arrive May 27th and is priced from £33,995.