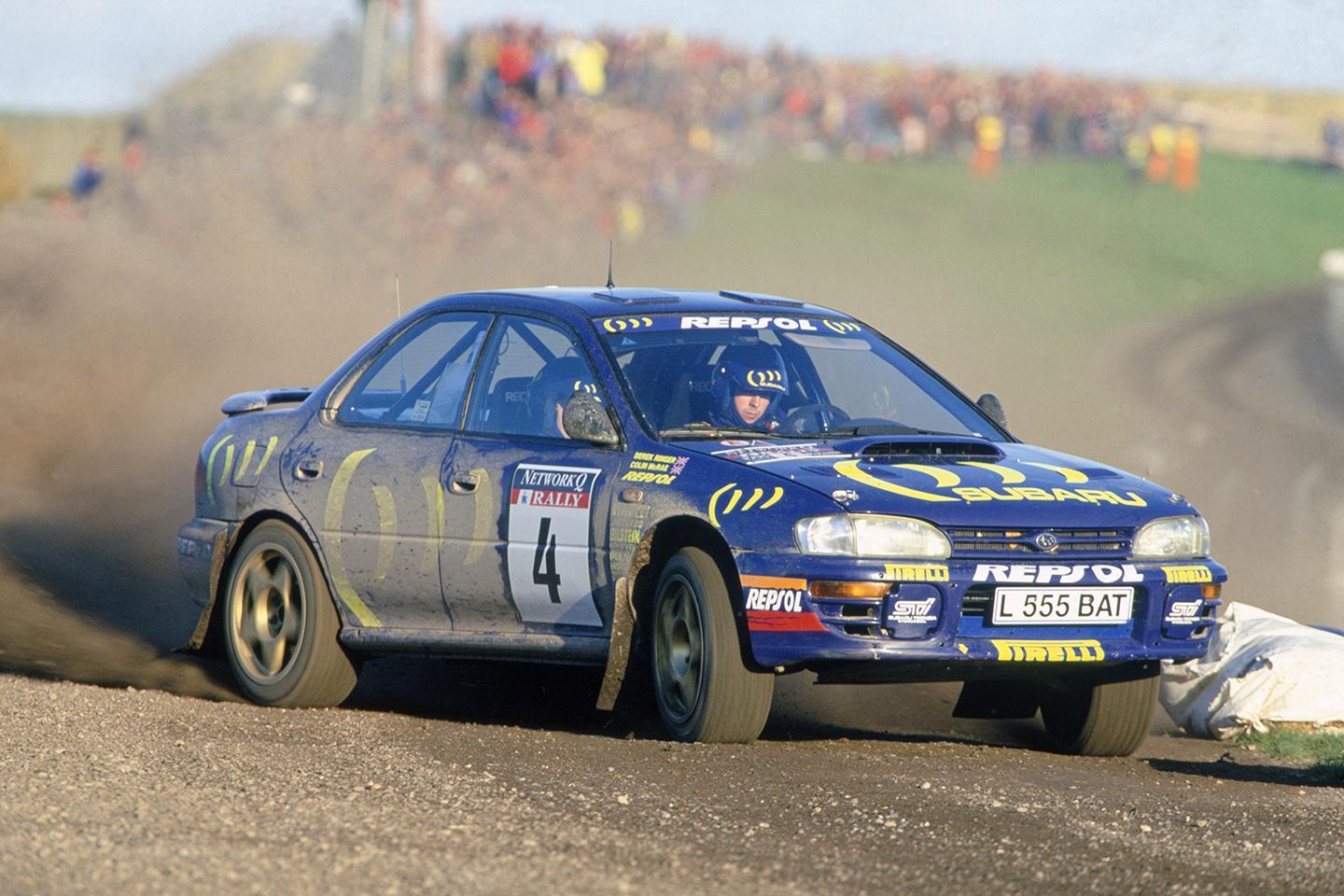 In amongst the noise of 2020 have been a few positives for motorsport: Lewis Hamilton's record-equalling F1 title, for starters, and a BTCC campaign that still managed to run 27 races from a usual calendar of 30 - some achievement. There could be another before the year is out, too, as Elfyn Evans goes into the final WRC event of the year - the ACI Rally Monza next month - as championship leader. He currently sits 14 points ahead of teammate and WRC legend Seb Ogier; truncated season or not, that's damn impressive. There's a very good chance he could be the first British WRC champ since Richard Burns was victorious in 2001. Evans would be only the third ever, in fact, and we're all very familiar with the first one...

Today, Sunday 22nd November, 2020, marks exactly 25 years since Colin McRae pipped teammate Carlos Sainz by the slenderest of margins to become world rally champion. It's perhaps as dramatic and as famous as rallying has ever been in Britain: that almighty, season-long duel between Scot and Spaniard came to a head, Colin's all-out driving style was more committed than ever, and the flame-spitting Impreza's speed ensured rallying entertainment like we'd never seen before. And, if we're honest, which hasn't been replicated ever since. Remember, too, that 1995 was the year of Toyota's cheating scandal - the WRC was as much soap opera as sport 25 years ago. And we loved it.

Such a significant anniversary couldn't go unmarked; the year encapsulated everything that's so adored about rallying, and gave us Brits a homegrown hero to celebrate for the very first time. Everything that has happened since has only served to make November 22nd, 1995 all the more poignant, with McRae's win his only championship and Richard Burns, like Colin, taken from us much too early. There's no doubt, too, that the fact both won their titles in Imprezas has furthered our affection for the humble Subaru saloon in Britain.

If Evans does win this title, he obviously won't do it in an Impreza. That said, the Toyota Gazoo Racing Yaris seems wholly appropriate given its recent reincarnation as a modern cult hero for the road. If not exactly tangible, the GR certainly channels a lot of the special stage energy that made those old Subarus so memorable.

We won't know whether Evans has notched up a remarkable championship win for a couple of weeks yet. It wouldn't be an exaggeration to say, however, that even a richly deserved win won't capture the imagination quite like 1995 did - we have a different relationship with rallying nowadays. To mark that fact, here's Top Gear's Rally Report from 25 years ago, with highlights of both the RAC and the rest of that incredible season. If you watch nothing else today, make sure it's this, because it's truly fantastic. Thank you for the memories, Colin.