Previous super special Subarus were JDM only - now they're only for the US. Here's what you need to know 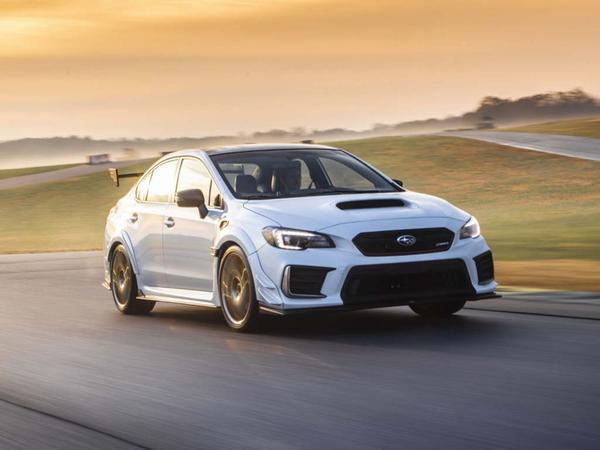 Watch the livestream for Subaru's latest STI and its hard not to get a bit emotional about the Impreza's heritage - we've done so already with a farewell drive, but it's happened again. The stream featured WRC clips, N24 footage, Burns, McRae and some wild special editions - the 22B, the S201, RA-R and so on.

This new S209, teased over the last few weeks in the lead up to Detroit, continues the lineage of the iconic STI 'S' models seen since the turn of the millennium. They've always represented the most extreme Subaru saloons of the period, and that looks like continuing with the new car. Perhaps most notably, this S209 is the first to be offered in the US, after years of Japanese-only sales.

So what's new? Well, this S209 is the most powerful production STI ever, the EJ25 2.5-litre turbo now producing 346hp thanks to a revised intake system, bespoke turbo and a freer flowing exhaust. Forged pistons and con-rods should alleviate some of the longevity concerns with this engine, and an intercooler water spray is a nice nod back to the 22B.

To substantiate the claim of this S209 also being the best handling STI ever, it comes with unique, STI-tuned Bilstein dampers, uprated springs and stronger bushings. In addition, and said to be influenced directly by the N24 class-winning cars, this STI receives "a flexible front-strut tower bar and flexible front and rear draw stiffeners" - if you know then we'd love to as well. Complementing those changes are a carbon roof, Brembo discs with upgraded STI pads, forged BBS wheels (in gold, of course), a chunky rear wing (again carbon) and a new performance clutch.

Inside the S209 is treated to Recaro front seats, enough logos to ensure nobody ever forgets what it is and a red "decorative instrument panel". We're waiting earnestly and eagerly for those pics.

As mentioned, this is the first time in nearly 20 years that an 'S' model Subaru has been offered exclusively to US customers; testament to brand's popularity Stateside. Buyers will get a choice of either the white with gold wheels seen here, or WR Blue Pearl with dark grey wheels - which will immediately be painted gold, surely. Subaru says this is the best STI it's ever made, embracing all that's been learned in rally, rallycross, circuit racing, time attacks and hillclimbs over the years. If it really can deliver that, the S209 promises to be something spectacular for a limited number of fortunate Americans. Deliveries commence later this year.