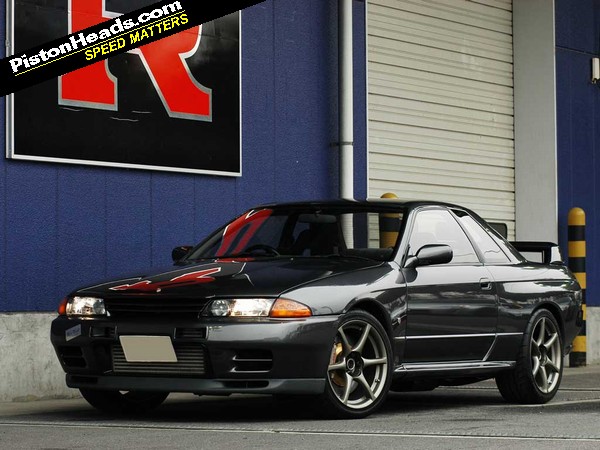 Hiroshi Tamura is a legend within Nissan for not sticking to the script. This is not something that happens much at a modern car company so it was a real pleasure to meet the guy who lay greatest claim to be father of the modern Nissan GT-R. 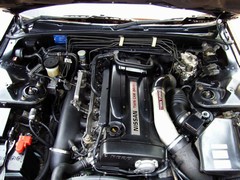 in his role as chief product specialist for NISMO, but Tamura wanted to show us some of his snaps from a few years back. They were of his Skyline R32 GT-R and very nice it was too. As he swiped through the pictures on his iPad and more information emerged via his rapid-fire chatter it became clear this wasn't just any R32. This was THE car from which the the high-tech

took its influence. All the changes he'd personally made to his own car he incorporated into the production R34 and continue to inspire the latest GT-Rs.

He got it in 1989. "I bought it brand new. I super-stretched myself financially, got a giant loan from a bank. But desire is so strong I want to buy it," he told us. 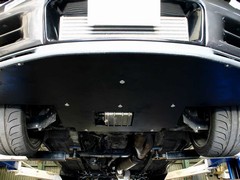 The love of Skylines started in 1972 watching the first-generation Skyline GT-R racer. That sparked a dream of joining Nissan that achieved in 1984 but he only finally got to working on the GT-R in 1997, when his first job was product planning for the few official R33 cars we got in the UK.

But just two years later the R34 appeared incorporating all the mods from his own personal R32.

And what a car it is. Tamura is an absolute obsessive. He pushed and pushed his own car to get it exactly right, to correct anything he considered a fault and extracted the absolute best.

He calls it a sleeper and apart from wheels you'd be hard pushed to spot this car has 600hp. Which is about what the infamous Group A 'Godzilla' Skyline GT-Rs had when they trounced the Aussies at Bathurst in the early 90s. It's also the same as the latest NISMO car. As Tamura explains it, the four-wheel-drive car has "150hp through each tyre". 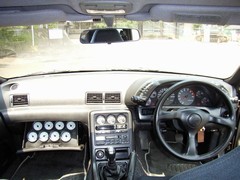 The detail is incredible. He explains why the flat floor he fitted under the engine increased downforce. "Because it cleans up the air. Rough equals turbulence and that will make upforce. If you put in a flat floor, air goes smoothly to the backside. You kill the upforce," he says. Look close and there are even air guides for the brakes. It's no surprise to hear he's great mates with Gran Turismo creator

Under the bonnet he sticks to his 'sleeper' theme, preferring to hide the boosted output including not sticking on a 'mushroom' air filter so as not to make it look 'tuner'. He did cut away the shroud though for more airflow. The detail we loved most sits in the glovebox, home not to travel sweets but eight separate dials. There's a turbo boost gauge, oil pressure gauge and temperature gauges for everything from coolant to exhaust and the front diff. Of course all this detailed info this ended up in the R34 as the digital cluster atop the dash. 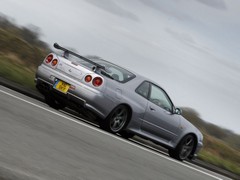 Much of his personal car ended up in R34 GT-R

Underneath the car has an active rear-axle differential in place of the passive plate-type limited slip diff, as did the R34.

He's driven at tracks like Fuji and also in the 90s drove it for what calls "street entertainment" along canyon roads. "Now it's more difficult," he says wistfully.

We spoke about the NISMO and he explained he's managed to do what he's wanted to do for a while and that's split the GT-R range in an echo of the old Skyline days when there was a GT car and the R version for the "super petrolhead" as he says. So the model-year 2014 GT-R is slightly softer for more comfort on longer journeys. "Some say Nissan has gone chicken, in the '14 model. I say no, we now have the more practicality and maturity for GT-R for the gentlemen who wants to do long journeys." The NISMO version meanwhile ramps up the mental.

No-one could accuse Tamura of going chicken. As he hunted in his wallet for a business card, we spotted that behind the plastic window bit that usually contains snaps of kids, wives or dogs actually held his competition licence. Super petrolhead indeed.