Revised Toyota GT86 on the way

Toyota justifies those racing dollars in the most PH way 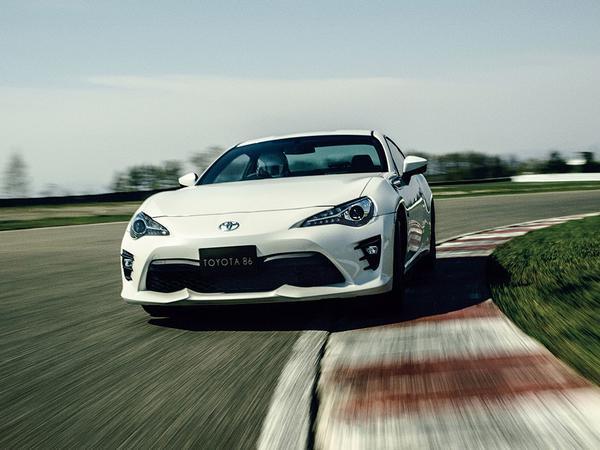 They say racing improves the breed, not least when the same engineers who develop the road cars Monday to Friday carry out the racing at the weekend. Fans of the Nurburgring 24 Hours will know the Toyota Gazoo Racing GT86s are driven by employees, and now a revised GT86 using everything they learnt from the N24 is on the way. 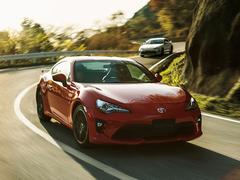 is the chief engineer who looks after the GT86 and reckons the firm has "overhauled everything - as a result of technological feedback from the '86's participation in the 24 Hours of Nurburgring... the new '86 has been perfected to such an extent that, from the moment the steering wheel is gripped and the vehicle accelerates away, every driver will be able to recognise its evolution".

Phew. So what's changed? Well, stand down turbo fans, it still hasn't got one. The manual version does have a small power boost though (courtesy of work on inlet and exhaust manifold breathing); 207hp is produced at 7,000rpm, instead of the previous 200hp (every little counts). The manual also gets more torque, up from 151lb ft at 6,400-6,600rpm to 156lb ft at 6,400-6,800rpm. Like, woo-hoo. Toyota does say low-down torque is more linear though: we've yet to see the torque curve but are hopeful it's been swelled at real-world revs. 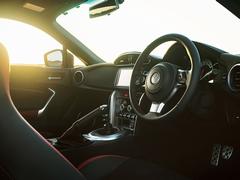 The god-awful automatic doesn't get these power and torque boosts, so right-minded sorts will of course still avoid the so-called '6 Super ECT' unit. There's something interesting here though: Toyota also lists a '6 SPDS' gearbox in the price list, of which it currently makes no mention of in the update details. SPDS is, a la Lexus IS F, 'sport direct shift', which in the rorty V8 uses torque converter lock-up in second gear and above to speed up shifts. It blips on downshifts as well, and has paddleshifts. Is this coming to the revised GT86 and might we at last consider something other than the manual? One to watch.

All that N24 action sees some typically detail changes to the GT86 - the sort of focused development that shows Toyota's still committed to this car. It's reworked the damper valve structure, for example, to improve steering stability; there are more spot welds on the rear pillars, with the rigidity improvement helping steering response and ride comfort. Optional Sachs dampers will be offered, for yet another gain in steering response.

Inside, Toyota has fitted the smallest steering wheel it's ever installed in a road car; the diameter is down to 362mm. And posh GT86s get a Porsche-style round TFT display sitting where the current fuel and temperature gauges sit. This has all sorts of GT-R-style displays, including G-force, power and torque curves, a stop watch plus oil temperature and volt meters. Dash quality is improved, it now has an all-black finish and there's a range of new trims offered. Oh, and the tacho has been twisted round so 7,000rpm is at 12 o'clock. 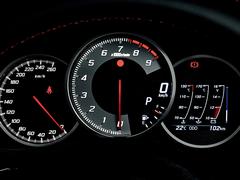 Because race engineers don't usually care what a car looks like, exterior changes aren't huge: new front bumper with a wider air intake, a bigger black applique for the rear bumper and LED tail lamps that have a fancier design. 'Bi-beam' LED headlights are standard for all JDM cars; here's hoping it's the same for UK cars.

Toyota GB tells us the revised GT86 will be on sale soon in Japan and we will be seeing a revised car here in the UK later in the year, although exact spec details haven't been finalised. Pretty much all of the above would be nice though, including a taste of that direct-shift auto. Fingers crossed one of the best is about to get better still.