Home/Features/Features/Six of the Best | Heroes of the JDM

Six of the Best | Heroes of the JDM

The Japanese Domestic Market has blessed the world with greatness over the years - here's our six-pack of (not Honda) legends... 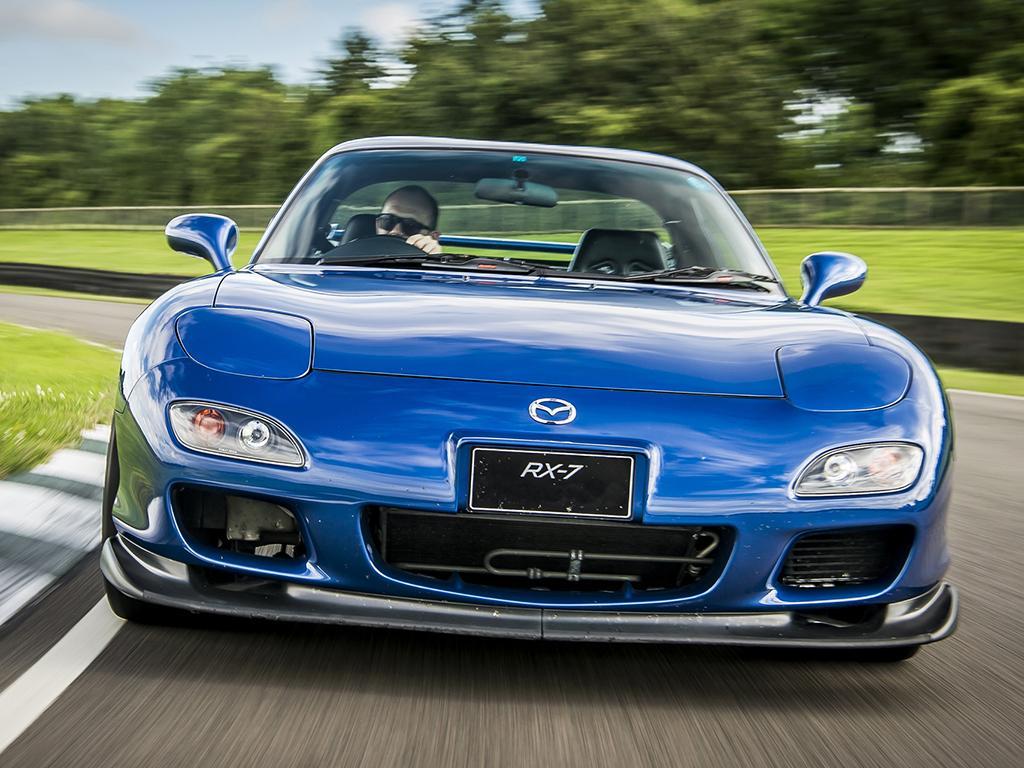 For a generation of car enthusiasts, perhaps two in fact, 'JDM' was a hallowed acronym. Raised on an automotive diet of Fast & Furious, Gran Turismo and magazines bursting with grey imports, Japanese Domestic Market meant the very best versions of their favourite cars. They were vehicles that only came here under pretty special circumstances, and typically made the UK equivalents look a bit limp in the process, thus creating quite a cult: the JDM special.

The examples are countless. When we had the tepid FN2 Civic Type R hatch, the Japanese got the incredible, four-door FD2 maniac; UK MX-5 buyers never got anywhere near the choice offered to Eunos customers; and it's quite frankly an outrage that nobody here has officially been able to buy a Honda Beat. But there we are.

Below you'll find our top six of JDM icons, from luxury saloons to sports coupes and family wagons to four-wheel drive rocketships. All other suggestions, of which there are no doubt plenty, are more than welcome...

Honda NSX-R
Arguably the purest representation of the JDM breed, the NSX-R encapsulated a lot of what we love about Japanese performance cars. There was an obsessive dedication to reducing weight (thinning out gear gaiter mesh, using hollow spoilers, removing central locking), further honing of an exquisite powertrain, and an unforgettable colour scheme. If Subaru redefined blue and gold, the NSX-R ensured white-on-white would never be the same again.

Today the reputation of both NA1 and NA2 generations of NSX-R rather precedes them (with prices that reflect that), and it's wholly deserved by all accounts. Back when Nurburgring times weren't cool - or rather before they were and then weren't again - the later R lapped in less than eight minutes, with just 224lb ft of torque hauling the car along, it was that good. The only thing sharper and more precise than the handling was that glorious V6, aided just perfectly by the six-speed manual. In one car of the year competition, the 2002 NSX-R beat Ferrari, Porsche, Lotus and AMG to the top spot, a car based on one launched in 1990 - truly a JDM superstar.

Nissan Skyline GT-R (R32)
How better to follow one superstar than with another? It's difficult, really, to think of anything much more to say about the R32 nowadays, 30 years after its arrival revolutionised so much of fast car thinking. But we'll try...

It's probably that age that's key. In 1989 Alfa Romeo was still making the Series 3 Spider, the X180 Esprit was the flagship Lotus and the Metro was still Austin badged. Yet here was a Nissan with intelligent four-wheel drive, four-wheel steer, twin-turbocharging and more, technology that's still relevant three decades later. That's why the GT-R was such a gamechanger, why the formula went unchanged for so long and why it lapped up success, both on track and off it.

Part of the rep it enjoys now will come from that initial reception, but just as important is the GT-R in popular culture. Obviously. Stories would come out of Japan of crazy horsepower from the RB26, kids got to experience the tuning ability for themselves on GT, then the inclusion of later Skylines in films and games inevitably led people back to the R32, furthering the legend. Don't expect it to subside any time soon...

Subaru Forester STI
A slightly different tack for this one. Because while it would have been easy to choose one of many Spec C Imprezas, it would be boring if this list only featured the usual suspects. (Wait until you see the Toyota choice.) Hence the Forester's inclusion...

Really, what we have here is a lot of Impreza running gear cloaked in a more practical and less conspicuous body - the perfect Subaru for those with a family, because Impreza estates were never actually that roomy. Furthermore, this Forester adhered perfectly to the JDM legend requirement of offering what was denied to UK buyers: over here the XT was as potent as Foresters got in the early 2000s, with a similar (but much less powerful) engine than the STI, one fewer gear ratio and nowhere near the dynamic prowess.

The fact it was so niche an interest - a Mitsubishi Airtek Turbo R probably being the Subaru's closest actual rival - is what made the Forester such a cult hero. A cynic would see a car that's sacrificed a Forester's usability for not all of an Impreza's performance. Yet through combining Subaru toughness with STI performance and curio charm, the Forester has made more than a few fans in the UK - us amongst them.

Mitsubishi Lancer Evo RS
Well, if this list isn't going to include a loony Impreza, it had to include a loony Evo. Arguably, too, the Mitsubishi's cred as a JDM special extends further than the Subaru's, because UK buyers couldn't officially get an Evo until the VI, where the Impreza Turbo had been rewriting B-road rules for many years before that.

Before that point, various Lancer Evolutions were being brought over by importers, and none were more special than the RS models. From the very first generation, the RS Evos epitomised spartan, immersive road racer joy, so much so that some were sold straight to be used in Group N rally.

Again, it was the fanatical weight saving and purity of the result that earned the Evo RS its reputation. The results were extraordinary. Even when applied to the last Evo X, a car never loved by the die-hards, the RS treatment resulted in one reviewer calling it "an AK47 of a car", where "adrenalin junkies need look no further." And what has the Evo always been about, if not adrenalin?

Mazda RX-7 Spirit R (Type A)
"The Type-A Spirit R model is the ultimate RX-7, boasting the most outstanding driving performance in its history" is how Mazda introduced the Spirit R RX-7 to the world. Part of a final 1,500-car trilogy including a Type A and Type B, the 500 Spirit Rs represent, to many, the very greatest RX-7 that existed.

And what an accolade. One of the prettiest Japanese cars ever made, the RX-7 as a Spirit R was given its send off in fine style before the RX-8 arrived. Itself a great car, but never the icon its predecessor was: wonderful to look at, quick thanks to that sequentially turbocharged rotary and aided dynamically by a slender 1,250kg kerb weight, the RX-7 was a fitting pinnacle for Mazda in the 1990s. That the UK, once more, received a diet version only heightened the fervour around the 'proper' RX-7s from the homeland, reflected in the values now attached to late cars like the Spirit R.

But you know what seals the RX-7's inclusion, more than anything else? It's the definitive RX-7. Ask people to picture an Evo and many will come to mind, same with a Skyline and same with Imprezas. Ask the same question about an RX-7 and, despite three generations and more than 20 years of production, this'll be what they see - that's a legacy.

Toyota Century
It could have been a Supra here - maybe it should have been - but, in all honesty, it didn't quite get us going like the others. Very much unlike a Century, which is just the sort of esoteric, slightly bizarre and ruthlessly well engineered curio we like to see come out of Japan.

The Century was first launched in 1967 with a 2.6-litre V8. So content was Toyota (and presumably its customers) with its creation that, beyond bigger engines, it went fundamentally unchanged until the second generation, V12 car arrived in 1997. Almost impossibly modest to look at - "understatement is used to speak volumes", says Toyota - and said to boast many "monozukuri" (all-encompassing manufacturing) technologies, the Century in all its iterations couldn't have come from anywhere but Japan. And that's why we love it so much.

Nowadays the Century is a V8 hybrid, yet still boasts wool upholstery, lace curtains (less flashy than tints) and a phoenix logo hand carved from billet alloy. As so much of the automotive world homogenises, so the Century's idiosyncratic ways only become more likeable - let's hope it can continue that way for another half century.