Yes, another SUV coupe is probably the last thing the world needs; doesn't stop this one being damn good though 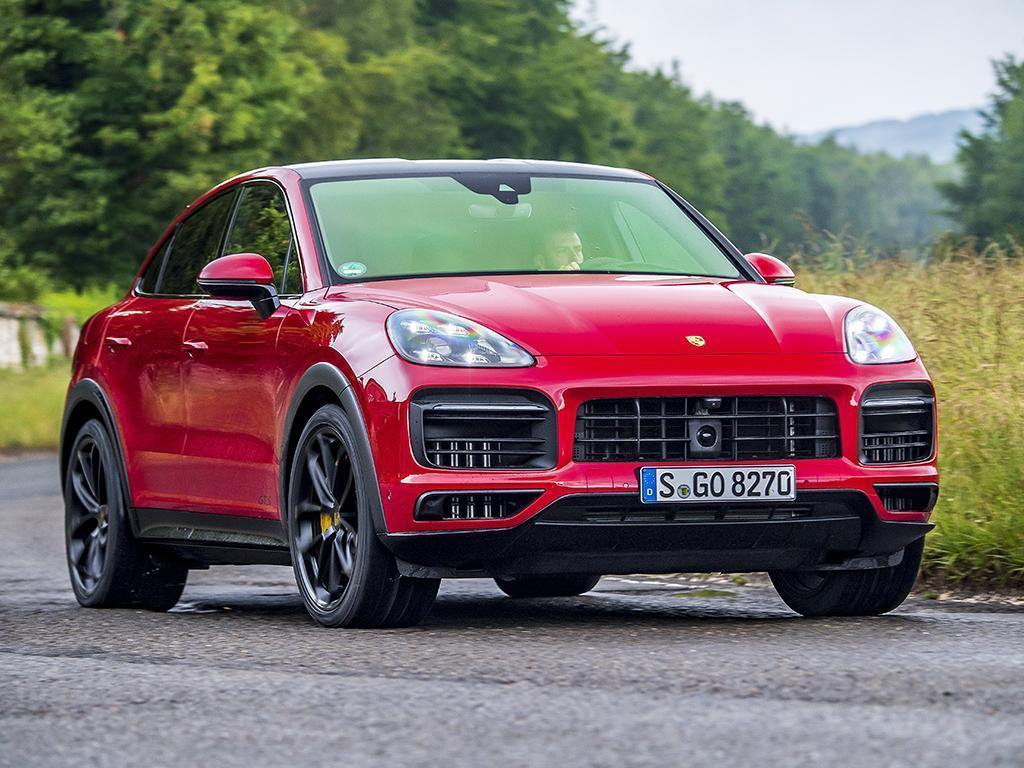 Another Porsche Cayenne GTS was inevitable, the model having been a mainstay of the lineup since the first generation in 2007. Which, let's not forget, makes it the longest serving GTS of the current range - the fabled 911 Carrera GTS didn't arrive until the end of the 997 production run in 2010. With three generations and almost 15 years behind it, the Cayenne GTS must be one of the most recognised Porsche nameplates out there.

The return of the V8 was far from guaranteed, however. And, say what you will about the Cayenne Coupe GTS - "turd" and "dogs dinner" came up in the first three comments, should you need inspiration - news of another V8 car on sale counts as good news to us. The 460hp, 457lb ft 4.0-litre twin-turbo is the same engine as found in the equivalent Panamera GTS, itself a detuned variant of that used in the flagship Turbo models - there are no hardware changes. Which, notably, also means there's no meaningful weight saving, as there sometimes can be from Turbo to GTS Porsche; this car weighs just 25kg less than a Cayenne Coupe Turbo, at 2,175kg.

So why is the V8 here? Customer demand is part of it, the appeal of eight cylinders clearly not lost on those forced to endure six in the most recent GTS. Another element of the justification appears to be because Porsche could; a virtual group interview suggested the V6 was very much of its time, proving Porsche could downsize as required. With that requirement now reduced thanks to the rise of hybridisation and electrification, the V8 can make its comeback. Furthermore, it's hardly like throwing some old hunk of big-cube iron in there; direct injection, cylinder deactivation and turbos in the cylinder vee make it about as efficient as this sort of engine can be.

So that's the engine, identical in every GTS that will roll out of Porsche and only really tweakable via the sports exhaust system - more of which in a sec. The car, however, is of course configurable to the buyer's every whim. This GTS Coupe in particular might be politely described as the "kitchen sink spec". It's how you end up with a Cayenne GTS Coupe that starts at £88,750 but is cruising out of Reading with an equivalent RRP of £123,451...

Therefore, this isn't a drive that gets to the very nub of the GTS message, the "especially sporty driving performance" that's there as standard, because it's been so dramatically embellished with active this, dynamic that and adaptive everything else. Should mean plenty to talk about, at least - and a £123k Cayenne GTS is probably less fanciful than one leaving without a single option at all...

Whatever options a buyer does or doesn't have, though, they'll always get that V8 - and it can't help but raise a smile. It does nothing extraordinary at idle, but the mellow rumble is never not going to be welcome, especially with a V6 having preceded it. Appreciating the sound that a V8 can make is hopefully something we can all agree on; as much as the option to have houndstooth upholstery on a 2.2-tonne SUV will surely divide us, in fact.

What the engine means is that when pottering around normally, there's a joy to the Cayenne GTS that wasn't there before; a squirt from the lights elicits a smile, holding a gear perhaps a little smirk. It isn't the wild and unashamed fury of a JLR V8, though neither are you ever in any doubt about what's under the ginormous bonnet - which is good.

It says a lot about the ludicrous world of performance cars in 2020 that the Cayenne GTS doesn't feel enormously rapid with the throttle to the stop. This is a car that will reach 100mph from rest in 10.6 seconds, after all. But it's also one that's moving big weight with its big power, so once past the initial acceleration spurt the speed is piled on briskly rather than bombastically. And maybe the slower pace of lockdown is starting to have an effect, but there's no issue with that whatsoever. There's never any desire for additional performance, aided by the synaptic immediacy of both engine and gearbox, and taking a little longer to get through eight gears only offers more chance to enjoy that V8 build to its rip-snorting crescendo. Which, in case the penny hasn't dropped, is brilliant; not as memorably effervescent as Merc's equivalent or caddishly boisterous as the 5.0-litre Range Rovers and F-Paces, but sweet sounding nonetheless.

Especially so through the optional sports exhaust. Yes, the optional sports exhaust above the standard sports exhaust. Exclusively for the coupe and part of the Lightweight Sports Package (make your own jokes) it's identifiable by the centre-exit pipes. With the right buttons pressed it's borderline rude, more raucous than this engine has ever been in a Porsche, which will surely be the first reaction of any passer-by, too - as you thunder past with the grin of a maniac.

Buyers might not be grinning so much at a cruise. Not because of the noise, but because the ride is a little, well, restless. Not uncomfortable, not unbearable at all, but an ever-present niggle nonetheless. Some of which can probably be attributed to the larger 22-inch wheels, with 21s standard. Although you might expect that increase in unsprung mass to be offset by the optional ceramic brakes. Don't forget, too, that influence of a 20mm lower passive set up for the GTS is offset in this car by the adaptive air suspension. So it's somewhat hard (!) to be definitive on cause, though it would be worth making sure the compromise suits your driving.

On the other hand, this is a Porsche GTS: it's pitched as the driver's version in the range, so to expect a luxury 4x4 would be daft. The flipside to a slightly agitated ride, then, is an SUV that consumes an A or B-road with the sort of ability, composure and zeal that's unmatched in the segment. Unmatched by a Cayenne, in fact. It feels almost incomprehensible, even when you're the one controlling what it does, that a car this vast is capable of doing what it does. The direction changes, stability under braking, front end confidence and outright agility would shame cars many hundreds of kilos lighter, the Cayenne GTS seemingly unflustered by any dynamic obstacle that it encounters. Of course, part of that talent will be enhanced by equipping this car with adaptive anti-roll bars, rear-axle steering and the aforementioned brakes, though neither does the car ever feel dominated by one aspect either. Every facet feels seamlessly integrated with every other, the end result being spooky dynamic ability and absolute faith that every command will be followed from the weighty, assured controls.

The downsides? The drive modes beyond Normal almost seem to bind the Cayenne together as the stiffness is cranked up, so there's less feel for exactly what's going on. An ever so slightly softer GTS is an easier one to read and get a handle on, it seems. And however adept a Cayenne Coupe may have now become, it's still no easier to see out of nor any better suited to the size of British roads - not that that's an issue to be levelled exclusively at this model in particular.

Fact is that anyone who's always enjoyed a Cayenne GTS (and was maybe disappointed by the switch to six cylinders) will find the car back on emphatic form here. It feels sufficiently more alert than an S (albeit the old six-cylinder one) to justify the premium, without ever threatening the top-dog status of the Turbo for those who must have it. That's a fair target there for the GTS to aim at, though on this experience it's nailed the brief without any question.

Perhaps the more interesting achievement is in bringing back the V8, and injecting a bit of fun back into what is typically a quite sombre and serious sporty SUV. A Cayenne is never going to be a charismatic bruiser in the Range Rover SVR mould or a flighty, wild Stelvio-esque drive experience; however, by bringing together the V8 at less than £100,000 and a range of GTS upgrades that make this the most direct, most engaging, most entertaining Porsche SUV yet, that isn't going to matter one jot. It's going to sell on being a great, V8, Porsche Cayenne GTS - expect plenty of fans, new and old, to think it absolutely fine like that.