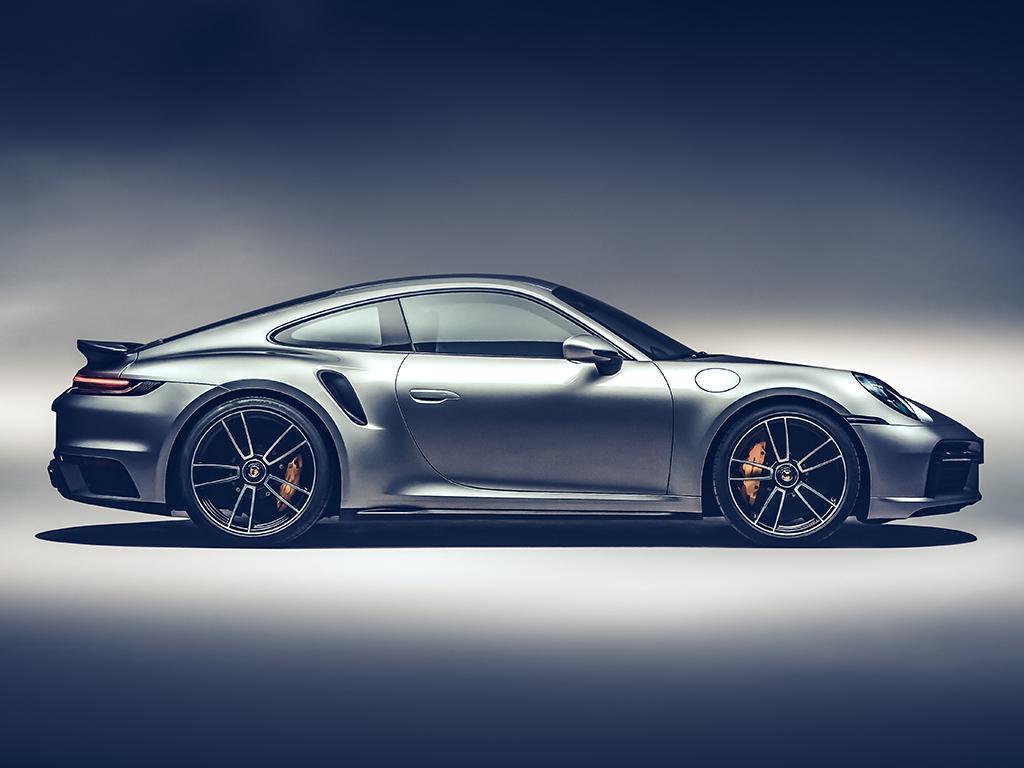 Even people with only a passing interest in fast cars know what to expect from a 911 Turbo; the performance will be monumental, the ability otherworldly and the ease of use uncanny. Porsche describes it as "the benchmark ultimate production sports car" and, from the 991, it's easy to see why. There are more exciting rivals, sure - but arguably none that combine its trademark gifts in such a beguiling and apparently effortless way.

Expect nothing less from this new 992 Turbo S. After all, why change what isn't broke? Titanic performance is always a given, here taken care of by a new 3.8-litre twin-turbo flat-six - an evolution of the Carrera's 3.0-litre engine - now making 650hp and 590lb ft. Those figures are 70hp and 37lb ft more than the old Turbo S, meaning this 992 is capable of 0-62mph in 2.7 seconds and 0-120mph in 8.9 seconds. Which is crazy fast, especially when you consider that Porsche's own numbers are typically quite modest. The eight-speed PDK seen in the rest of the 992 range is fitted as standard.

That additional power and torque comes courtesy of larger, symmetrical VTG turbos, a new intake system (where intake air and charge-air cooling have been routed differently) and new piezo injectors.

For the chassis, this latest Turbo S benefits from overhauled PTM all-wheel drive system (with a transfer case that can move more torque forward) and PASM dampers that are said to be faster and more precise, as well as the usual raft of Porsche dynamic tech (and acronyms). So PDCC active anti roll, PCCB ceramic brakes and rear-wheel steering are all standard.

Measured against the previous Turbo S, this 992 is wider at the rear axle by 20mm (with 10mm wider track) as well as another 42mm between the wheels of the front axle. There's also a redesigned rear wing, new cooling flaps in the front and the biggest wheels yet seen on a Turbo: 20-inch at the front, 21-inch at the rear, with the 255/35-section and 315/30-section tyres respectively.

Further identifiers can be found inside, where the 992 Turbo S gets stitching on the seats to mimic a 930 Turbo, the GT sports wheel, carbon trim and Porsche's new Track Precision app integrated into the PCM infotainment. Just in case you need putting into numbers just how much faster your Turbo is than everything else on circuit.

Want one? It's not hard to see why. Orders are being taken now, with Turbo S prices from £155,970 - though expect the configurator to help inflate that as required. And we'll start planning the Ferrari Roma comparison immediately.