There aren't too many niches left unexplored by Porsche. Is a coupe SUV one step too far? 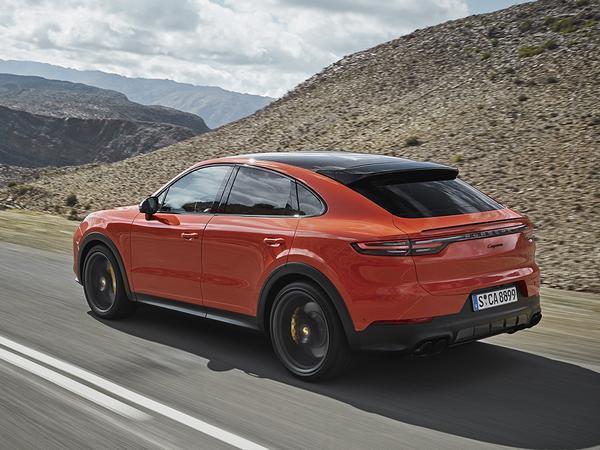 Oh good, the Porsche Cayenne Coupe on PistonHeads. A community once up in arms about a PDK-only GT3, aghast at four-cylinder Caymans and still not entirely sold on the Panamera, a decade from its launch. To say a frosty response is expected would be an understatement not far off folly – we get it. The Cayenne Coupe concept hasn’t won many fans among the staff, either…

But let’s be honest – Porsche doesn’t care about the ideological grievances of a few. Yes, it’s trite now, yet bears worth repeating: the company has to make cars the people want to buy, and not just the low volume six-speed, 9,000rpm, rear-wheel drive ones. And, at the moment, the coupe-style SUV is automotive catnip. BMW has sold more than 100,000 X6s since its launch a decade ago, with the SAC family now comprising an X4 and X2 also – with an X4 M imminent. Mercedes-Benz will sell you a GLC and a GLE Coupe, with AMG variants of each – and who would bet against some kind of Maybached, GLS Coupe in time? Audi’s slinky SUV family extends from a Q2 through to a Q8.

Seemingly this insatiable thirst cannot be quenched; given the success of the standard Cayenne and Macan, making the former into a Coupe – and charging more money for it, don’t forget – will not have been a tricky decision to make. You may not like these minotaur cars that purport to be half one thing, half another, but the inescapable fact is that the market can’t get enough of them. So the Cayenne Coupe is here to stay.

Speaking of which, hybrid models are due later this year, joining a range initially comprised of a 340hp, V6 base model, a 440hp S and a 550hp, V8 Turbo. Key differences, for those not yet up to speed, are a roofline lowered by 20mm, a shallower windscreen and A-pillar, wider bodywork (with a fractional increase in rear track width), the promise of an “emotional and unique” drive and a slight premium over the regular Cayennes - £62,129 for the standard car, £73,658 for the S and £104,729 for the Turbo.

Everyone will have their own opinion about the car’s styling, but if you want the opinion of a shabby car writer, the aesthetic is much more cohesive in the metal, even if Porsche’s assertion of an “athletic appearance” seems a tad bold. Indeed nothing particularly offends beyond the sheer size; this is longer and wider than the normal Cayenne, albeit only fractionally, contributing to a seemingly gargantuan body that wouldn’t know modesty if it was written across its light bar. It makes the Cayenne Coupe unabashed in its own strange way (which is probably the point) while also making it a nightmare to thread down any kind of normally proportioned road.

The latter sensation isn’t unfamiliar, but it does rather limit reasonably exploration of what is claimed as a renewed focus on the Cayenne’s chassis dynamic. That wider rear track might have made a “substantial” – Porsche’s words, not ours – improvement to the lateral dynamics, but set aside a lot of room to explore that. With mirrors this car is 2,200mm wide…

By and large, when not exploring the additional downforce contributed by that active rear spoiler (yes, seriously, it’s Porsche Active Aerodynamics), the Coupe feels distinctly similar to the Cayenne – which is to say really very good. Even on optional 22-inch wheels (though no doubt aided by the also-cost-extra air suspension), there’s a suppleness and composure to the ride that makes something like a GLC63 feel just a bit agricultural. Even what feels like an initial jitteriness in Sport Plus mode soon becomes liveable, the Coupe resolutely taut yet sufficiently compliant to be bearable. Of course a smaller rim would surely reap further benefits, though suggesting that on something like a Cayenne Coupe does feel to be missing the point a tad. (Speaking of which, now is probably the time to mention the ‘Lightweight Sports Package soon available for the Cayenne Coupe: carbon roof, 22-inch wheels, carbon interior and Alcantara wheel, just for starters – Porsche knows its audience.)

Whatever the specification, the Cayenne Coupe retains the favourable dynamic traits of the ordinary version; it’s a precise car blessed with a surfeit of talents and considerable depth of ability, if not the richness of experience you’d get in something like a Range Rover Sport SVR. The S version tested sings a merry V6 tune, twin turbochargers delivering seamless torque and an enthusiastic top end, though even with 440hp it never feels tremendously fast – prospective buyers of the 340hp version best not experience the next model up, because it might make that V6 feel a little inadequate. Interesting fact, too, which will make a difference: in an Audi RS4, this engine makes 450hp and 443lb ft, whereas it toils away with only 406lb ft here.

Anyway, the Cayenne control weights are first class in terms of weight and response, with exactly the right amount of throttle metered out and exactly the steering input requested delivered – you’d be amazed how often this stuff isn’t sorted. The brake pedal feel would shame many a sports car, the air suspension’s ability to both smother and support is uncanny (bar some low speed lumpiness), the eight-speed automatic gearbox is class-leading and the balance - aided, no doubt, by the tick-box addition of rear-wheel steer on our test car - seems admirably neutral for such a heffer. It’s a remarkable technical achievement, basically, whether you like the car or not. Expect another silly Nurburgring lap time in due course…

So what’s wrong? Well, for all the claims of extra dynamism, and for this Coupe being a “real Porsche sports car”, it feels for all the world a lot like a Cayenne. Perhaps a back to back comparison would be more revealing, and maybe it was unrealistic to expect much more from an engineering exercise which isn’t transformative - but it does expose the nub of the Coupe conundrum. Well, the objective conundrum that is.

Here’s a car that is less spacious than the model on which it’s based – and noticeably so, despite any claims about lowering rear seats, with the headroom curtailed and the luggage area reduced – that weighs 30kg more, costs thousands of pounds extra and doesn’t drive with tangibly more drama or excitement. The Porsche Cayenne Coupe is still a great car, one eminently capable despite its compromises, though only as great, from this experience at least, as the slightly more humble car from which it’s derived.

Which means what? Well, Porsche will surely shift enormous amounts of them, obviously: the space issues are not that significant (because it’s still absolutely vast), the driving experience is top-notch, the interior remains fabulous and, most crucially, it’ll sell because it’s an SUV coupe. There’s a reason why Lamborghini is in this niche (at a higher price point), Aston is following soon behind, and rumours persist about a Ferrari alternative as well – the juggernaut will not stop. So while the driving experience will likely prove immaterial to those in a position to purchase, it would be remiss of us not to say that it’s probably the best sorted niche-filler to actually getting down a road. So long as it’s a damn big one…