It's already monstered the Nurburgring, so what's the latest Panamera like as a luxury saloon? 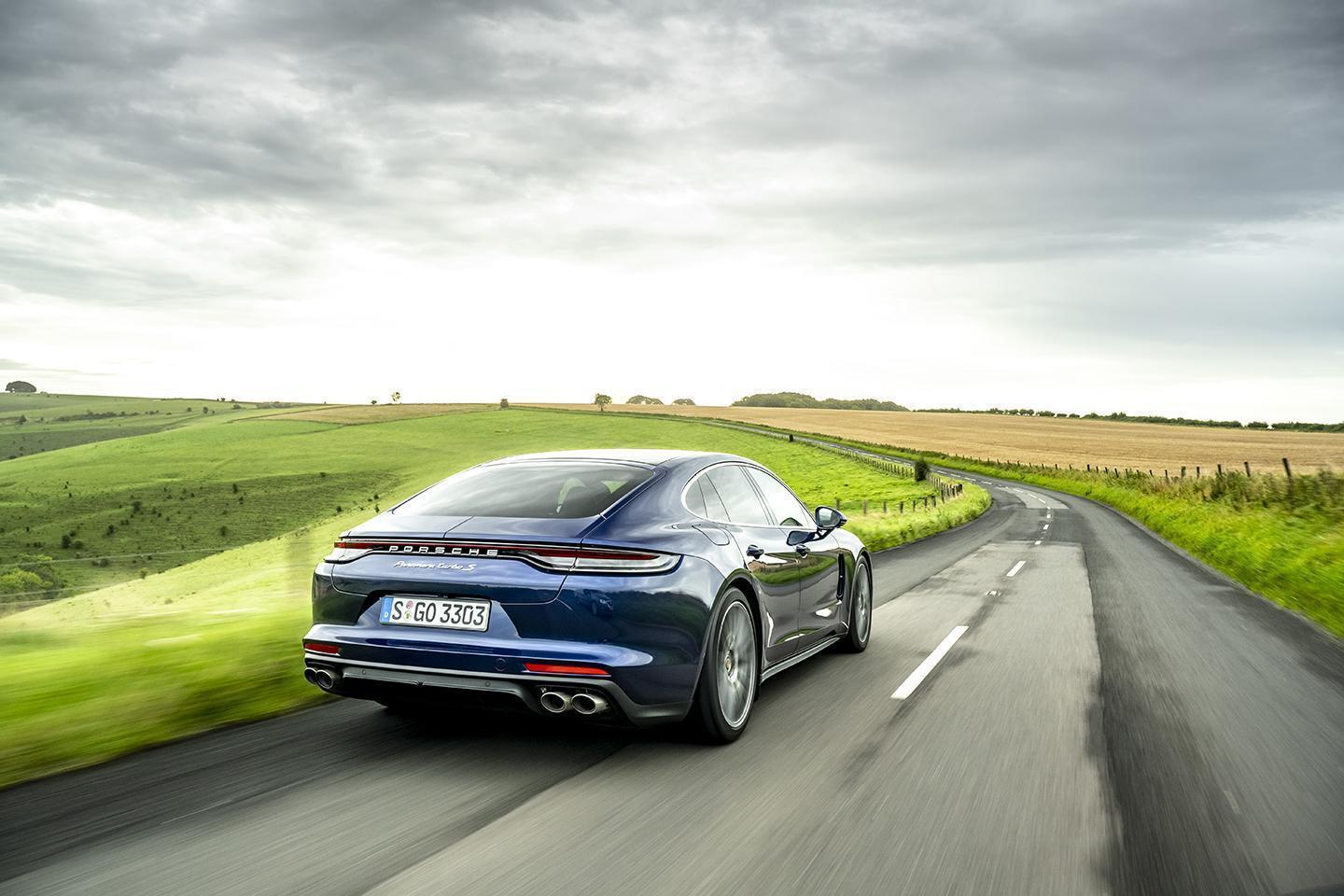 It won't have escaped anyone that the market for swoopy four-door supersaloons (or coupes, or fastbacks, if we really must) is looking remarkably fresh at the moment. Given their price, performance, complexity and capability, it's notable when one arrives; in the past few months we've had a new Audi RS7 and the first BMW M8 Gran Coupe, plus a very strong hint that the AMG GT 4-door family will be growing. Which, for a sector at an even higher echelon than the already pretty exclusive M5/E63/RS6 clan, is quite some achievement. Especially when there are two Porsches to consider...

Yes, two. Because at the launch of the refreshed Panamera, there's an argument to say that the Porsche's biggest rival is from its own stable - the Taycan. A Panamera Turbo S costs from £135,610; the Taycan Turbo S £138,826. They're both weigh comfortably over two tonnes and measure more than five metres long, and they both produce more than 600lb ft, either from a revised 4.0-litre twin-turbo V8 or a 93.4kWh battery pack. Both are five-door, four-seat driver-focused uber GTs, capable of reaching 100mph in well under 10 seconds and 150mph not long after that. One can go even faster still (and, yes, stay there for many miles longer) though the fact remains: both Panamera and Taycan look, on paper at least, spookily close.

In reality, they look further apart, and it doesn't necessarily favour the petrol-powered Porsche. With a mild facelift, the Panamera is recognisable as the one launched in 2016: handsome, confident, blessed with the sort of cohesive style that the original never possessed. But the drama that comes with the Taycan's exterior - i.e. a Stuttgart spaceship with the ride height of a GT3 - isn't present. Perhaps the Panamera buyer prefers something subtler, as this car's navy blue with chocolate leather alludes to, but it would be hard to convincingly argue that the combustion engined car is the more exciting piece of design.

Same goes inside. There's absolutely nothing wrong with the interior of a Panamera - indeed it's more logical than the AMG and more luxurious than the BMW - but the Taycan feels like another step on. It's how you might imagine the next Panamera interior to be, with even less clutter and more vivid displays. Perhaps the petrol-engined car is a little more usable and logical, though it would be easy to see how the EV might prove more persuasive in the showroom.

Hopefully, though, a Porsche purchase is not decided solely in the dealership. And, on the road, the Panamera does exactly what it's always done: bring together all of the elements that make the sports cars so successful and so capable, then simply splice them into a bigger car. So, even with standard rear-wheel steering, the response at the wheel is more natural and more confidence inspiring than its rivals, even those just turning the front wheels. The brake pedal is firm and precise, with exactly the amount of stopping power requested - and there's plenty, with 420mm discs at the front - delivered every time. With a car this powerful and this heavy, reassuring brakes are more than welcome. The drive modes, too, feel meticulously well engineered and appropriate; there's no sudden kickdown jerk from Normal to Sport, or an obscene increase in damping stiffness going up to Sport Plus. Each twist of the dial just amplifies the ability a little more, the body control more decisive, the shifts even sharper, the noise that bit more exciting.

And on a good stretch of a British A-road (because B-roads still feel a little too small, especially in left-hand drive), that all comes together to create an immensely impressive machine. Because it's accurate and precise and satisfying, every control melding just nicely with every other to enhance the experience and get you down a road faster than just about anything else can. In the Audi or the BMW or the Mercedes, you ideally want a 'best of' compilation for the drive settings to really get them at their best. Not so the Panamera; it has an Individual mode as well, of course, but the sense of enormous inherent quality and aptitude is there all the time. It's a drive of fine polish and ability that needs no excuses made for it; in the Audi you might overlook its synthetic nature because of the dynamic gains made over the old car; the AMG's charisma outranks its stiff ride and the BMW remains likeable despite less-than-perfect steering and brakes. In contrast the Panamera just works, and works very well, in the same way that a 911 does; it operates at an extremely high level, without the requiring you to play favourites or address mitigating circumstances.

So what's the problem? Well, it's that lingering suspicion that a Taycan might work better still. Although it weighs more the extra kilos are lower, so it changes direction with greater zeal and manages its mass more effectively - the point that the Taycan feels heavy is a lot later than the same point in the Panamera. Any advantage that the petrol Turbo S might hold in a slightly more natural feeling brake pedal is arguably undone by the electric Turbo S and its freakish ability to annihilate a road. A twin test between them would surely prove illuminating.

Especially as the Panamera's greatest weapon against its EV equivalent - that mighty 4.0-litre twin-turbo - is back, and better than ever. We've become inured to the impact of big numbers nowadays, though there remains nothing like 630hp and 605lb ft from a V8 to make even a car of the Panamera's proportions feel inordinately fast. Moreover, even as one of the more muted V8s (especially against the AMG hellraiser), the onward march of electrification makes you reappraise the appeal of a great combustion engine. There are whistles from the turbos as they spool up, a distant V8 roar that grows nicely in pitch and volume with revs, dual-clutch gearchanges that thump through the moment you ask... None would be considered remarkable all that long ago, though in 2020 they serve to make the Panamera feel more characterful than it ever has, a car that for all its unerring faultlessness still has the quirks that come with a combustion engine. And they're extremely likeable quirks, too, because even sullied by insulation and WLTP regulations, there's nothing to put a smile on your face like a burly V8.

In summation a nip here and a tweak there is enough to keep the Panamera just about at the top of the tree in this fiercely contested niche, basically. An AMG GT 4-door is undoubtedly more expressive and more lovable - though also costlier, older and less accommodating. It might be able to keep up at the 'ring, but four adults would be far comfier getting there in the Porsche. As for the RS7 and the M8, their slightly more mainstream billing is reflected in the end product; the quality isn't finished to the same exalted level, both on the road or inside. That said, it would be a fascinating comparison to bring them all together at the same place and at the same time, including the Taycan. Hand on heart, it would be very hard to call a winner right now for the ultimate in luxury four-doors, but it's almost certainly going to have a Porsche badge on it.