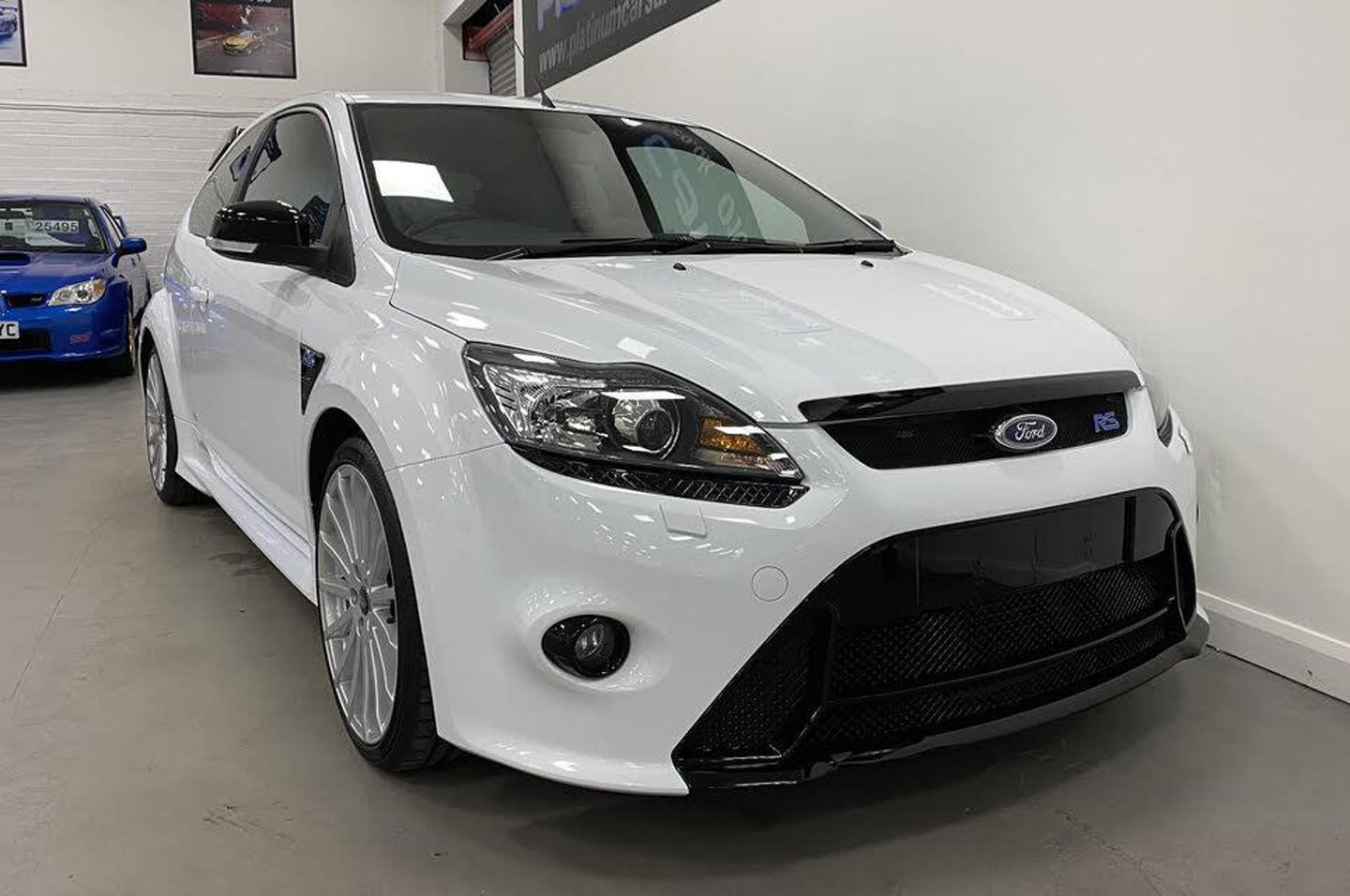 We can’t be the only ones that reacted to yesterday’s news of a Mountune expansion by scrolling through the classifieds for cars bearing that little yellow boot badge. It’s great to see the Essex firm bouncing back from uncertainty, with its newly formed Mountune Classic Engines set to offer services to the wider classics market. That said, not even Mountune denies that it’s likely to see most demand come from fast Ford owners, the brand having long been synonymous with Blue Oval racing motors and, of course, extracting more its road machines. Which brings us nicely onto today's Spotted...

It’s a sign of just how eclectic the Focus RS lineage is that each generation stands so separately from the other. Where the Mk1 is seen as the purest, prettiest offering, and the Mk3 is the unashamed hooligan of the pile, the Mk2 represents something like the middle ground. It arguably has the most ASBO styling and most tuneful soundtrack, but like its predecessor, it’s front-wheel drive and therefore nowhere near as technically complicated as the all-wheel drive Mk3. The Mk2 did bring its own innovations to the table, though, not least RevoKnuckle front suspension, mandatory to handle its 305hp output.

Faced with a front-drive problem that few thought could be overcome back in the noughties, this new front strut design was created to separate the workloads of steering and suspension to reduce the scrub radius. Not only was the configuration able to fit into a Focus platform designed to work only with conventional McPherson struts, Ford said it was lighter and half the price of a traditionally more exotic wishbone setup. And it did the job effectively enough, quashing the understeer that would otherwise have been inevitable in a 325lb ft-producing front-drive hatch.

Coupled to a Quaife limited-slip differential, it meant the Mk2 Focus’s front end was as keen and capable as its predecessor's, while the turbocharged, Volvo-derived 2.5-litre engine ensured the car could crack 62mph in under six-seconds. Not bad. As anyone who’s driven one will know, rolling acceleration is even punchier than that off-the-line time suggests; although that's never stopped owners from wanting more. Hence the popularity of Mountune’s upgrade kits, starting with the MP350, which adds 45hp to the inline five’s peak output and turns the Mk2 RS into a kidney-squashing missile.

The MP350 extras include a larger bore intake, bigger intercooler and a freer-flowing exhaust, as well as an uprated fuel rail and revised engine control unit mapping. It's topped off by one of those special yellow badges on the boot, providing the Mountune seal of approval – and affirming that this is a setup that was co-developed by Ford’s own Team RS. Mountune offered a 12,000 mile or one-year warranty with its upgrades from launch, and the upgrades didn't void the Ford factory warranty either. Not surprisingly, the MP350 was very well received from the off. It's still on sale today, listed on Ford's website for £2,445.

Mountune did go further with an MP375 package, but many considered the slightly cheaper option to be all they’d ever need, not least because it closed the gap to the limited-run RS500. That the Mk2 Focus chassis took so well to the increases only served to highlight how strong the base was. So while its successor took a big stride forward thanks to its unique, innovative all-wheel drive system, the Mk2’s status was unharmed. Especially when those Mountune upgrades are applied, it remains a terrific super-hatch, even by 2021 standards. 350hp is right up there with the latest big hitters.

We’re not suggesting that you might use today’s Spotted like one of those new alternatives, because with only 4,000 miles on the clock, this MP350-upgraded machine (sans boot badge, interestingly) is clearly destined for a more pampered existence. £44k is about twenty grand more than it went for it 2010, but there’s no questioning the collectability of this example. And it’s not at the Mk2 Focus RS ceiling, because higher-mile RS500s can go for closer to £50k thanks to the added rareness. While this car isn’t one of those 500 specials, it does add to that mileage with just two owners from new, all original Ford paperwork and even the Mountune certificate. You’d probably struggle to find fault with it. If there’s a way to celebrate Mountune’s expansion, surely it’s in one of the best tuned 21st century Fords to receive its attention...