In storage for most of its life, this TF is as good as new. But is it £15k good? 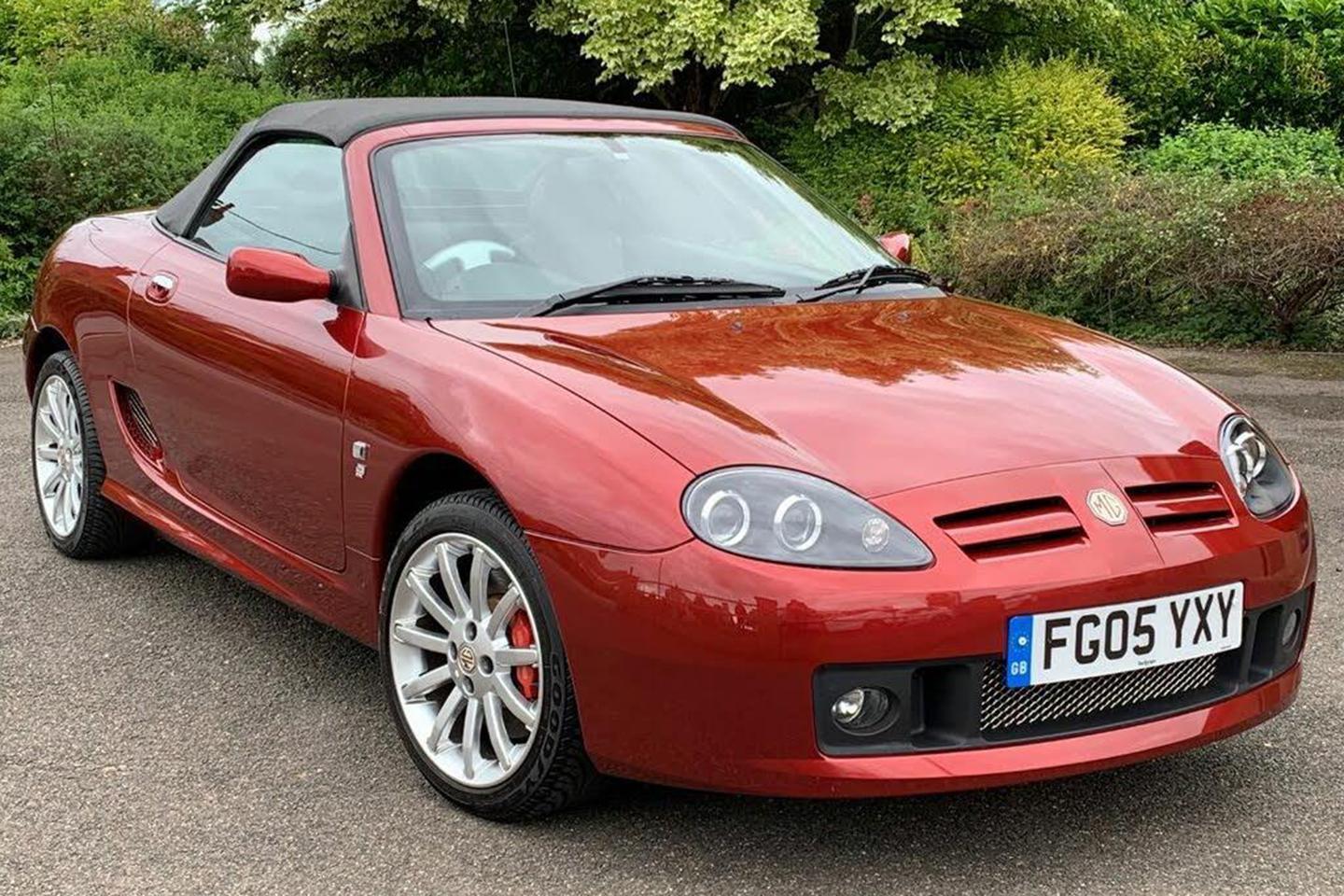 There are some cars that are collectible the moment they're launched. Be that because of very low volume, an incredible engine, jaw-dropping looks or a combination of all three, it's no surprise when they crop up a few years later with very low mileages (and very high prices) in their ad descriptions. They're collectors' items from day one, really; toys to exhibit rather than to play with.

Then there are others. The low mileage, immaculately preserved cars that - with the best will in world - very few would have ever seen as collectible. It's fair to say the MG TF 135 Spark is in the latter camp. It was a sports car designed to be driven, for starters - a relatively cheap and simple one that wasn't going to cost extortionate money to keep on the road. It wasn't even the top of the range model back then, which would surely be the one to keep in the garage. And even if MG was on very shaky ground at the time, it won't have been many people's first instinct to squirrel one away for future collectors.

Yet here we are. 16 years after this TF was registered, it has emerged onto the secondhand market with just 751 miles recorded. It was a dealer demonstrator and has been with only one owner since then, stored for the majority of its time. Its last MOT was with 577 miles showing - in 2008...

The selling dealer promises another 12 months' ticket with the sale, of course; though some perishable will undoubtedly need replacing given so much time off the road, the TF's condition does indeed point to considerate storage. This clearly hasn't just been under a sheet on the drive for 13 years, given how the paint, wheels and hood have been preserved. It really is as good a TF as you're now going to find, a decade even since the LE500 cars went off sale.

Furthermore, with the little MG nearing in on classic territory - the MG F went on sale in 1995 - its flaws are a lot easier to overlook than when it was made to look outdated by newer rivals. All these years later, even appreciating TFs are a cheap and accessible way into a mid-engined roadster. That there are so many of both F and TF still for sale points to both their popularity and a staying power that many might not have credited them with once upon a time.

Predictably, this one isn't a cheap and accessible TF. It's for sale at £15,995, which would buy quite a lot of the other TFs in the classifieds. That said, how on earth do you value something so unusual? The next lowest mileage car has more than 10,000 miles and is £8,995. Even 34,000 miles is relatively few, and will cost just over £6,000. That sort of choice means this TF is probably not for the casual collector, but what an opportunity for those after a box-fresh example. And if the dealer is sorting out a new MOT for this one, it'd be rude not to drive it just a few miles. Then it probably should go back into storage, right?