August already? Time to get that summer sports car 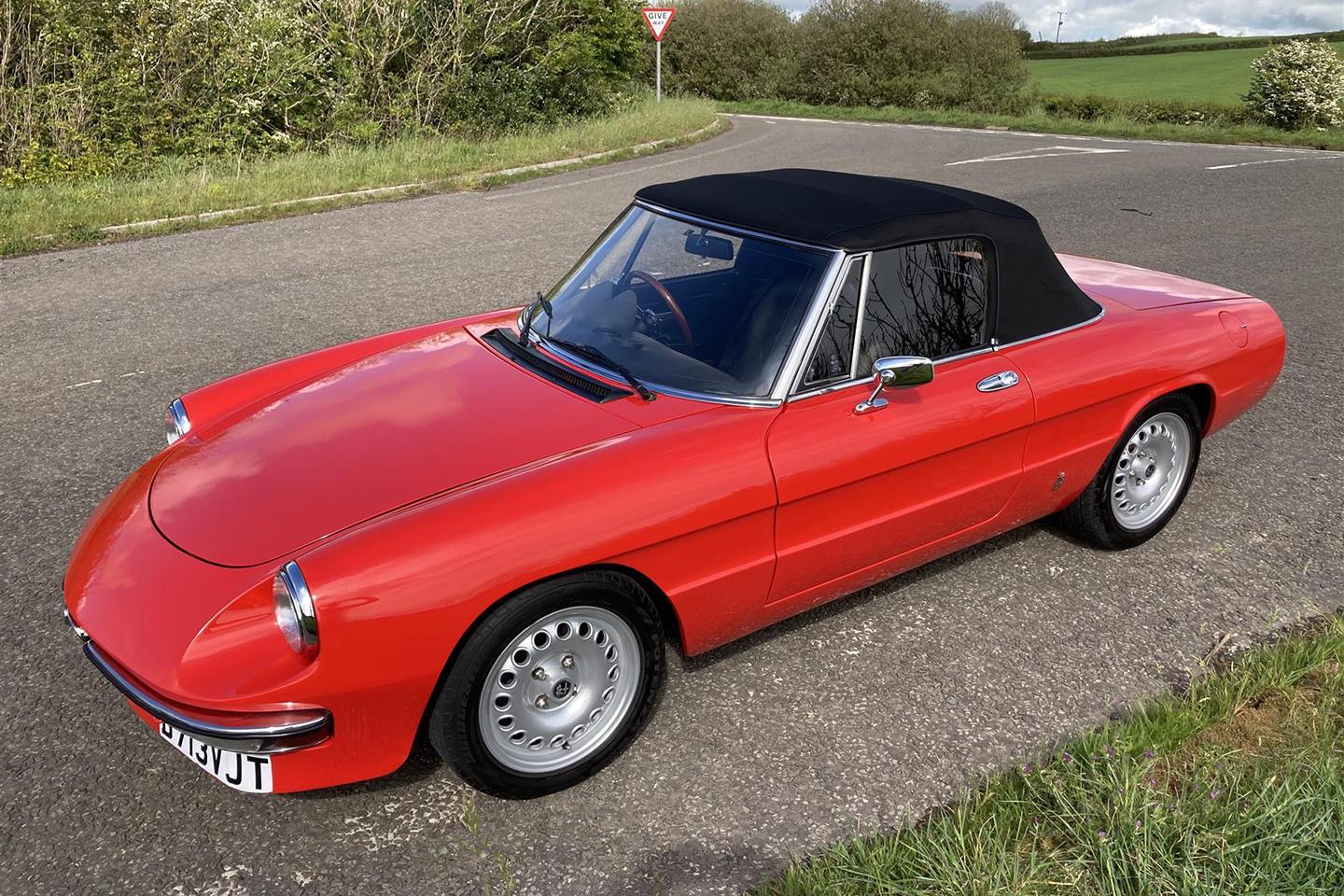 Happens every year, doesn't it? Every January, we say this is the year we're going to use that rainy day fund, the attractive loan rate, or the generous credit card limit to buy a sports car. To get something small, light, fast and fun, to be a bit selfish and remind yourself why driving can still be brilliant sometimes. As someone who really should have bought a Toyota MR2 this time last year, the feeling is all too familiar...

And here we are in August 2021 already - how did that happen? If ever there was going to be a time to prioritise number one, now is it. Road trips are back on, pub gardens are open, track days are in business again - surely now, after such a miserable time, is the moment to get a great sports car. Maybe similar was said last year. Maybe we all just need to buy sports cars.

This Alfa Spider looks the perfect candidate for a bit of late summer, drop-top fun. Because let's be honest here: the best sports cars are red, Italian ones. Be that Fiat or Ferrari, Lancia or Lamborghini, nothing quite encapsulates what we're going on about than what those manufacturers can produce on their best days. The most memorable sports cars are stunning to look at and brilliant to drive - the Italians do it like no other.

That being said, sometimes the dream can be shattered by poorly maintained examples. Or examples that were poorly built in the first place. And that was probably your first thought seeing this Alfa Romeo, right? Its next big birthday will be 40, it's one of just two for sale with a six-figure mileage and it's been modified. Folklore says you must be sceptical...

But look at the modifications. The Spider has had more than £3k spent at Alfaholics, Emerald has added Jenvey throttle bodies and its own ECU and there are Koni dampers fitted as well. The bodywork changes may not be to all tastes, but a recent respray means it's all looking tip top, albeit not so pristine that you wouldn't want to drive it. Same goes for the mileage; there are Spiders out there with 100,000 fewer miles than this, so this won't ever be low mileage - why not get out and enjoy it? As the advert says, "this is an Alfa to be driven enthusiastically with the knowledge that someone has already invested time and money getting it to the standard it is today." And what better way to embrace the two-seat lifestyle than that?

The Alfa is for sale at Era Classics in Cornwall, priced at £15,995. Which, given the work and the condition, doesn't look bad at all - it's hard to imagine a Spider like this ever being worth a great deal less. Yes, it's possible to get one cheaper, but they often come up at an awful lot more money as well. With its healthy mileage and intriguing modifications, this one currently looks the most appealing to drive of what's available. And what is a sports car about if not getting behind the wheel and going for a drive? Best get to Cornwall while there's still a summer left...