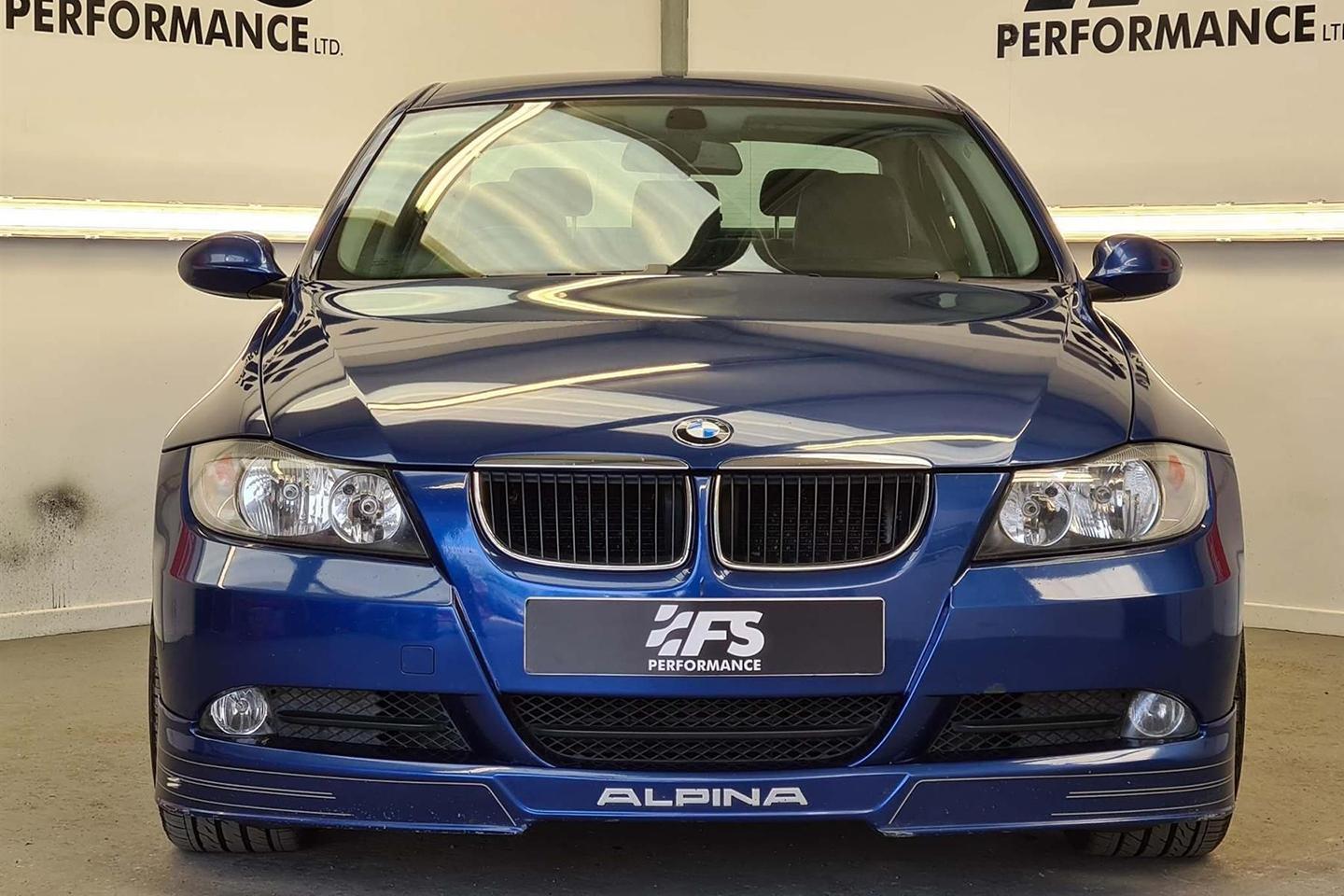 Last week's leggy Porsche 993 received one of the warmest responses of any Pill so far, with much love for its combination of air-cooled awesomeness and an enticing price tag, as well as acknowledgement of the sizeable stones that would be required to take it on and make it great again.

We're taking a bigger risk this week, if only in terms of the likely severity of the critical response. This is a choice that threatens the sort of flaming normally reserved for Burger King's patties. Pill has featured diesels before - in V8, V10 and even V12 flavours - but this is the first time we've expended valuable pixels on a four-cylinder one.

It's not just any old four-cylinder oiler, of course. When the history of the gradual rise (and spectacular fall) of compression ignition engines in passenger cars is written - a book with likely limited mainstream appeal - it seems almost certain that the first Alpina D3 will be remembered as one of the finest examples of the genre. This is a car that didn't so much capture the zeitgeist as lock it in a dungeon and successfully ransom it. The D3 was a smash hit by Alpina's standards.

Diesel sales expanded throughout the 1990s by appealing to the sensible and the miserly, those in search of minimal cost-per-mile transport. But turn of the century saw the arrival of a new type, one aimed at enthusiasts, the so-called performance diesel. And as the Germans did most of the early running when it came to punchier compression ignition powerplants, it soon turned into a bit of a sausage swinging contest of swelling outputs and increasing cylinder counts.

The E46 BMW 330d, launched in 1999, was an early pinnacle. This combined the 181hp M57 six-cylinder engine as seen in the E39 5 Series with the lighter 3 Series to serious effect - a youthful Jenson Button was collared by the French police travelling at 141mph in one on his way to the 2000 Monaco Grand Prix. Button's 5,000-franc fine was a small price to pay for the huge publicity this dramatic proof of the 140mph diesel 3 Series earned BMW. The successor E90 3 Series moved things on even further, slotting the option of a 282hp twin-turbocharged 335d above the 330d.

For tiny Alpina, this escalating arms race posed a serious problem. European buyers were demanding the tuner create a diesel model, but it lacked the engineering resources to extract a meaningful increase in power from the six-cylinder engine. So instead it chose a radically different path, building a less complex and more agile model based on the junior 320d. The base M47 2.0-litre engine was combined with the injectors, turbo and intercooler from the 330d, with a retuned ECU taking peak output to 197hp and 302lb ft of torque.

The D3 was slower than both the six-cylinder 3 Series diesels and its B3 sister, but it was also lighter and more agile. A 0-62mph time of 7.4 seconds was eminently respectable for a diesel at the time, as was a 145mph top speed. The engine was vocal when worked hard, and a bit laggy at lower commitment levels, but enough of Alpina's magical handling fairy dust had been applied to the chassis to mean that mattered little. The D3's suspension was firm without ever being harsh - despite what were then-massive 19-inch wheels - and its steering was incisive and full of feel. Grip was plentiful, and although the balance between axles could be turned amusingly rear-biased, the D3's lack of a limited slip differential prevented tyre-smoking hoonery. Yet despite the agility it was also superb at cruising, feeling planted and unflappable at serious speeds.

It was a combination of virtues that created something close to warfare when Alpina gave a long-term test car to the magazine I worked for at the time. Every Friday afternoon staffers would try to gazump each other with reasons why they should get the D3 for the weekend, even when the car park was full of more exotic machinery. Those without fuel cards fought particularly hard: the Alpina could be beaten like a red-headed mule and still return better than 40mpg.

It was also a bargain, even by the standards of a much cheaper age. When launched the diesel Alpina cost £26,995 - £500 less than a 320d M Sport, although with considerably less standard kit. It was possible to equip the D3 with pretty much anything from the 3 Series options list, as well as some Alpina goodies, but many early buyers were evidently keener on the driving experience than creature comforts, with some even failing to upgrade the upholstery to leather, or the manual air con to climate control.

Early enthusiasm kept D3 residuals as solid and rock-like as Dwayne Johnson; they only started to slacken when the punchier Bi-Turbo replaced it in early 2009. But buying any D3 secondhand has always been made difficult by the simple fact that owners tend to hold onto them for years, many racking up starship mileages - frequently in excess of the 180,000 odometer reading of our Pill. This car is wearing Alpina's trademark combination of metallic blue and those 'seventies style pinstripes. It has the half leather seats, full climate control and what would have been the extra cost option of rear parking sensors, but it doesn't have cruise control, and in-car entertainment seems to be limited to that provided by BMW's boggo single-CD head unit.

A £3,750 asking price makes it one of the year's cheapest Pills, and - as you'd expect - it's not cosmetically perfect. The pictures show scuffs and chips on the front splitter and some minor dings elsewhere. The straight-spoked alloys are in obvious need of a refurbishment - the nearside rear seeming to have lost most of its paint. At least one of the tyres is a Landsail, so not exactly the sort of premium rubber that gives reassurance of unstinting care. The vendor also reports rust on the front offside wing; E90s are generally pretty corrosion resistant, so this isn't a reason to panic about more serious hidden issues. On the plus side, although less powerful the single-turbo D3 doesn't suffer from the infamous chain-snapping issues of the N47 engine that formed the basis for the Bi-Turbo.

This isn't a particularly sensible time to be buying an elderly diesel for more than banger money. Life for those examples incapable of meeting Euro 6 standards is going to get considerably tougher, with a wave of ultra-low emissions zones set to banish them from many urban areas. It likely won't be many years before cars like this are endangered species. But Brave Pill isn't about being sensible, and this D3 is still cheap enough to be used and enjoyed with an eye on a medium-term horizon rather than being treated as a forever car. In terms of sales, the E90 D3 was Alpina's Mont Blanc, and even in its dotage a well-used example remains a compelling alternative to more mainstream alternatives.