A royal favourite and super-rare, this Volante has all you need for a long goodbye to the summer... 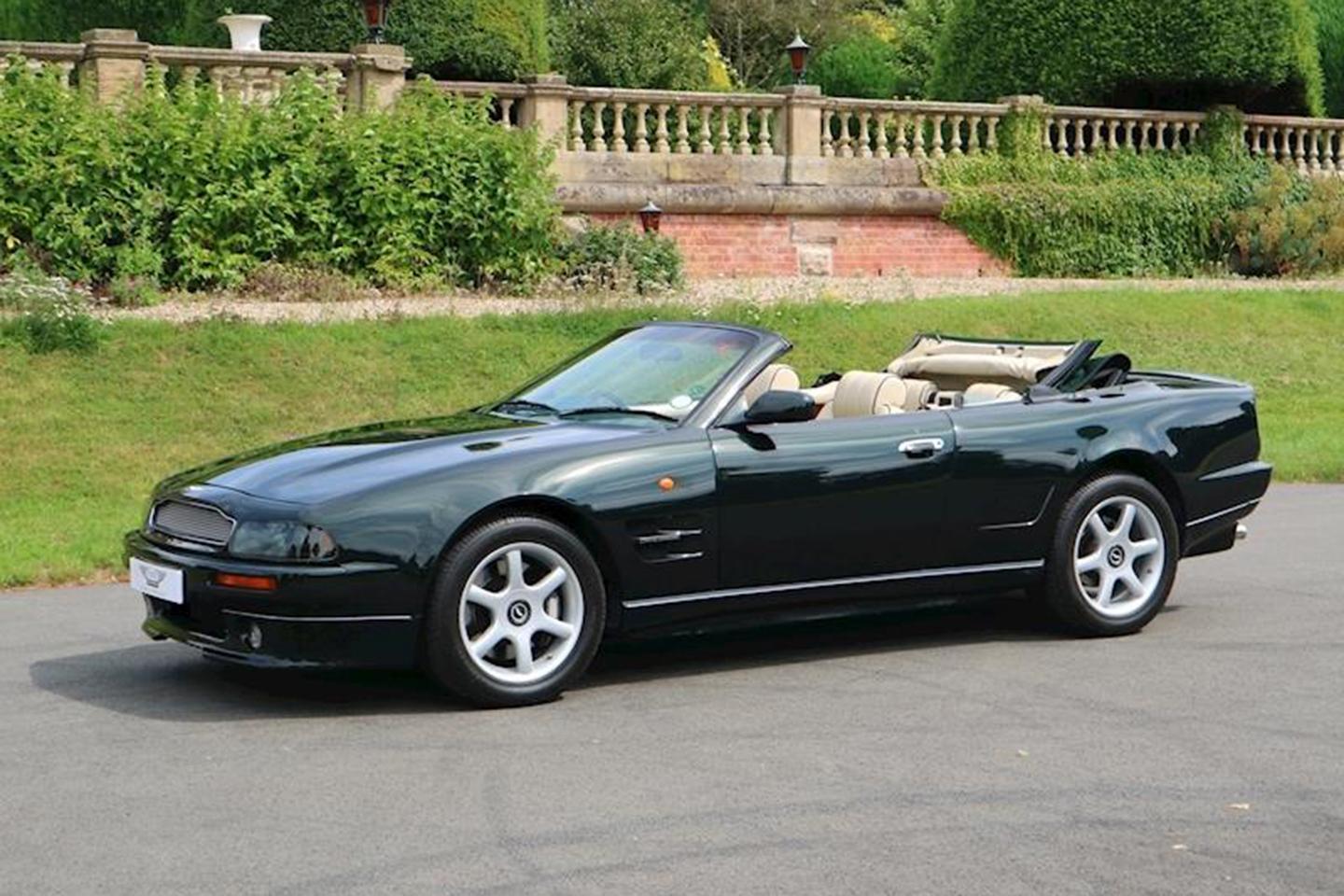 Aston Martin has created some stunning and absolutely iconic cars over its years. The Vantage, the Vanquish, the DBs 1-through-11. There are ones that top the Dream Garage list, and some that adorn bedroom walls - but also some that don't quite make it to the popular forefront. This Volante LWB V8 is one of those.

Don't get us wrong - it's certainly not unloved, so much so that in its official travel book, it was booked out to the one and only Prince of Wales for a trip to a polo event. Most of us just get a Prius as an Uber, but then most of us aren't the Prince of Wales (and if you are, hey, you were great in The Crown.)

The Long Wheelbase model of the Volante was unveiled back at the 1997 London Motor Show and is the only model in Aston's history to have the stretched frame. Said frame offered an additional 200mm of legroom and 20mm of shoulder room in the back, over the Virage Volante 2+2 four-seater, but did result in a kerbweight of over two tonnes.

That said, thankfully it was paired with the same 359hp V8 engine from the Volante V8 Coupe, so it still shifted its way to over 150mph, and from 0-60mph in 6.5 seconds. It was only available with an automatic gearbox, but came with a switchable Sport Mode for making your important passengers feel sick.

The interior is "a symphony" of Connolly leather with walnut veneer and chrome details. There are even two DIN slots for a tape/CD player and a sat-nav screen that flipped out from the centre. The car was even originally an Aston Martin demonstrator with the numberplate AMV8, and racked up just 30k miles, and with just three owners, it's coming to you in prim and proper condition.

The LWB is also helpfully rare. The model was only built for a couple of years, and was hugely expensive even in its day. Just 63 examples are thought to exist. So if you want Aston beauty with non-Aston practicality, the LWB could be for you, available at a smidgen under £180,000.