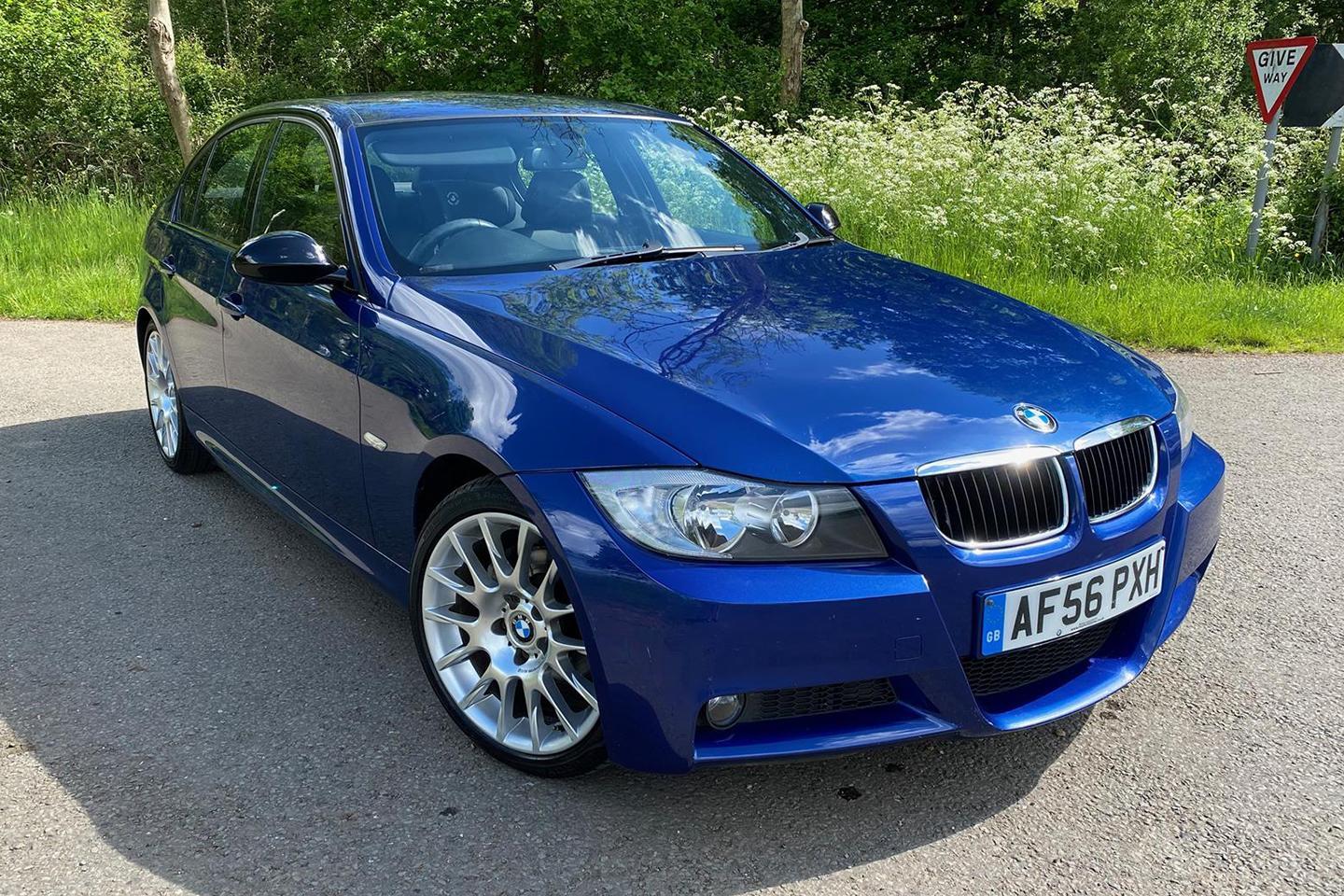 The older the BMW 320si gets, the stranger it looks. It was little more than 15 years ago now - December 2005 - that BMW announced the si to the world, a four-cylinder 3 Series saloon with 170hp and a standard six-speed manual gearbox. Nowadays, when a four-cylinder BMW using a retro badge is the 128ti hatchback, the si looks really odd, but it seemed weird even back then. This was the motorsport-inspired 3 Series that had less power than the six-cylinder ones the manufacturer had been making for yonks. And what's motorsport about if not going as fast as possible?

Let's just say the 320si had very specific appeal. It was built for BMW's WTCC campaign; for 2005 the 320i had won championships in European touring cars, but BMW wanted to improve it for the global stage. To do so required making a road car, thus the 320si was born. Modifications that would have done little for showroom appeal worked for the race car, as BMW won the 2006 WTCC as well, with Andy Priaulx driving.

For motorsport fans, the really dedicated ones, the work lavished on the BMW's humble 2.0-litre was tremendously exciting: the bore was increased and the stroke reduced to help it rev (peak power was at 7,000rpm), Valvetronic was ditched in favour of conventional overhead cams (and the valves were bigger), aluminium alloy cylinder liners were used, the cylinder head was cast in the F1 engine plant and the compression was upped to 11.0:1 from 10.5. All for, um, 23hp. Don't forget that carbon cam cover, though, and the shorter final drive, and the 10kg weight saving...

The 320si at least looked the part, with 18-inch Motorsport wheels (wider yet lighter than standard) and chunkier brakes behind them, and standard M sport suspension at least meant the stance was spot on. BMW claimed the 320si could get around the Nordschleife in less than nine minutes - that's not a misprint, albeit decent for such meagre power.

BMW marketed just 500 in the UK, priced at £25k, making it a pretty tough sell to anyone who didn't know their ETCC from their WTCC and just wanted a fast 3 Series. Now just 179 are said to be on the roads, with well-documented engine issues surely having claimed a few. The block can crack, which is terminal, especially with the cars now worth relatively little. Despite not being stipulated when new, it's now suggested by those with 320si experience to run the car on super unleaded; furthermore, most advise changing the oil every 5,000 miles or so and ensuring the car is really, properly warmed through before chasing the 7,300rpm limiter. There are no guarantees, obviously - but that's the best advice.

Still want a 320si? Good, as this one looks great. A one-owner car with 95,000 miles, it's said to benefit from a full service history and scrubs up rather nicely in Le Mans Blue. It's for sale at just £4,600, or £1,000 more than a comparable 320i. For all that motorsport breeding, geek appeal and rarity value, it must be worth the premium to someone. After all, the only other four-cylinder 3 Series with a touring car link is the E30 M3 - and they certainly aren't £5k. Let's just hope the single owner of this one has treated the engine with the respect it deserves...