You could easily spend £18k on options for the new M4 convertible - or you could have an entire M235i... 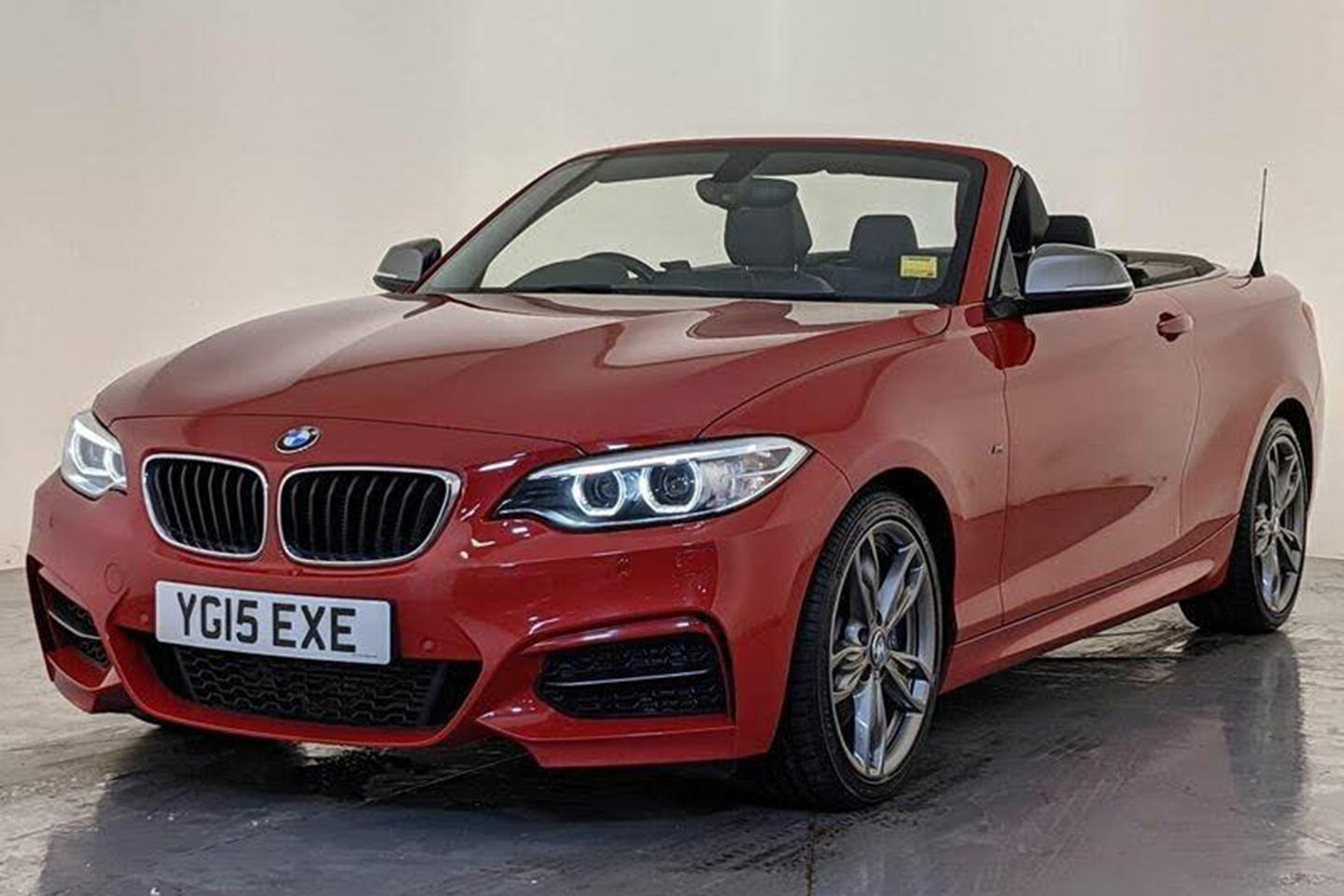 There's nothing that irritates BMW purists quite like a convertible M car, what with their blatant disregard for all that the hallowed tricolour stands for. The new M4 Competition is probably the perfect case in point: heavy, four-wheel drive and automatic-only, it surely wasn't received well by those who call Mr Vanos a close family friend.

But don't be too hasty. For all the division's motorsport posturing, the convertible M car has been part of the line up for a long time; in fact, it's been the only bodystyle that's endured every generation of M3 with the two-door hardtop. Yes, even the E30, the M car famed for its tangible motorsport association. Principles can be damned when there's money to be made, and almost 800 drop-top M3s were produced of the first generation. So it's hardly like BMW is compromising on its ideals with an M4 Convertible; if anything, it would be going back on more than 30 years of tradition...

And with the sun shining, the appeal of new one is clear enough to see. The controversial styling arguably suits the 4 Series cabrio body better than any other, there's space for friends, plus more opportunity to hear what the turbocharged straight-six sounds like - not what the speakers want to relay.

However, as is becoming a familiar trope for this M3 and M4 generation, the convertible looks a lot of money, starting at £81,915. That's before considering options like the £11,250 Ultimate Pack, the £7,995 ceramic brakes or £2,000 Individual leather - it's very easy to add substantially to that total.

So how about an alternative? Yes, new versus used is never fair, but if you want a two-door, four-seat BMW convertible, powered by a 3.0-litre turbo straight-six and with an eight-speed auto, what about an M235i?

Though somewhat overshadowed in the old M Performance line up by the M135i hatch and M235i coupe, the F22 cabriolet had plenty going for it, largely because it shared a great deal with those cars. Yes, it carried an additional 145kg, which blunted it somewhat, but it still reached 62mph in five seconds flat - more than enough for most. And even if it did wibble and wobble a tad, the 2 Series fared better than most in that regard. "If you're going to do something as fundamentally daft as buy a car that's lost a major structural component, the M235i does seem a relatively painless way to do it" was the damned-with-faint-praise PH verdict returned in 2014. But then it's not often that a cut-up cabrio is called "quite decent" around here, either...

Now the early cars are less than half their £40k new price, or very neatly reversing the new M4's RRP; where that starts at £81k, an M235i like this is £18k. Obviously there won't be quite the space, performance or technology of its larger, newer sibling, but that remains quite a difference. It's about a quarter of a tonne lighter, too. This particular one complements the red paint with black leather and has the popular automatic fitted as well - there's a six-speed manual one here for the really committed. It has less than 50,000 miles, the upgraded Harman Kardon stereo and heated seats - vital for early mornings and late nights with the top down.

In fact, with values of old Z4s and M3s strengthening, the 2 Series looks a great way into convertible BMW motoring - this Z4 is the same money but years older. We've not even mentioned the best bit, either; if no design classic as a convertible, nobody is going to tweet about how odd their mate's new car looks if you have an M235i. And that might be priceless.