Fancy a Bullitt look-a-like but without the hassle? Here's one with the current 5.0-litre V8 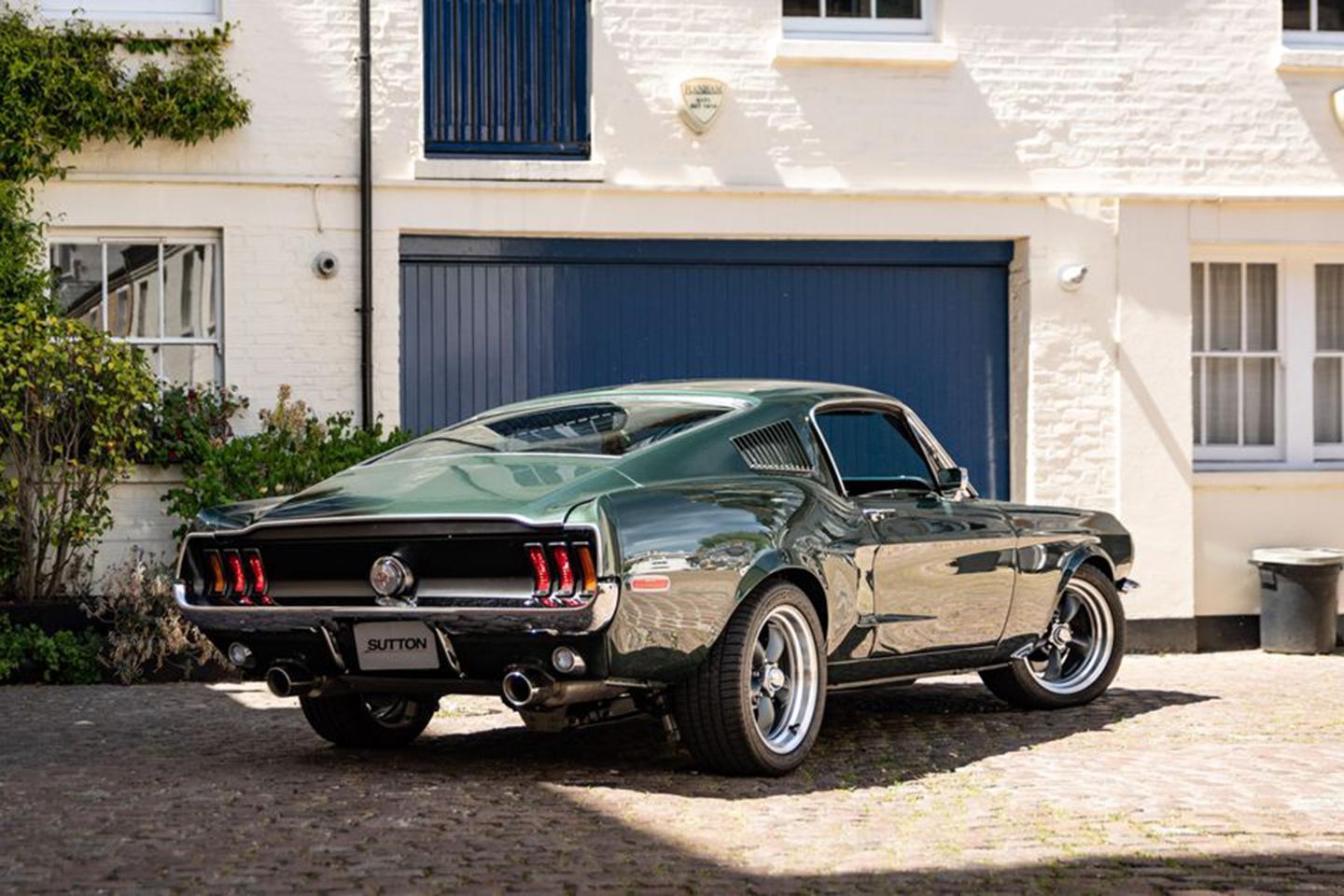 It is conceivable that this Ford Mustang might upset you. After all, mint condition examples from 1968 - a sweet spot among first generation cars, if for no other reason than Bullitt - are not exactly thick on the ground, and turfing out the period V8 does rather sacrifice some of the Fastback life force.

But we've been staring at the pictures for awhile now and it's hard not to get onboard with the 'renewed build' example on sale at Clive Sutton. For one thing, it obviously looks the business - no '68 Mustang painted in Highland Green and brought to a high shine doesn't. It must stop traffic on a British high street.

Then there's the idea of what's underneath. Say what you will about the pleasures of owning and operating a 390 cubic-inch V8, but the naturally-aspirated 5.0-litre 'Coyote' unit from Ford's current Mustang is no slouch. Quite the opposite: the ad doesn't mention output, but given the newness of the engine, we're going to assume circa 460hp. Which is going to feel like plenty.

For the purpose of this restomod, it's twinned with the six-speed automatic, which seems like a missed opportunity - although we're willing to accept that it probably suits the Sunday-drive mindset you'd likely approach the car with. Not that it hasn't been remade for livelier driving; the Mustang now boasts adjustable coilover suspension among numerous other chassis mods.

The overriding theme of course is uprated ease of use. Modern (i.e. dependable) electronics feature throughout and there's even an infotainment system with sat nav and the promise of USB connectivity. Sure, it means the interior has succumbed to a very non-period makeover - one look at the substantial transmission tunnel confirms that - but that's the compromise.

If it seems like the baby has gone out with the bathwater, we understand. Obviously you couldn't claim to own a legitimate 1968 Mustang GT Fastback 'like the one from Bullitt' because it patently isn't. But you'd have something like the next best thing that would start everyday and still feel mighty special. Or you could save yourself £70k and buy this Shelby GT500 from the same dealer. Which would be pretty cool too.