Italian style, American power - and the name of a French seaside resort 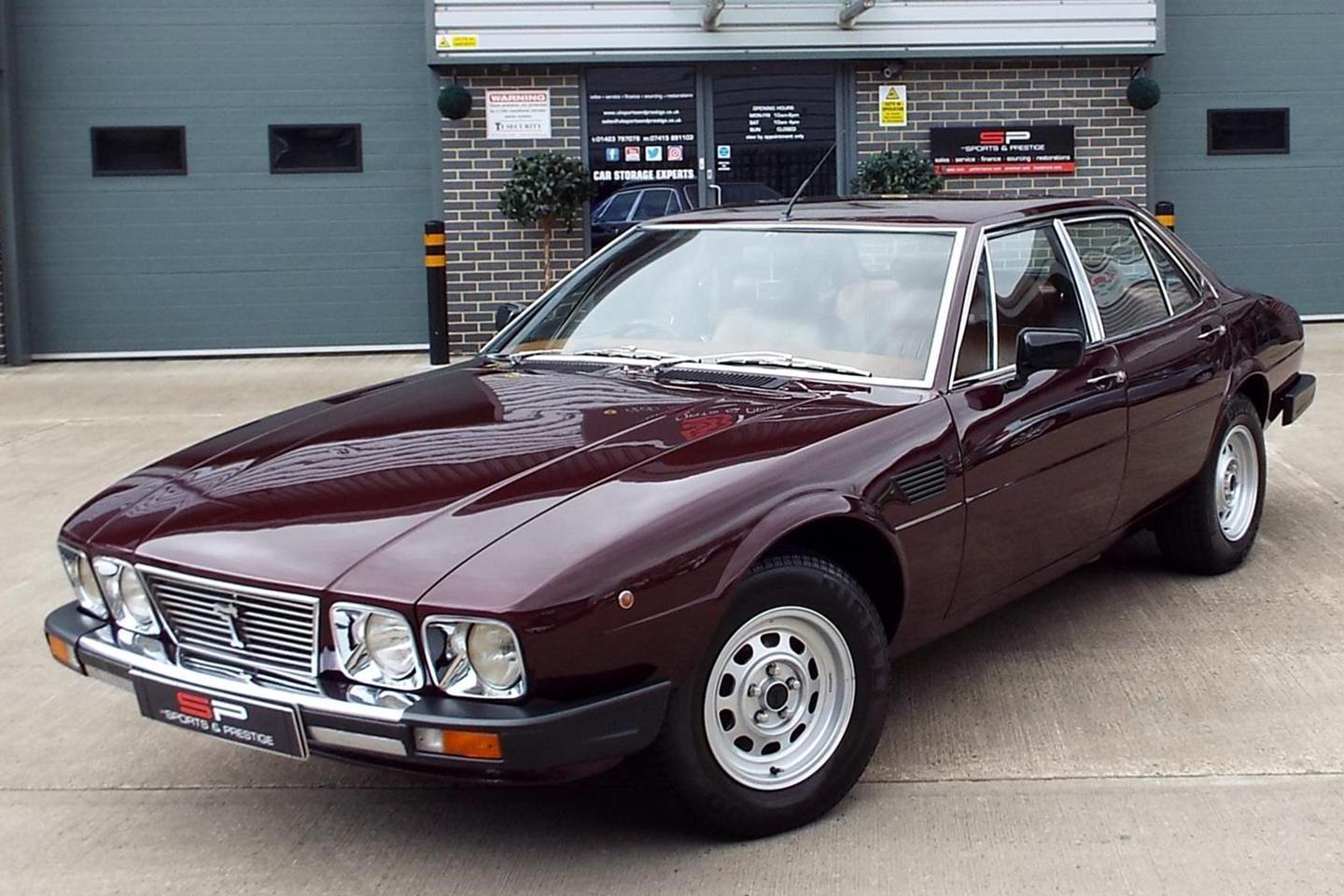 Nobody likes to be too predictable, and the guiding principle when it comes to selecting the faded stars that feature as Brave Pills is that variety is the spice of life. But the dynamics of the market for brawny and adventurous cars means these often come from a small pool of contenders. Last week's 200,000-mile E55 wagon was a fine example, our fifth AMG and 11th V8 powered Mercedes in just over two and a half years.

Such cars offer more than enough mechanical jeopardy to keep ownership interesting and overdrafts exercised, but there is also a well-developed infrastructure to fix them, and experts who will likely have seen common issues so many times they barely suck through their teeth anymore. Which is probably why such Pills are often accused, by more daring commenters, as being safe, tame choices.

Here's one that definitely isn't, a four-door saloon made in smaller numbers than almost any supercar and obscure enough that there is no shame for even a seasoned petrolhead not recognising either name or the car itself. The De Tomaso Deauville is as rare as a fault-free MOT for a 15-year-old Transit van.

To say the Deauville wasn't a commercial success would be to sell it short: it was a commercial disaster. Just 244 were built during a 14-year run - an average of one every three weeks. By contrast Ariel looks like Toyota, knocking out the dizzying total of 100 cars a year. As the last Deauville was built as long ago as 1985 it is a fairly safe bet that your local motor factor isn't going to have obscure trim parts on the shelf. Nor will you find one in the pile of Mondeos in your local scrapyard.

Rare as the Deauville is, the right-hand drive version is even more scarce. According to the dealer selling this example it is one of only seven right-hand drive 'Series 2' cars in the UK, this iteration spanning the period from 1978 to the end of production. If it was an animal it would be on the critically endangered list, with David Attenborough whispering commentary every time it left its lair.

We featured a De Tomaso Pantera back in 2019 and anyone wanting a more detailed take on the company's fascinating history should head there first. Short version: wealthy Argentinian Alejandro De Tomaso came to Italy, did playboy things for a while, and then started his own car company with the plan to combine carrozzeria design with cheap, bought-in American Ford power.

Initially this worked pretty well. The Giugiaro-designed Mangusta looked the part and had a punchy V8 in the back, selling well enough to persuade De Tomaso to develop two new models - a more advanced mid-engined car that became the Pantera, and a three-box saloon.

The inspiration behind the Deauville was obvious. It was unveiled two years after the Jaguar XJ arrived, and although work on the Italian car had begun before the British one was launched, imitation was definitely running at the level of serious flattery. The Deauville was styled by Ghia's Tom Tjaarda, who also did the Pantera, and had several obvious differences to the Jag, including a longer front overhang and a blingier front end. But the De Tomaso's centre section looked as if it could be swapped with the XJ's, as did the falling boot line.

The Deauville's interior was similarly reverential: wooden dash, lashings of leather and a dinky little T-shaped gear selector for the automatic gearbox that most buyers seemed to go for. Plus electric windows - state of the art in the early '70s.

Like the XJ, the De Tomaso was mechanically advanced too, with independent suspension at each corner and disc brakes all round, the rear ones mounted inboard. Under the long bonnet sat a tuned 5.8-litre Ford Cleveland V8 producing over 300hp, a figure that made the Deauville one of the fastest saloons in the world when it was launched. Alejandro De Tomaso boasted of a 230km/h top speed - 143mph in pounds and shillings - which must have seemed as exotic as 230mph in a four-door would now. The founder's claims to have driven a Deauville from Rome to Milan in two hours were less convincing, as that would have required a credibility-threatening average of 180mph.

Hyperbole aside, the Deauville was certainly fast and distinctive, if not quite as handsome as the XJ itself. The name was chosen in reference to the sort of upmarket resort its wealthy owners were likely to use it to head to. It was dressed for success, yet this never arrived.

The Deauville quickly encountered two substantial problems. The first was price; while Mangusta and Pantera undercut Ferrari and Lamborghini, the saloon was 50 per cent more expensive than the Jaguar XJ6 in most markets. The second was that Jaguar had its own plans for a faster XJ, the V12-powered XJ12 launching in 1972. Performance was similar to the Deauville, but buyers showed an understandable preference to spending less money for a smoother V12 over an oddball with a bought-in V8.

De Tomaso's relationship with Ford was also rapidly disintegrating. The two companies had agreed that Ford would market the Pantera in the U.S., but the spectacularly shonky build quality of the versions that crossed the Atlantic led to a falling out and the Deauville was never included in this distribution deal. The saloon's combination of performance and exclusivity did give it friends in high places on this side of the Atlantic, including a pair bought by the Belgian royal family.

Bringing us to this example, which seems to be the only one currently on sale in the UK. It's certainly not cheap, a £64,900 asking price makes it one of our priciest Pills, although still slightly cheaper than the Pantera. The seller claims that, even if fully realised, this figure still represents less than half of what was spent on a restoration just over a decade ago. The advert text says this took five years and cost a dizzying £150,000, and that the car has covered just 3,500 miles since. That seems a pretty poor return for whoever was signing the cheques back then.

Yet their loss could be your gain if you possess both the substantial funds and clanking cojones to contemplate something so rare and exotic. Is anyone going to say this one isn't brave?