The biggest Ferrari now carries one of the smallest price tags 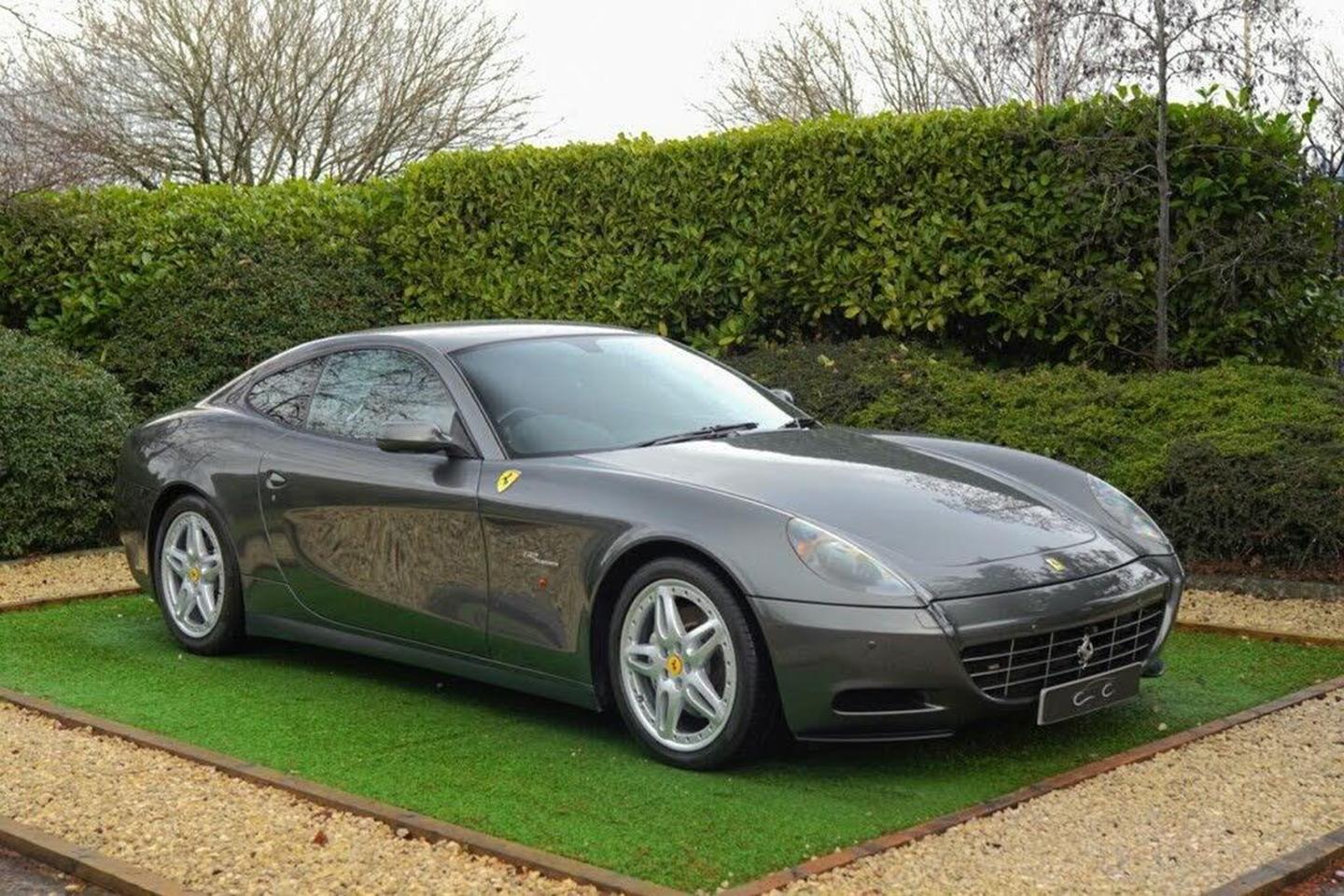 Despite its combination of front-wheel drive and a V6 diesel last week's Citroen C6 - our first French pill - found much love in the comments. Rather than trying to beat it on quirkiness, we've decided to head back to the more familiar hunting ground where the biggest and scariest beasts roam. In our sights, a car at least as brave as it is beautiful, the Ferrari 612 Scaglietti.

'Cheap' is a strong word that is only ever applied cautiously at this end of the market, and more often as insult than compliment. Despite being the least expensive 612 in the classifieds this one is still being offered for just north of £50K - an amount that all barring the best-built company directors will regard as non-trivial. Then there's the equally important proviso that the purchase price is only ever going to be where the spending starts with something so rare and exotic; keeping one in fine fettle will likely come with the sort of invoices that bend tables. Yet, for a smart looking example of a Ferrari that has been out of production for less than a decade, you can't deny this one looks very compellingly priced.

Front-engined Ferraris suffer from depreciation in the much the same unsurprising fashion that bears defecate in heavily wooded areas, traditionally packing lots of y-axis movement into much less space on the x-axis. And that's especially true of the softer, grand tourish versions. With the optional F1 gearbox this 2005 car would have cost its first owner £181,000 before options, the advert suggesting it had another £4400 of extras on top of that.

But while bigger Fandangos might have the residual glidepath of dropped anchors, the financial peril is always front loaded. By 2010 the first Scags were under £80K, by 2015 they'd dropped to around £60K and six years on only the earliest and leggiest cars have fallen below that. Indeed the 612 seems to have achieved neutral buoyancy, values having rallied slightly from their lowest point. It's likely that at least some of this car's 10 former keepers have enjoyed their ownership depreciation-free.

The typically longer lifespan of Ferrari's V12 models means they tend to cross the company's different epochs. The 612 Scaglietti arrived in 2004 to replace the 456 GT - which had been launched as long ago as 1992 - but there is a pronounced similarity to the rear design of both cars. Not so the front, where Pininfarina had taken a radical new direction inspired in part by the 375MM that was turned into a gorgeous coupe by Carrozzeria Scaglietti in 1954. An evolution of the 612's headlight and grille treatment was later used on the early 'F149' California.

The 612's styling didn't receive universal acclaim when it was new, many preferring the 456's wedgier design and pop-up headlights. But there was no arguing that the Scaglietti was both more spacious and more luxurious. Measuring nearly five metres from bow to stern this was the longest car Ferrari had produced to this point, with the extra space giving a cabin that could truly be described as a (tight fitting) four-seater rather than just a plus-two. Trim was impressively plush by brand standards, as was the rest of the driving experience, this being one of the first Ferraris with a multitude of active systems.

While the 612's default dynamic mission was to deliver huge speed with minimal effort, it could also be software-sharpened to an impressive degree. Adaptive dampers gave a pliant ride in their normal mode, with the 5.7-litre V12 happy to be driven on its copious low-down torque. (The transmission was an automated single-clutcher, but less brutal than the earlier F1 boxes.)

But pressing on harder, or choosing the Sport mode, would sharpen the 612's responses, tighten the damping and tell the transmission to hang onto gears longer to let the V12 sing. It was nothing like as aggressive as a contemporary F430, unsurprisingly - the steering was always a bit light for my tastes - but it was more focused than its obvious GT rivals.

Performance won't be lacking, even by modern super-GT standards. Ferrari claimed a 196mph and that the 612 was the fastest four-seater in the world when it was launched, this artfully ignoring the slightly higher official 198mph top speed of the Continental GT. But unlike the Bentley, the 612 came with the possibility of picking a manual gearbox. Despite a £5500 saving over the F1 this was a little chosen option - just 199 612s of all sorts were made with a clutch pedal - but these days the manuals command a chunky premium. Our Pill represents pretty much the lowest ebb for current 612 values. It is an early F1 with its combination of multiple owners and 57,000 miles likely to get the doubters doubting.

But more rational sorts will be able to do the maths to work out the odometer reading as representing an unfrightening 3500 a year average, with a glimpse at the MOT history behind the obscured plates confirming the sort of steady, continuous use that reassures on a car like this. The record throws up nothing else of note beyond semi-frequent warnings of worn rear tyres. Our Pill is early and basic enough not to have the optional carbon-ceramic brakes, cutting down one possibility for sizeable expenditure.

There are plenty of other big bills in the future of whoever buys this one. Regular servicing is expensive, and although the engine doesn't need to be removed to change the cambelt, this still needs to be done every five years or 30,000 miles. But the inevitable non-routine spend can be eye watering given the cost of spare parts. Some of the flimsier switches are prone to expensive breakage and even relatively innocuous components can carry chunky prices. One 612 owner reported being quoted £2000 for a headlight unit and £5000 for a new sat-nav head unit, which could well be why our Pill sports an aftermarket double-DIN unit.

If you're looking for no-hassle A-to-B transport then keep looking. Yet although any 16-year-old Ferrari will be at the red end of the risk spectrum, this one could also be surprisingly prudent as a short-term investment. Given the flatness of values it might even be possible for a precision in-and-out ownership raid while getting back an impressively high percentage of what you paid. This is a modern Ferrari fitted with one of the company's most charismatic powerplants. It might not be sensible, but it's certainly defensible.