Brawny, go-faster pick-ups are all the rage. The Seeker Raptor GT gets you halfway there 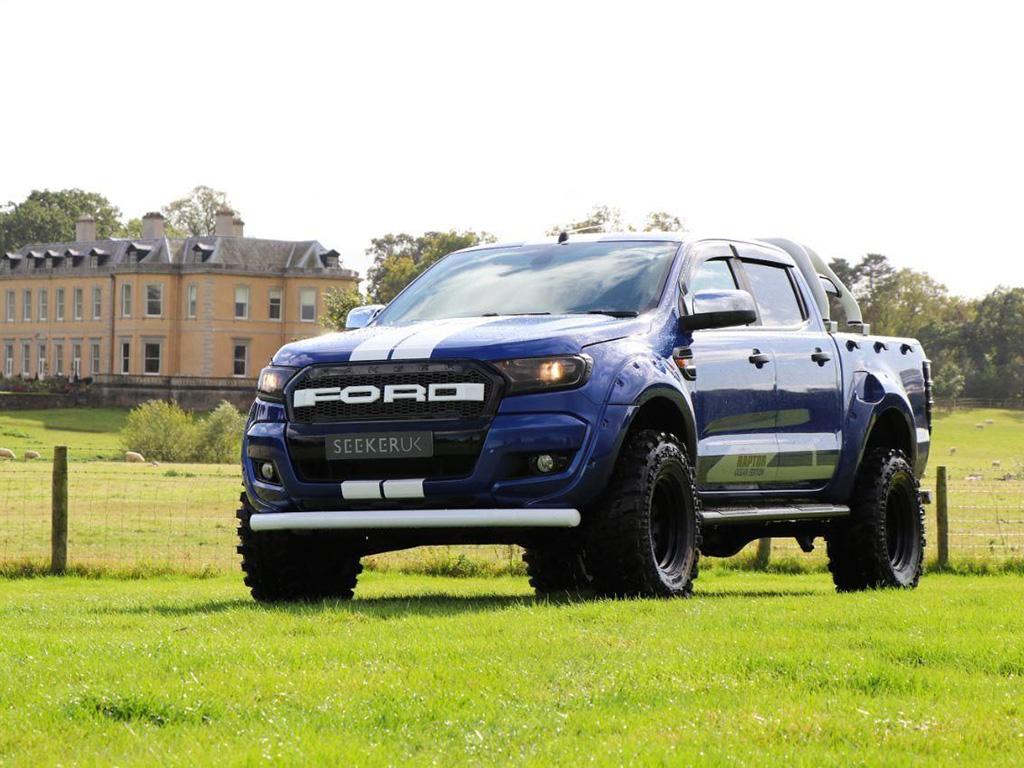 As was mentioned in our coverage of Jeep's new "Desert Rated" Gladiator Mojave last week, big sporty trucks are capable of generating the sort of counterintuitive appeal that has even the most sophisticated crowd day-dreaming about breakover angles and hydraulic bump stops. (Un)fortunately, they aren't particularly practical, affordable or even necessary on this side of the pond - although the same could be said for many of the more conventional performance cars that grace these web pages.

If a beefed-up truck is what you're looking for, odds are it'll be for the aesthetic which takes precedence over any sort of dune-jumping, river-fording or rock-crawling ability. After all, you hardly need uprated shocks, a reinforced sump guard or 14 inches of suspension travel to drive to the gym. Which is where things like today's Spotted come in.

Don't let the Raptor name fool you, with just 160hp from its 2.2-litre diesel engine - rather than the 213hp offered by the real thing - this isn't one of those. Being a 2016 car it was likely named in honour of its F150 big brother, long before the concept of an official Ranger Raptor reached these shores. Does it even matter, though?

Ford's own take on the concept hardly offers the same sort of remarkable performance gains found in that F150, taking a leisurely 10.5 seconds to reach 62mph. And it starts at over £48,000. This will see to the same speed in 11.8 seconds and set you back considerably less than half that, while being just a bit of black marker on the front grille away from offering a similarly menacing style.

Built by Seeker, which claims to be the UK's largest pick-up truck styling company, with over 45 projects in build at any one time, there's much to like about the GT Retro Edition. For starters, it's based on a standard Ranger double cab, for many years now the go-to option for UK pick-up buyers. It'll push, pull and carry pretty much anything a civilian user can throw at it, all whilst offering seating for four and a half and familiar Ford cabin architecture and build quality.

Then there are the aftermarket additions. Modifications including - but by no means limited to - a lift kit, widebody arch kit, black out pack, side steps, roll bar, bed liner, Shelby-style racing stripes and chunky off-road tyres, which combine to deliver precisely the same ultra-aggressive look you get with Ford's OEM equivalent. What more do you need? They say you should never judge a book by its cover, but that doesn't stop people from doing so. And whether or not it has the go to match the show, the Seeker Raptor's dust jacket tells exactly the story its designers intended.