Is the cheapest, leggiest S2000 in the classifieds courageous enough to be a true Pill? 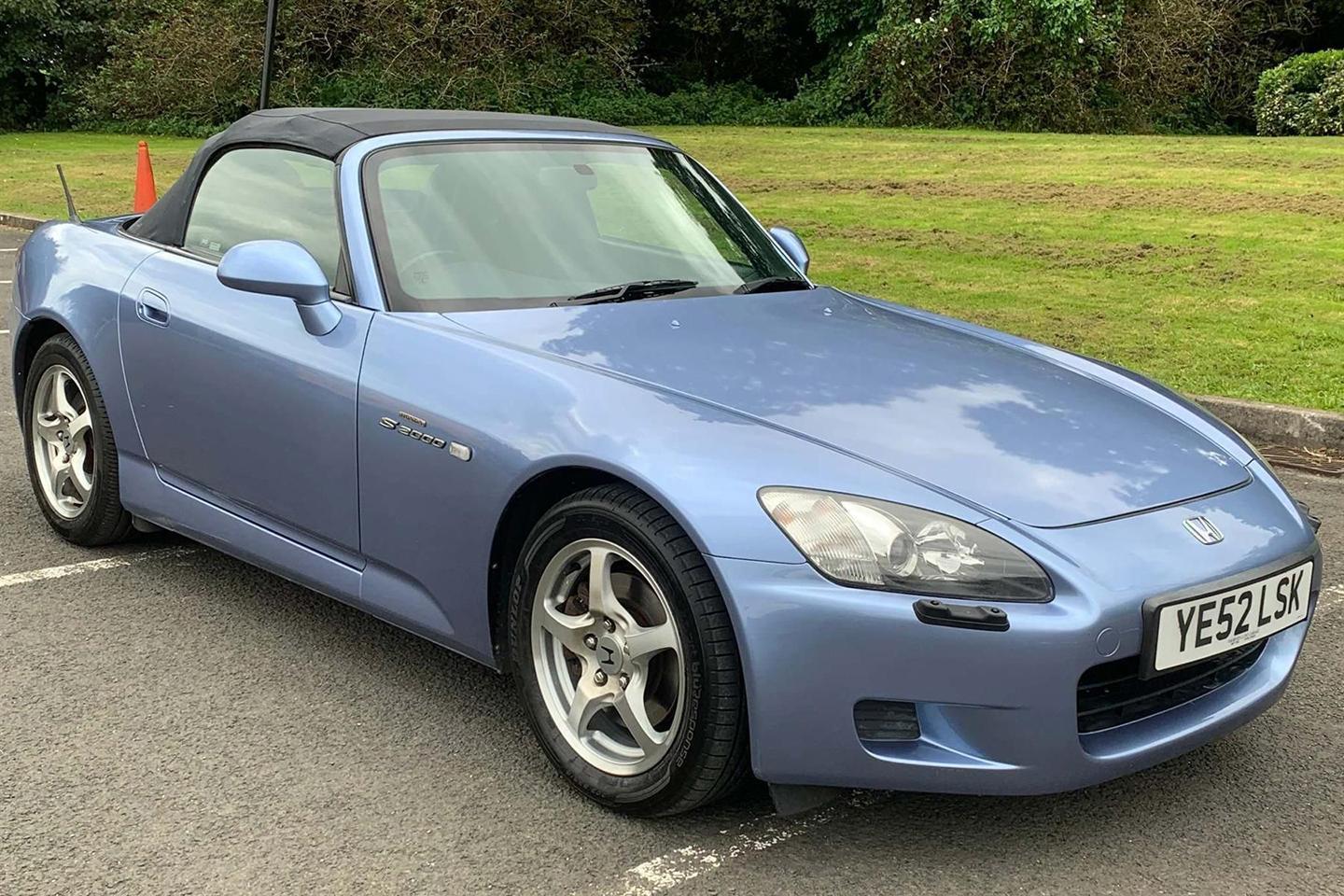 Given it was clearly impossible to top last week's £3995 Mercedes S600 - the bravest-ever Brave Pill - we've opted to turn the dial down by several notches this week and bring you something completely different: a Honda S2000. So like going from the mosh pit of a death metal concert to the back row at a chamber music recital. Yet while no Honda can be considered brave in absolute terms, this one is braver than the rest.

Only a modest amount of hazard comes from the car's mechanical components, with the S2000's rev-delirious engine as close to being bombproof as anything capable of 9,000rpm could ever be. More peril comes from the roadster's documented tendency to rust, an affliction our Pill seems to have suffered from in the past. But the greatest jeopardy for any early S2000 comes from handling that can catch out the unwary and even the moderately wary alike.

Honda was a very different brand in the nineties, a time before the average age of its buyers started to climb towards the same decade. It was clever and engineering-led, a company which took pride in cool technical solutions and exciting products. To celebrate its 50th anniversary in 1999 Honda decided to push the boat out with two new models - the worthy, future-looking Insight hybrid, and the more traditional, but more thrilling, S2000.

Honda had been dropping roadster hints for several years prior to confirming production, and the S2000 basics were hugely promising. This was to be an all-thrills, no-frills roadster that would use the world's most advanced four-cylinder engine, a 2.0-litre naturally aspirated unit that, thanks to the miracle of Honda's VTEC variable timing and the company's mastery of tolerances would make a dizzying 240hp at 8,600rpm, meeting its limiter 400rpm later. Even by the standards of a much revvier era those figures still seemed impossible, and meant the Honda would have a higher specific output than any contemporary supercar. Dual wishbone suspension, a clever reinforced structure and an early implementation of electric power steering were other highlights.

When journos got to experience the S2000 in 1999 we discovered that the screaming engine was every bit as special as we hoped it would be. Although the peak 150lb-ft of torque was delivered at 7,500rpm, the motor was reasonably tractable lower down, and the ultra-slick action of the six-speed manual transmission made changing gears a tactile pleasure. But revs always made it better, especially beyond the 5850rpm where the VTEC shifted the cams to their more aggressive profile, bringing a harder engine note and a head-nodding bump of acceleration. Even under the hardest use it felt unburstable.

The S2000's engine was great, its chassis was less so. Expectations that the Honda would share the accessible manners of Japan's other native rear-drive roadster were soon dashed. The Mazda MX-5 had always seemed happiest when exploring the slidey hinterland between traction and oversteer, but the brawnier S2000 was all about grip. Without traction control it was entirely possible to overwhelm the adhesion of the Honda's Bridgestone Potenzas, but the transition to sliding was snappy and hard to catch.

It was a point made at the 2004 Autocar Sideways Challenge, when the S2000 was chosen as the means of separating the front runners who had proved themselves in their own cars. Few managed it; even the handiest hands could manage less drifting than spinning in the hair trigger Honda. At road speeds the snappy manners were less of an issue, but in the wet an early S2000 still needed to be treated with proper respect, with a fair number wrapped around trees and road furniture when 'exciting' turned to 'exiting backwards.'

Suspension tweaks and geometry changes tamed the S2000's limit handling over time, although they never turned it friendly. The biggest revisions were made at the same time the car got a modest visual makeover in 2004. Many owners have also given their cars a variety of mechanical updates over the years thanks to an active tuner culture, some of which have been accompanied by some very Fast & Furious styling tweaks.

Not so our Pill, which appears to be an unmolested pre-facelift car, although late enough to have gained the worthwhile addition of a glass rear screen in place of the original car's plastic hood window. It is also being sold with the desirable option of a hardtop. It looks like conspicuously good value, a £6,995 asking meaning it's nearly half the price of the next cheapest S2000 currently in the classifieds. While S2000 values have been steadily rising over the last few years our Pill's 158,000-mile odometer means it's always likely to be fishing in a smaller and more courageous pond when it comes to potential buyers.

A look at the MOT history shows that most of those miles were acquired early on - it has averaged just 2,000 a year since 2013 - but also prove constant use and that attention has been paid to the various issues testers have turned up. Most of these have been too minor to scare the sort of fire-breathers who consider Pill purchase. But given the S2000's well documented tendency for underbody corrosion there are a couple of pink flags in the record. In 2014 the car failed on excessive rust near the near-side seatbelt anchorage and the following year the examined noted "corrosion setting in throughout the vehicle." Things have got less scary since then, although grot in both the rear sub frame and nearside sill has triggered advisories.

Other things can still go wrong, of course. The S2000's zingy engine is meant to get regular maintenance - the oil is meant to be changed at six month/6,000 mile intervals - and our Pill's advert lacks any claims about service history. Brake calipers are prone to seizure and the geometry bolts that allow the suspension to be adjusted often rust solid and need to be persuaded out with heat, violence or both. Not a very scary list of risks, admittedly - especially not compared to those associated with last week's V12 Mercedes. But while the risk is small the potential reward of a low-cost S2000 is still considerable.